A bleg for Chris, Melody and Christopher


Readers will recall our earlier mention of Chris Byrne, who's fighting a particularly nasty thyroid cancer and the related health issues it's inflicted on him.  He underwent major surgery last August, which left him looking like a man with a second smile.  Since then he's been battling to get his body chemistry back in balance, and recently announced he'd lost 100 pounds since the surgery - a huge step forward.  He's still pretty sick, though, and has a long way to go.  His wife Melody has been a tower of strength for him through it all, but it's taken its toll on her too.

Amidst all these difficulties, there's some very happy news to report.  Chris and his wife Melody have just announced the birth of their son, Christopher Byrne V.  He looks, if not happy, at least healthy in the pictures they've posted.  Heartfelt congratulations to them both. 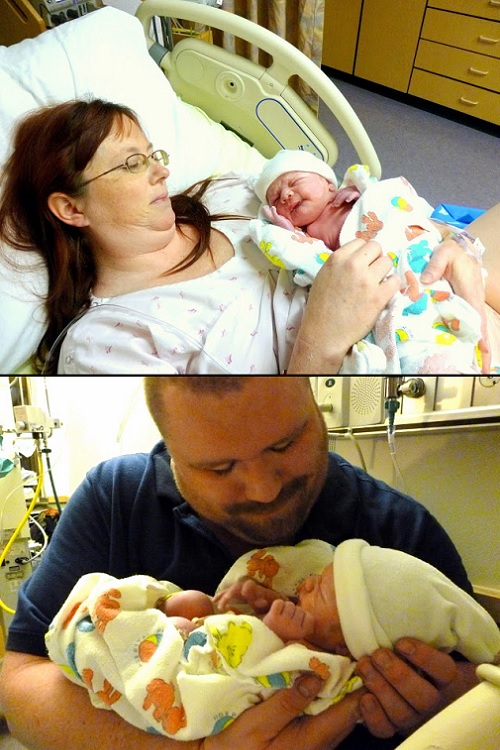 Now for the bleg.  Chris has (for obvious reasons) not been able to work at all for some considerable time, thanks to his cancer, and Melody hasn't been able to work full-time due to the demands of caring for him (and for herself during her pregnancy).  She'll be off work for some weeks now, of course, while recovering from the delivery.  They're very short of funds, so much so that they recently tried to sell a couple of their firearms (I don't know whether they had any takers).  As Chris acknowledges in his blog post announcing the birth of their son, their friends (among whom Miss D. and I are honored to count ourselves in cyberspace, even though we've never met them in meatspace) have helped as much as possible, but they're still very, very short of money.  They're battling to keep their home and live from day to day, and of course their medical bills are running well north of six figures by now.

May I beg the indulgence of my readers, and ask you to please consider hitting their tip jar with a donation?  As a blogging community, authors and readers alike, we did pretty well for Tamara recently.  Let's see whether we can't do as well for Chris and Melody.  If you'd prefer to donate things rather than money, they've opened three baby registries as well - you'll find links in their birth announcement.

They don't open comments on their blog, because of the difficulty in not being able to moderate them and get rid of spammers under present circumstances, but if you'd like to send them an encouraging word as well, please e-mail it to me (my address is in my blog profile) and I'll forward it to them.  (I won't post their e-mail address directly, so as to preserve their privacy.)  They may respond directly, or as a group response on their blog - I'm not going to second-guess them on that.  However, I'm sure a response of some sort will be forthcoming as soon as they've caught their collective breath.

I'd be grateful if those of you with your own blogs would please pass the word to your readers as well.  Chris and Melody are part of our blogging community.  Let's look after our own.

Done, and thanks for putting the word out Peter!