An aircraft near to my heart

Reader Snoggeramus writes from Australia with the news that a well-heeled aviation enthusiast there has spent upwards of $2 million (presumably Australian dollars) on restoring a World War II-vintage Bristol Beaufort torpedo-bomber. 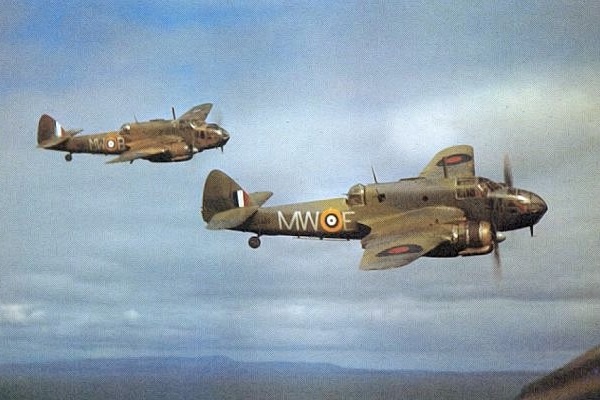 
The Beaufort was developed from the earlier Bristol Blenheim Mk. I bomber, shown below. 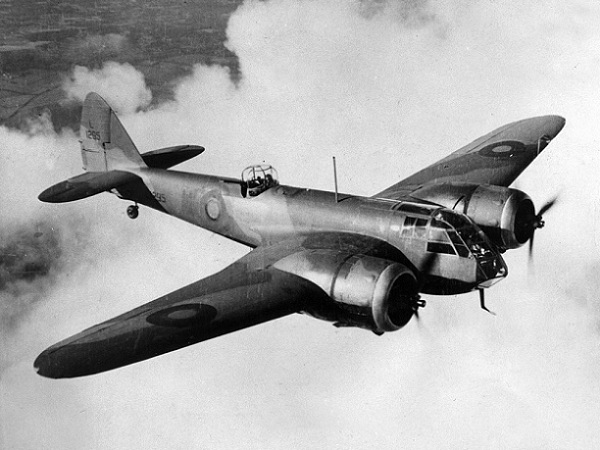 The Blenheim and Beaufort are aircraft of great personal significance to me - because without them I might never have been born!

I wrote about my late father's wartime service with the Royal Air Force in Weekend Wings #9.  He was an engineer officer.  In 1941 he was dispatched to Singapore aboard a troop convoy, but thanks to his prior experience with Blenheim bombers, he was taken off his ship at Durban in South Africa to help solve an engineering problem that the South African Air Force (SAAF) was experiencing with its Beauforts.  He was successful in doing so:  but while he was occupied with this task, the rest of his RAF detachment went on to Singapore . . . arriving just in time for the invasion of Malaya and the Battle of Singapore.  Those who survived the fighting became prisoners of the Japanese.  Only about a third of them came home again in 1945.

If Dad hadn't had prior experience with Blenheims, he'd probably not have been considered sufficiently knowledgeable about the derivative Beaufort type to be called upon to help solve the SAAF's engineering problem.  That would have meant that he, too, would have gone to Singapore, and would have had no better than a one in three chance of returning home alive from there at the end of the war.  As it was, he went north from South Africa instead of east, serving in the Western Desert and Palestine before returning to England in 1944 (see Weekend Wings #9 for details).  He and my mother went on to have four children;  so, in a sense, all of his offspring owe our lives to the Beaufort and its engineering problems!

Australia produced about 700 Beauforts and used them in the war against Japan in the South Pacific.  Wikipedia provides details of these Australian-manufactured aircraft. Snoggeramus was kind enough to upload to YouTube this Australian news report about the restoration of what must surely be the last surviving Australian Beaufort.


Thanks, Snoggeramus!  Much obliged to you.