Britain is a partner to the USA in the War on Terror, and has suffered many casualties among her armed services while fighting in Iraq and Afghanistan. Just as in this country, charities have been founded there to help wounded servicemen and their families. One of them is Walking With The Wounded, which has just dispatched a team of current and former servicemen, all of whom have suffered serious wounds in combat, to climb Mount Everest. The Telegraph reported last week:

Wounded British soldiers will begin a climb up Mount Everest on Saturday, aiming to reach the summit for the Queen's Diamond Jubilee.

The team of five current and former British Army soldiers are part of the Walking with the Wounded charity and were waved off by Prince Harry, its patron, on Tuesday. 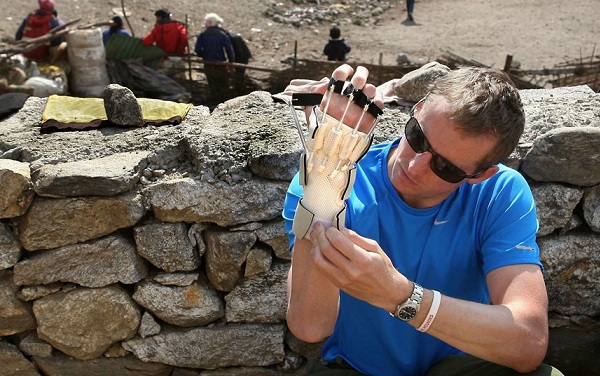 The soldiers, which include one soldier who lost an arm and one who was shot through the chest in Afghanistan, will take the normal South East Ridge route pioneered by New Zealander Sir Edmund Hillary and Tenzing Norgay Sherpa in 1953.

The team climbed Mount Manaslu, the world's eighth tallest peak at 26,781 feet in western Nepal last year as part of their training for Everest, the world's tallest mountain at 29,035 feet. 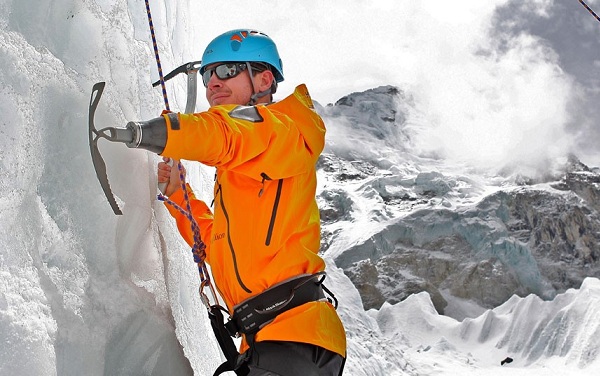 They will set off for Base Camp on Saturday, and aim to reach the peak in May.

"It is teamwork," said David Wiseman from Tadcaster, a 29-year-old captain shot in the chest during a battle with the Taliban in 2009. "If one guy finds a particular thing like using the crampons difficult, the others can help him."

There's more at the link, along with an image gallery of the team's preparations in Nepal (from which the pictures above were drawn). Here's a video appeal from the charity explaining more about the climb.

I know many of my US readers support local charities assisting wounded service personnel. May I suggest that my UK readers, of whom I think there are a couple of hundred, might wish to support Walking With The Wounded? It looks like a worthy cause to me, and I can only take my hat off to salute the grit and determination shown by the climbers.

The best of luck to all concerned.

A worthy cause indeed, but pushing money their way is extremely tedious.