Here goes with another look at bits of the blogosphere that caught my eye over the past week.


Through a link I can no longer recall, a blog called Science Musings caught my eye.  The author, Chet Raymo, is a professor at Stonehill College in Massachusetts, and a well-known writer.  Try these two posts to whet your appetite:

"Does watching a slasher movie satisfy the same itch that Congolese rebels work out with their machetes? Is a shoot-em-up game controller a sublimated AK-47? I don't know the answers, but I suspect the human animal, the male especially, has blood on the genes."

All that is gone now.

What was the nature of the transformation? Did human nature change? Did a fear of the other inbred by millions of years of evolution suddenly vanish? Or was fear of the other suppressed by a cultural upwelling of an innate altruism?"


Mike "Mish" Shedlock is no stranger to these pages - I've quoted from his excellent Global Economic Analysis blog many times before.  He shares an interesting e-mail from an economist friend containing 12 economic predictions about China.  An example:

"Non-food commodity prices are set to collapse over the next three to four years.  'Collapse' is not too strong a word.  China’s share of global demand for such commodities as iron, cement, copper, etc. is completely disproportionate to its size and almost wholly a function of its very high growth in investment.  As investment growth drops sharply, as it must, global demand for non-food commodities will plummet."

Also on the economy, Charles Hugh Smith explains 'Why the Middle Class is Doomed'.  Very informative . . . not to mention extremely worrying, for those of us who consider ourselves 'middle class'!  It's hard to argue with his conclusions.


The Feral Irishman brings us this 'Internet Addiction T-shirt': 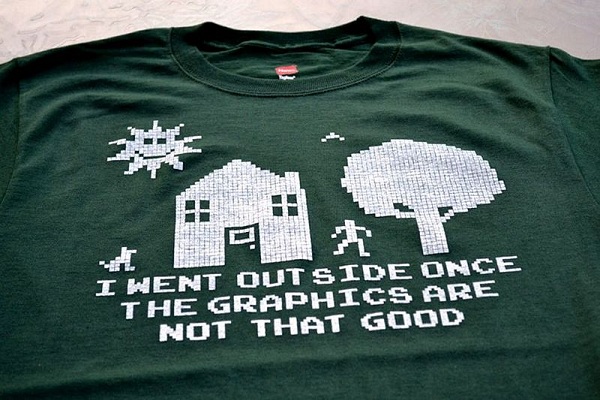 Nordo News, a blog by the operators of a small airport in Indiana, describes the damage inflicted by a recent and most unwelcome guest - a tornado.  What's even more interesting from my perspective (having been involved in relief operations following Hurricane Katrina in 2005) was their trials and tribulations with government and private-sector relief operations.  Here's an excerpt.

After disasters like these, everyone is told to file with FEMA to see if there is any assistance available. Folks then spend twenty minutes filling out a long form which requires them to offer up all sorts of information about their lives. Finally, the very last thing you are asked is “How much do you make?” 99.99999% of the time, this income is too high to receive any “FEMA money”. In fact, the threshold for “FEMA money” is so low that you would damn near have to be homeless to qualify for it. Oddly though, before our area was declared a disaster area, FEMA, TSA, Homeland Security, and the SBA came to our home to run up the tab.

Well, to be declared a disaster area there has to be a certain dollar amount of damage done to the area. Without that level being reached, these groups don’t get money to play with. Therefore they go around looking at things that were damaged and dream up wildly inappropriate dollars amounts to assign to them. Thus they, the foxes in the hen-house, run up “the tab” in order to get additional tax money allotted to them so they can go around collecting more information on you or handing money out to people who likely didn’t have $31,000 worth of stuff to begin with.


Go read the whole thing.  It's quite an eye-opener, and reminds us that if disaster strikes, basically, we can't rely on the government or any large bureaucratic organization like the Red Cross.  In my own experience, you're much better off with local groups, helping their own people.


The World's Only Rational Man remembers why he detested the late Mike Wallace.  I know one isn't supposed to speak ill of the dead, but in this case, I agree - Mr. Wallace deserves it.


The indispensable Al Fin gathers together information about a number of new approaches to online learning, some of which appear to offer very viable alternatives to traditional means of education.  If you want to upgrade your qualifications, or you have children who are at school or preparing for college, you need to read this.  Also, in an earlier article, he discusses the emerging technology of transcranial direct current stimulation (tDCS).  It appears to offer a radical new way to improve the functioning of our brains (which, of course, is directly applicable to learning and study).  According to Al Fin, a new, low-cost 'do it yourself' tDCS kit is about to come onto the market, priced at only $99.  I must look into that . . .


The US armed forces come in for a lambasting this week from a couple of bloggers.  I can't say it's undeserved.  First, Mike Shedlock looks at small wars, military waste, and why Congress wastes money on useless defense programs.  He has some interesting information on a private-sector naval initiative (shown below) that certainly demonstrates imagination and 'thinking outside the box'. 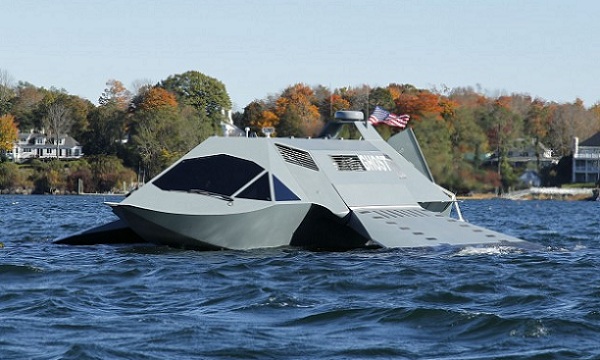 However, it's got to overcome the 'Not Invented Here' syndrome and get past the 'big-ship' admirals.  I won't be offering or taking bets on whether or not that will happen, but I daresay its developers will have their work cut out for them . . .

Next, the always interesting and provocative Winslow Wheeler fires a broadside:  'Lies, Damned Lies, and The Pentagon’s Latest Budget Numbers'.  Here's an excerpt.

... according to DOD, the Pentagon’s overstuffed acquisition menu is going down from 96 major programs to 85.  This would seem to indicate that all those cancellations mandated by former Secretary of Defense Robert Gates, who was credited with canceling “over 30 major defense programs,” are finally beginning to actually occur, and progress is being made in getting DOD’s out of control acquisition ambitions under control.

But we learn from the GAO report that while 14 SAR [Selected Acquisition Report] programs are indeed being taken out of the system, as many as 16 new programs are being added.

It appears likely that the total number of MDAPs [Major Defense Acquisition Programs] is not declining but ultimately increasing.  Needless to say, we are left clueless about this future development from DOD—just as we are about how DOD plans to pay for them (and the rest) with declining budgets.  (Actually, if you have observed DOD for any time you already know: they’ll accelerate the death spiral.)


There's more at the link.  Very worthwhile reading for those who follow military affairs.


I was led to the blog 'Guns, Guns and More Gosh Darn Guns' by an e-mail from a reader who wishes to remain anonymous.  An article there titled 'Stand, Move, or Seek Cover ... What Works in a Gunfight' proved very interesting.  It's well worth reading if you're interested in defensive shooting.  (Oh - and while we're on the subject of firearms, Cracked has a fun article on '6 Stupid Gun Myths Everyone Believes (Thanks to Movies)'.  Good for a giggle, and also very informative.)


Rev. Paul offers one of the best 'snappy answers to stupid questions' that I've read lately.


A number of bloggers offer their take on recent political developments:

Finally, Dr. Whitecoat brings us a heart-wrenching tale of life and death in the emergency room.  It's well worth reading, and I don't mind admitting it brought a tear to my eye.  Go read it yourself - and then go tell your loved ones how much they mean to you.  You never know when you may run out of time to do so.


More from the blogosphere next week.

If you can find Chet Raymo's books I highly recommend them, especially his essay collections. They are a thought-provoking blend of science, poetry, and questions about faith.

In my own experience, you're much better off with local groups, helping their own people.

That will be good for a few visits from the usual suspects.

Thanks for the link.

That article on the 6 Stupid Gun Myths was fun, but missed one of my favorites: silencers are dead quiet. In a movie, a suppressor lets out a sound about as loud as a fart in a bathtub. In reality, they just take the sound level down from the ear-damaging to just painfully loud.

Thanks for the link.

Thanks for the link, I appreciate it.


Just as and FYI, the study as posted was not my research but that of Greg Ellifritz. More info on Greg can be viewed here: http://tdiohio.com/staff/