On April 25th each year, Australia and New Zealand celebrate ANZAC Day.  It was originally established to commemorate their troops who landed at Gallipolli in the Mediterranean on that date in 1915. 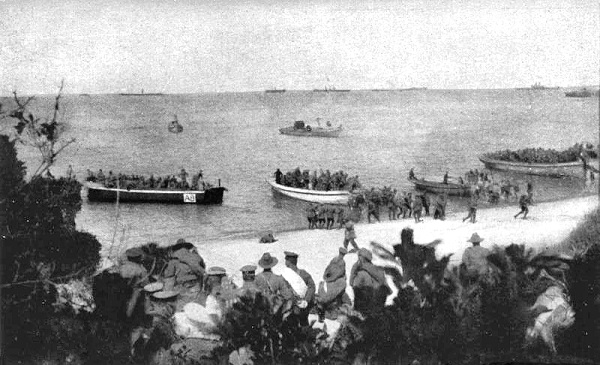 A great many of them died there, partly due to inept Allied planning and mishandling of the campaign, partly due to a vigorous Turkish defense, partly to endemic diseases.  Their experiences gave rise to what became known as the 'ANZAC spirit':

The Anzac spirit or Anzac legend is a concept which suggests that Australian and New Zealand soldiers possess shared characteristics, specifically the qualities those soldiers are believed to have shown on the battlefield in World War I. These qualities cluster around several ideas, including endurance, courage, ingenuity, good humour, larrikinism, and mateship. According to this concept, the soldiers are perceived to have been innocent and fit, stoical and laconic, irreverent in the face of authority, naturally egalitarian and disdainful of British class differences.

The Anzac spirit also tends to capture the idea of an Australian and New Zealand "national character", with the Gallipoli Campaign often described as being the moment of birth of the nationhood of both Australia and New Zealand.

ANZAC Day has since come to serve a wider purpose, commemorating all those Australian and New Zealand service personnel who've died in conflicts since World War I as well.  Dawn services are held in many centers in both nations on April 25th each year.  Here are two pictures of this year's services.  (Remember that Australia and New Zealand are across the International Date Line from us, so as I write these words in the USA, at about 11.30 p.m. Central time on April 24th, it's already 2.30 p.m. on April 25th in Sydney, Australia). 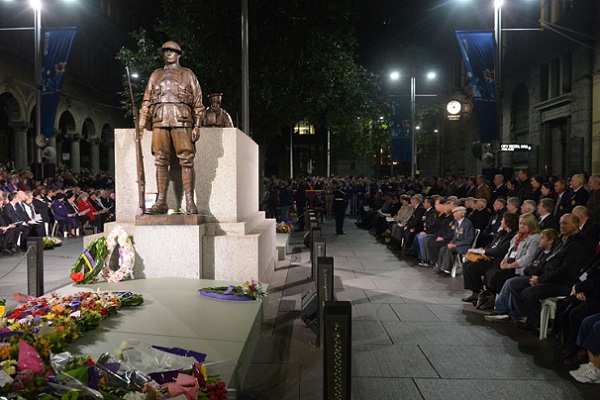 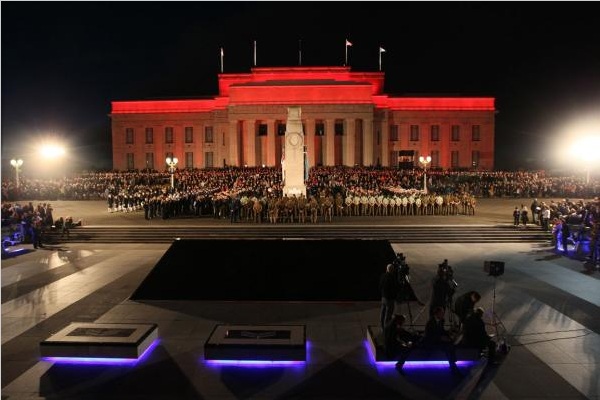 It's impressive to see tens of thousands of people getting out of bed before dawn to honor their country's servicemen on ANZAC Day.  May we follow their example here in the USA.

May the souls of all departed ANZAC's, through the mercy of God, rest in peace.

Thanks for posting this Peter. I was at the local dawn service this morning with the family. The girls marched with the parade (it now includes not only veterans and veterans' families but also Guides, Scouts, Fire Services, SES etc).

One of the interesting things to note is that it commemorates not only those who died in service but also those who were disabled as well as the families of service personel.

It was great to see a couple of hundred (maybe more) people (lots of families) turn out for the local dawn service. The respect and reverence shown (by most) was heartwarming.

As an American in an Aussie Boy Scout Troop in Papua New Guinea, I
participated in an Anzac Day commemoration. (Not at dawn, however).

I was moved by it and still am by the memory, these many years later.

The Scout House was on the shore
with a 10 foot drop to the dock and
the harbor. There were .303 rounds
from World War II sticking out of it. No doubt buried after the
hostilities ended, as lots of ammo and other supplies were. I heard that what wasn't buried was dumped in the Pacific.

For me this date has a double meaning.
As an Australian, I celebrate the bravery of those who made so many sacrifices for all of us.
As a Portuguese, I also celebrate the end of fascism, after a long 40 year night.

Thanks for the correction, KiwiSapper. The news reports I read weren't specific about which war memorial was involved, or its location; and from this many thousands of miles away, it's not easy to figure it out! I'll update the article.