Here's another trawl through the blogosphere over the past week.


Let's start with some animals.  Alan Caruba points out:  "If you look closely at virtually everything environmentalists say about any subject, you will conclude that it closely resembles cow farts."  The accompanying picture speaks volumes!


The good people at I Can Has Cheezburger? have been producing some fun images of late.  Here's one that made me snort coffee through my sinuses. 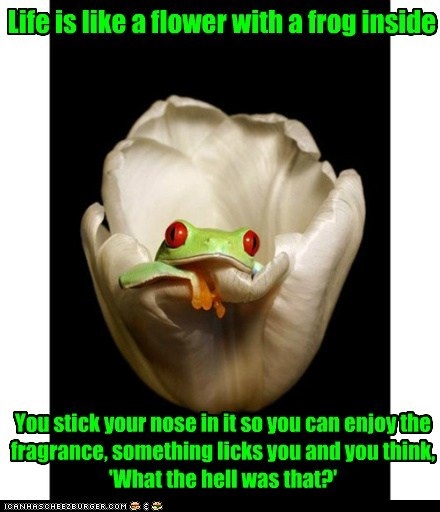 Click the image to be taken to its home page.


Murphy's Law brings us the story of 'The Anti-Gunner and the Overly Helpful Dog' - a heart-rending tale of firearms and sexual frustration.  If you've never heard of the combination, go read . . .


While on the subject of sexual frustration, Dustbury brings us an advertisement for a car that claims to be 'better than your last 4 romantic encounters . . . combined'!  How can one resist?

The law rears its ugly head in a highly amusing fashion.  Ken at Popehat describes his takedown of a threatening idiot - which leads to offers of sex and babies at Regretsy!  Do read the comments at the second link . . . they're pretty spectacular!


Time comes in for its share of attention this week.  Les Jones has a lot of interesting information about how watches work.  When they don't work any more, The Feral Irishman (warning:  his blog is sometimes not safe for work) shows us what can be made out of their parts - like this, for example: 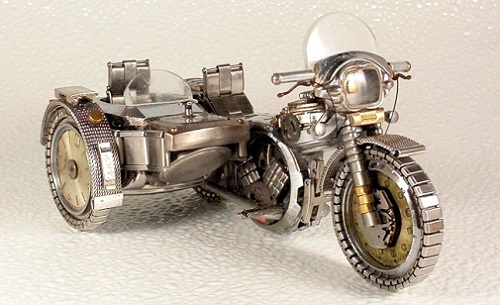 Steampunk-style motorcycles made from broken watches!  You've got to love the creativity!


While on the subject of mechanical things, Warren Meyer at Coyote Blog warns against developing artificial intelligence software to control a real mechanical monster.  I couldn't agree more!  Follow the link at his blog to find out why.

I've had enough of politics for a while, so I haven't included much in this week's blog roundup;  but two articles by Craig Steiner caught my eye, dealing with 'The Myth of the Clinton Surplus', Part 1 and Part 2.  They handily debunk the long-standing, but erroneous claim that President Clinton actually maintained a federal budget surplus during his administration.


Hell In A Handbasket points us to an interesting compendium of Victorian self-defense techniques.  I found the stick-fighting instruction particularly interesting, as it looks very similar in some respects to some of the Zulu knobkerrie techniques I learned in South Africa a few decades ago.  Small world, I guess . . .


The Art of Manliness asks, 'Are You As Fit As a World War II GI?' 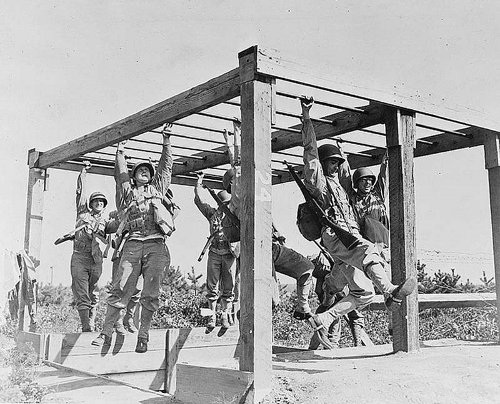 Judging by the exercises listed and the number of repetitions required, I'm certainly not - but then, I've been partly physically disabled for the best part of a decade, so I guess I have an excuse!  How about you?


And finally (but by no means least), the indispensable 'Watts Up With That?' brings us an intriguing article concerning evidence that nearby supernovae have influenced and affected life on Earth.  If true, this new theory is likely to be yet another (and very important) piece of evidence mitigating against the anthropogenic-global-warming theory.


More from the rest of the blogosphere next week.