In September last year I wrote about 'The Changing Urban Self-Defense Environment'.  Amongst other things, I warned of the growth of the phenomenon of 'flash mobs', frequently with criminal tendencies.

Just such a mob appears to have caused a fair amount of chaos near Houston, TX earlier this month.  Fox reports:


Authorities say one person has been killed and three others wounded in a shooting during a packed beach party on the Texas Gulf Coast.

... word of mouth about an unauthorized beach party spread on social media, drawing thousands to Surfside Beach, about 40 miles south of Galveston. Surfside Beach officials told The Facts that the party was not permitted nor authorized. 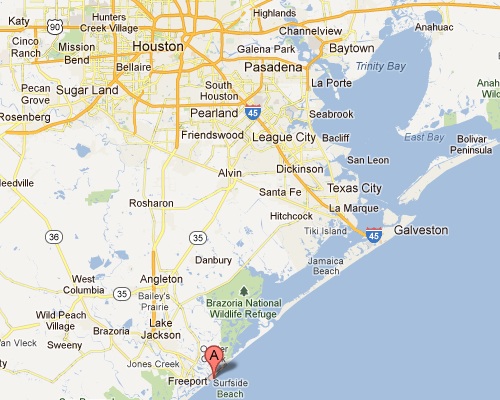 The Facts quoted a witness as saying the party began peacefully, but fights broke out and there was heavy drinking and also drug use.

It seems there was a great deal of criminal activity going on, which was not mentioned by the news media.  A correspondent wrote to James Wesley Rawles at SurvivalBlog:

The crowd turned sour towards the locals who did not want them parking or defecating in their yards.

Several residents had to stand on their front porches with weapons displayed to keep groups of hundreds from passing through their property. Several rental beach houses were broken into and one contact said the volume of human feces and trash was unbelievable. The roads were impassable for hours, trapping the residents who may have wanted to evacuate.

One LEO had made two arrest at the beach, but threatening crowds intimidated the officer, who un-cuffed the suspect and released them back to the throngs.

Bottom line: never underestimate the rate a mob situation may develop, maintain a vigil, keep informed and have a way out and especially have a trigger point when to evacuate or seek cover.

I don't think there's any way one could possibly stand up against a 20,000-strong 'flash mob' if it turned violent - not even against a hundred!  We've got to be realistic.  Sure, you might shoot half a dozen of them if things turn ugly, and thereby protect your family and preserve your property - but then you'd probably find yourself in a similar situation to the unfortunate George Zimmerman, convicted in the court of public opinion before any formal legal process has been completed.  You'll almost certainly face murder charges, whether or not the circumstances warranted them, because the authorities will be under enormous pressure to be seen to be doing something in order to placate public opinion.  In the face of that sort of pressure, your individual rights are likely to be thrown out the window.

If you learn of something like that going down in your neighborhood, it's no good farting against thunder, as we used to say in Africa.  I suggest that if possible, you should put your emergency evacuation plan into operation before the 'flash mob' arrives.  If you haven't yet prepared and rehearsed such a plan, it's time you did!  Read the three links provided, and start working out where you'll go to get out of the way until such time as the 'flash mob' has dispersed.  Take your 'bug out' kit with you, of course.  If your home is trashed, yes, you'll be subject to enormous inconvenience and expense . . . but that's what insurance is for.  If you try to stand up to the mob on your own, you'll probably be even worse off.

Of course, you may not receive sufficient warning of such an event to implement your evacuation plan.  In that case, I can only suggest working with your neighbors (with whom you've hopefully already established cordial relationships) to secure your area as best you can.  I don't suggest doing so alone - you'll represent a challenge to the more macho among the flash-mobbers, and be a very tempting target to those with criminal tendencies.  There's greater strength in numbers.  Also, talk to local law enforcement.  If they can't or won't protect you, you'll have to decide for yourself whether to stay put, or go to another location such as a police or fire station where you might be safer.

For myself, I'll almost certainly apply an old military maxim:


If you're outnumbered, outgunned and alone, get out of the way!

I can always buy new possessions and clean up my property, but I've only got one family, and each of us has only one life.  No 'flash mob' is worth risking either!

A bit off-topic, but I think I found a good candidate for the doofus of the day award: http://www.inquisitr.com/223028/thieves-break-into-sea-world-steal-penguin/

My basic self defense instructor explained that there were various movements you could use to disarm a gun/knife/axe weilder if they were stupid enough to stand within an arms length. He went on to demonstrate the movements on an unfortunate individual.

One recruit inquired: "Sir, What movement would the instructuor recommend if the enemy was holding a pistol on the individual but was about 10 feet away?"

Without a mili-second hesitation the instructor replied: There is only one possible movement and it's instinctive...... a bowel movement"

I left a long comment describing a flash mob experience on a previous post (http://bayourenaissanceman.blogspot.com/2011/09/changing-urban-self-defense-environment.html).
See the comment from Xenophon. The "flash mob" has been a common phenomenon for ages in the bad parts of American cities. I am grateful I no longer live on the South Side of Chicago. My apartment was broken into while I was in it! The "offender" kicked in the door at 2 in the afternoon! I had two bikes stolen. And after the Rodney King incident I had to jump out of the way of some crazy "African-American" who tried to run me over at a cross walk. "FU Whitey". Grand. And in
'91 I watched a small group of AA teenagers pummel the windows of a grocery owned by a decent nice Arab(Syrian)in my Hyde Park environ. What can you do when you're outnumbered? Simple answer. Don't be where you are outnumbered. With the Trayvon case, whatever the outcome, the passion will lead to violence. I do not want to sound pessimistic yet do not doubt blood will spill. Be far away from an urban area. If not, be armed and prepared for riots.

The elephant in the room, Peter, is that 99+% of the partygoers were black and 99+% of incidents like this are perpetrated by blacks. I knew it would be so in this case when I read your post but had to search a good bit to find a news report that had photos and video showing it. None of the printed reports mentioned it. Acknowledging that there is a problem is the first and most necessary step to solving it. Pretending there is no problem only exacerbates it.

After Galveston banned alcoholic beverages on the beaches there sometime in the eighties, Surfside was mobbed every holiday weekend. After the first surprise weekend (and it's damage), every holiday weekend local LEOs were all on. Our little city that usually had two officers on, had about 4 two man units with two five man units to back them up on any arrest. The parking lot at the PD looked like a DPS substation. One person was on just to book people. Local fast food resturants were trashed, including sinks ripped off the wall. what made enforcement interesting was that there were incredibly decent people mixed in with the thugs. While some grownups could not be bothered to not urinate on the front sidewalks of convenience stores (in broad daylight), there was a man with four or five children who took them to a bathroom at a store, got in line and took them through. Same race, different ethics.
There were attempts by the thugs to free other thugs being arrested, thus backup by lots of LEO was warranted.
As time went by, the crowds returned to normal, thus the surprise on the weekend in the article.
By the way, no mention whatsoever in the local press of the Holiday weekends in the eighties. The Houston Chronicle did say some "tourists" from Houston caused some problems in Surfside. Other than that, none of it happened, according to the media.

I'd hope to not put myself in that situation by avoiding densely populated areas as much as possible. Otherwise, it's time to bug out. Maybe post a couple of signs regarding claymore booby traps etc. While a strong bluff, I think signage with well thought out pysch aspects could help the odds of returning home to undamaged goods and home. Otherwise, I concur, that's what insurance is for.