Today's award goes to the Interior Ministry of the German state of Hesse - specifically the unit responsible for ordering police equipment.  The Local reports:

A German police force that spent €25 million [more than US $33 million] on new sporty cars found that not only was the visibility rubbish for chases - the fancy seats were so narrow the cops could not get in while wearing their guns, truncheons and other equipment. 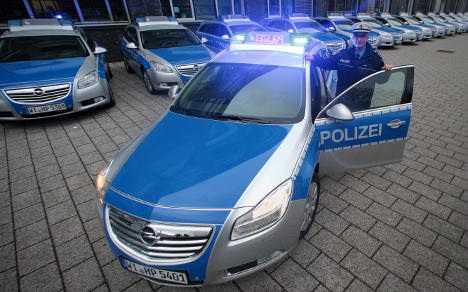 The Hesse Interior Ministry ordered 800 of the swish new models – Opel's Insignia Sports Tourer – in a long-term deal at the end of 2010. The ministry says that 200 of the cars have been delivered so far, but it is yet to be decided whether the order will be completed.

GdP deputy chairman Lothar Hölzgen accused the ministry of not testing the seats before the order was made.

The limited view through the back window was also a major problem for the police, said Hölzgen. "I need to see out of the back every minute, every second," he said. "That's a safety matter for us."

The Ministry is adamant that the cars were tested before being selected, but I'm willing to bet that the people who did the testing were desk-warming bureaucrats wearing business suits.  Having worn a duty belt (or, as we sardonically called it, a bat-belt) as a prison chaplain for several years, I can assure you that while wearing it, the average small to medium car seat wasn't anywhere near big enough for comfort - and I carried much less gear on my belt than a policeman on duty!

Maybe the bureaucrats in Miami could get a good deal...