Jim Wallwork, who has died aged 93, was the pilot of the first glider to land in the coup-de-main on the bridges across the river Orne and the Caen Canal; catapulted through the Perspex canopy on touching down, he was able to claim to be the first Allied soldier to set foot on French soil during the D-Day landings.

Just before midnight on June 5 1944, six Horsa gliders were towed to the French coast, each carrying men of Major John Howard’s D Company of the 2nd Batallion Ox & Bucks Light Infantry. Bearing rifles, Sten and Bren guns, mortars and grenades, and with their faces blackened with burned cork or coke, they had been entrusted with capturing the key bridges near Ranville to prevent German reinforcements reaching the landing beaches further west. 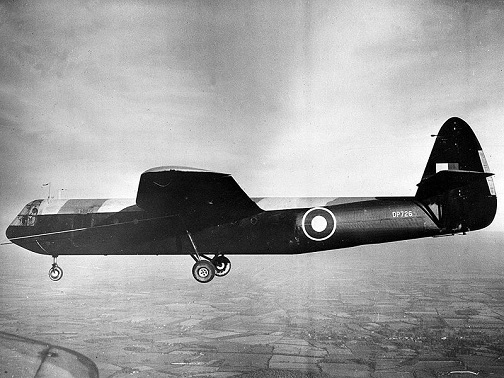 The gliders were towed by Halifax bombers above the clouds to 6,000ft. There was a relaxed atmosphere as the troops sang and joked, but this stopped abruptly as each glider was released from the tug within sight of the French coast. Wallwork was flying the lead glider, and he saw the twin waterways in the moonlight as he descended. He flew a perfect circuit to land within a few yards of the well-defended bridge, later to become known as Pegasus Bridge. Within a minute, two more gliders had landed alongside Wallwork’s, which had its nose buried in an embankment.

Wallwork was injured when he was thrown from the glider and, although concussed, he carried ammunition forward to Howard’s troops, who had advanced on the bridge, overcoming resistance from machine-gun pits and slit trenches, and storming underground bunkers. Despite strong opposition, they held the bridge until relieved some hours later by Lord Lovat and his commandos. Wallwork was later repatriated to England, where he recovered from his injuries.

The precise flying of the glider pilots had been remarkable, and Air Chief Marshal Sir Trafford Leigh-Mallory observed: “It was one of the most outstanding flying achievements of the war.” Wallwork was awarded an immediate DFM.

Not only did S/Sgt. Wallwork pilot a glider on D-Day, he also flew them during Operation Husky (Sicily, 1943), Operation Market Garden (Holland, later in 1944) and Operation Varsity (Germany, 1945).  He described his D-Day experiences in later life;  you can read them here - it's well worth your time.  Here's an excerpt.

The tug pilot said, "Weather's good, the clouds are at 600 feet, a couple of minutes before we cast off. And we all wish you the best of luck." Alter course, air speed right, John Ainsworth with the stopwatch, I'm checking the compass, he's checking the air speed. We cruise along and then 5 . . . 4 . . . 3 . . . 2 . . . 1 . . . bingo, right turn to starboard onto course. Halfway down the crosswind leg I could see it all, the river and the canal like strips of silver in the moonlight. Visibility was good- the temptation to fly in was forgotten as training, training and more training took over. I duly completed the crosswind leg as Johnnie timed me, made the regulation rate-one turn and there as expected was the target straight ahead. The final approach was a little fast and I landed probably at about 95 instead of at 85, and 10 miles per hour in the dark looks rather quick. I hit the field and caught the first bit of wire and so I called "Stream," and by golly, it [the parachute] lifted the tail and forced the nose down. It drew us back and knocked the speed down tremendously. It was only on for two seconds, and "jettison," and Ainsworth pressed the tit and jettisoned the parachute, and then we were going along only about 60, which was ample to take me right into the corner. We got right into the corner of the field, the nose wheel had gone, the cockpit collapsed, and Ainsworth and I went right through the cockpit. I went over head first and landed flat on my stomach. I was stunned, as was Ainsworth; I came around and he seemed to be in bad shape. I said, "Can you crawl?" and he said, "No," and then I asked if I lifted, could he crawl out and he said, "I'll try." I lifted the thing and I felt that I lifted the whole bloody glider when probably all I lifted was a small spar, but I felt like 30 men when I picked this thing up and he did manage to crawl out.

May S/Sgt. Wallwork rest in peace.  He surely earned his medal the hard way!

I thank God that such men lived.

The Airspeed Horsa was a design by Airspeed Ltd Company, the aeronautical company of Nevil Shute Norway, the famous British aeronautical engineer and author who, under the pen name Nevil Shute, wrote many novels including On The Beach, A Town Like Alice, etc.

Many of his books have aviation themes and I recommend them highly.

Glider Pilots were some of the bravest and least recongized groups of WWII. Flying unarmed with no engines in the dark into what they hoped were clear fields is bravery at it's best.

RIP S/Sgt Wallwork... and thank you.

Great story, and he was truly of the greatest generation!

My Dad trained in gliders during this time frame. Probably in the early '60s we had a Chevy with overdrive that was engaged by pulling a knob under the dash. One day Dad did this, then mentioned that he'd had a bit of a flashback, as this was the same place where the tow line release was in the glider.

Husky, Overlord, Market Garden AND Varsity? The man must've had big brass balls, and needed a wheelbarrow to walk! God Bless him and his mates. The men who Saved the World...

Let us pray for Jim who I knew since I was a little girl. I have many photographs with him , my father or other vétérans. When our Musée de Pegasus Bridge -Aspeg- opened ( 2nd Museum) in 2000. Jim was there . He offered to me a special collection. Events happened in the evening of the opening as our Museum has been stollen : see at www.pegasusbridge.fr.The Poor Jim has died without knowing the issue of the long proceeding in law.