I wonder how much swapping goes on?


The New York Times has published an interesting comparison of ration packs carried by several different armed forces currently serving in the Coalition in Afghanistan. Click on the link, then click on each individual ration pack for a view of what's inside it. For example, here's the South Korean ration: 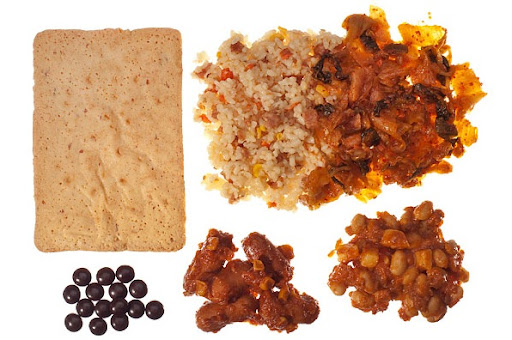 I must admit, some of the rations look very appetizing compared to the South African ratpacks I used on operations in the 1970's and 1980's. In the early years we were often issued ratpacks left over from the Second World War, believe it or not! The picture below is a pretty fair image of what they looked like. 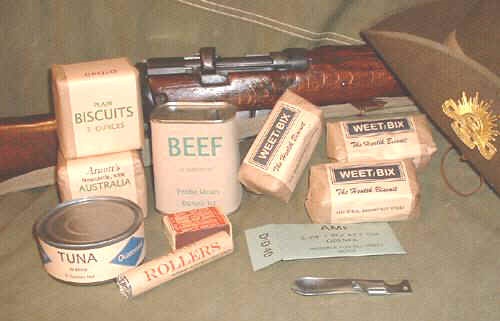 The 'dog biscuits', as we called them, were hard enough to break your teeth if you weren't careful! Later an updated 24-hour ratpack was introduced, which was substantially more tasty - but not as filling. I guess you can't win . . . 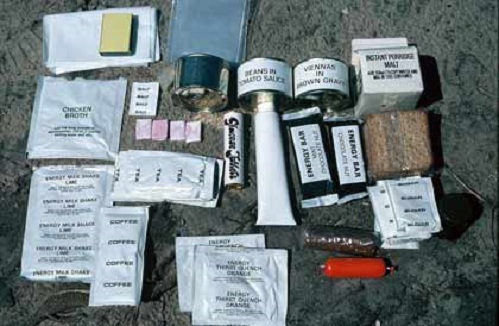 Certainly doesn't look as tasty as some of the more modern field rations portrayed by the New York Times, does it? I'm glad I no longer have to live off ratpacks . . .

I wonder if the Italians still issue that airplane sized bottle of booze in certain ration packs.

Am I the only one to notice that none of those ration packs includes tiolet paper? That was the secons (maybe third) most important item in the old C-Rations, right after powdered creamer and Tobasco sauce in the tiny bottle.

The modern rations lookn to be rather "substantial", and I don't think that the moist towelette that some have packed will suffice in the way that dry paper does.

Or are the troops being given instruction in "the three stones"?

And I thought we were being abused when we were issued C rats from 1947. (The Lucky Strikes were particularly nasty, but there was a small bundle of buttwipe in each one....)

In 1965, when the USS Galveston was prepping for WestPac, the liferafts had to be tested and survival supplies restocked. We found that the liferaft rations were from the Korean War!!

Some of the smokers took charge of the cigarette packs--mostly Lucky Strikes and Old Golds, if memory serves. They said they were raunchy tasting, but what the heck, they were free!!

Only a really dedicated, and I use the term loosely, smoker could fully appreciate the line "...they were raunchy tasting, but what the heck they were free!!" Har!

As a 'veteran' of both C-rats and K-Rats in the Vietnam era, yeah they sucked, especially the green eggs but they would stave off hunger and there was TP. Just like today with MREs there is ALWAYS trading going on...

Whoa, guys. The US MRE clearly shows and states that there is toilet paper.

My worst experience was with Crat "spiced beef" or whatever it was. Date on can was 1946. I was sick with the trots and heaves for a week and ended up in the hospital--as much as it was.