Scientists carry out bi-annual visits into several caves and have so far mapped out an incredible 186 miles of the underground network. 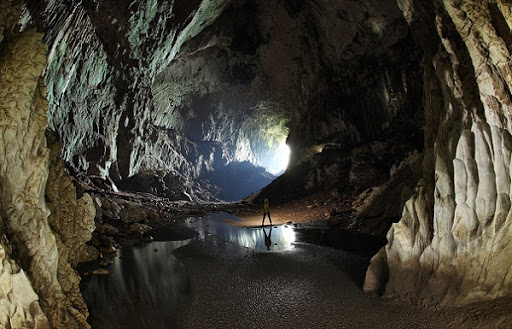 Deer Cave, home to over 3 million bats,
and believed to be the largest cave passage in the world

Using lasers and other equipment they measured the dimensions of different sections of the numerous caverns stretching throughout the UNESCO World Heritage site and feed them into a computer to build up the map.

Working with Borneo's National Parks authority, the team of Brits also began mapping the area above the caves to help tourists trekking between the cave mouths know where they are.

Sarawak Chamber is the world's largest, the Clearwater Cave system is the largest by volume and Deer Cave is believed to be the biggest passage.

There's more at the link, including some spectacular (and much larger) photographs. Recommended.