I was fascinated to read about the investment potential of antique weapons. CNBC reports:

For a 19th-century aristocrat needing to fend off brigands or ambitious rivals, there were few more stylish ways of doing so than with arms made by Nicolas-Noël Boutet. The French master gunsmith’s clientele included Napoleon himself.

When the emperor sought to reward his friend, Adm. Federico Gravina of Spain, he sent him a case of France’s finest flintlocks: two tiny muff pistols that were easy to conceal, and a rifle adorned with precious metals and carved with mythological figures. 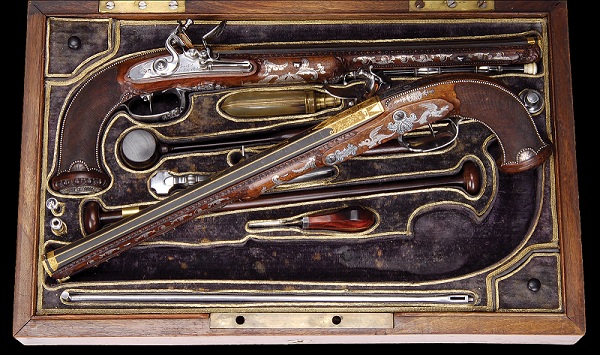 Antique weapons collector Martin Lane estimates it took a group of artisans — goldsmiths, silversmiths and woodworkers — two years to assemble Napoleon’s gifts to Gravina. The set, called a garniture, passed through Lane’s hands in contemporary times, when he brokered its sale to a well-known billionaire for $4.5 million.

Lane and thousands of other collectors enjoy a lucrative trade in antique guns, swords and armor. Indeed, what were once tools for self-preservation have since often become lucrative vehicles for wealth preservation. And one needn’t pay an emperor’s ransom to buy into the market. 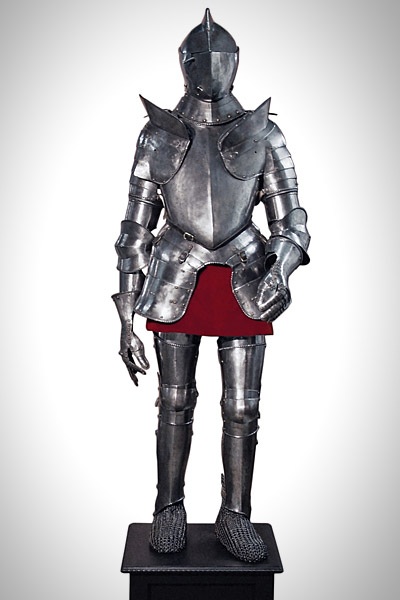 Like equities and commodities, market forces constantly sway the price of collectible weapons. Fagan notes that the price of several types of antique weapons and armor have recently jumped.

For example, burgonets (a 16th-century open-face helmet worn with a suit of armor) were once so abundant that they sold for $27.50 through magazine ads. Now, Fagan says, they can sell for about $5,000. 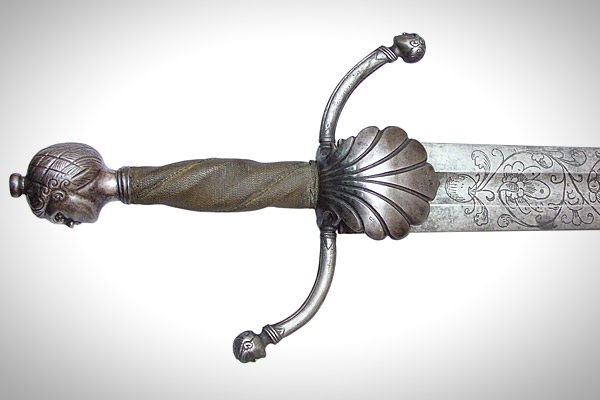 Many different weapons and armors are available to collectors; like securities, different market segments are influenced by different forces.

There's more at the link, and more photographs in the image gallery accompanying the report. Both make very interesting reading.