Readers may remember a blog post I put up two years ago, describing the discovery of an 'air tractor' used by the Australasian Antarctic Expedition, led by Douglas Mawson, in 1911-14. The expedition left Hobart, Australia on December 2nd, 1911 aboard the steam yacht Aurora. 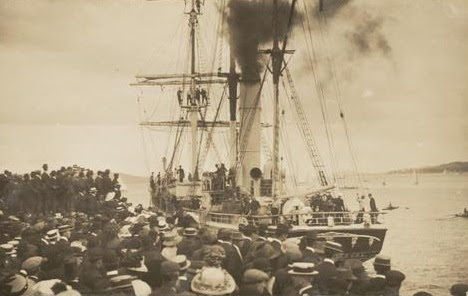 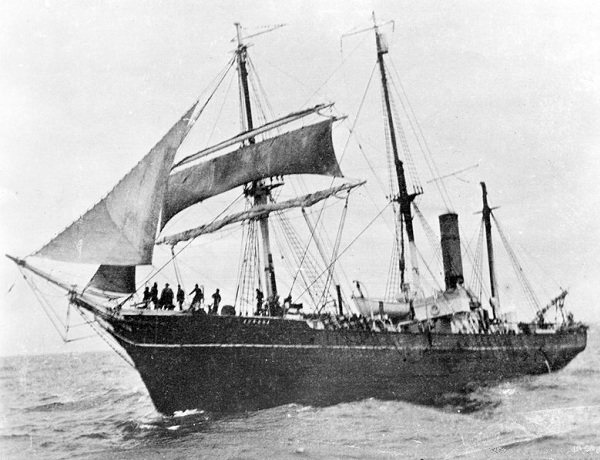 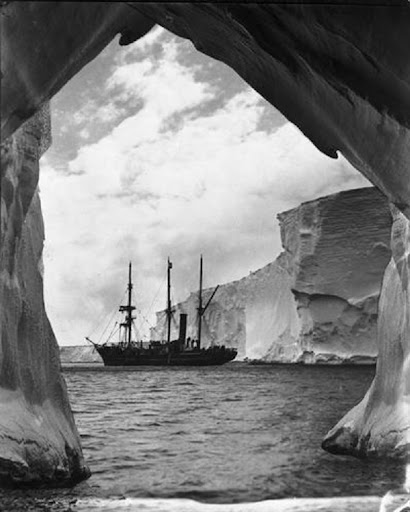 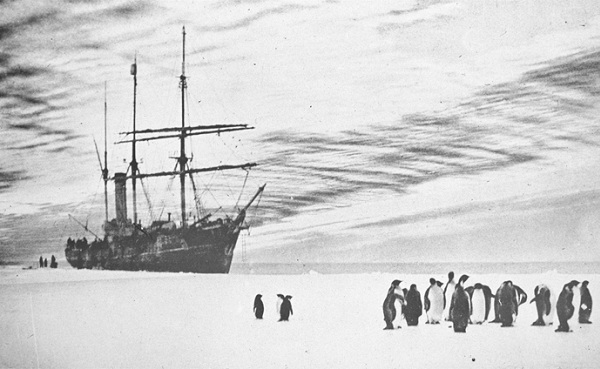 Today, 8th January 2012, is the 100th anniversary of the date on which the AAE landed in Antarctica, and set about constructing the first Australian base on that icy continent. 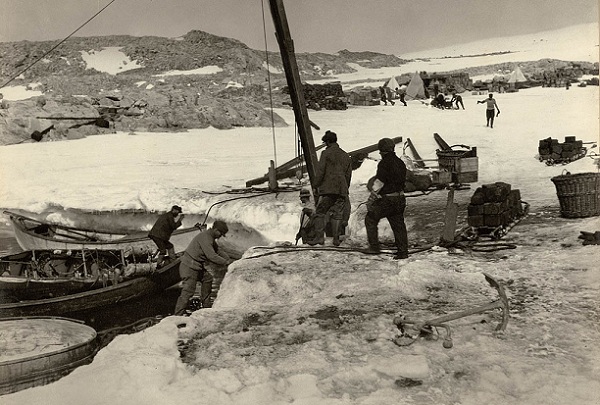 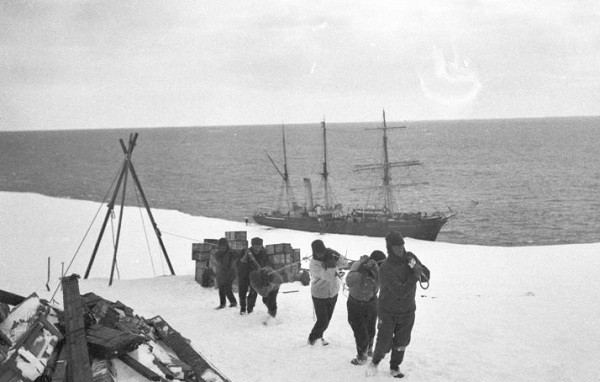 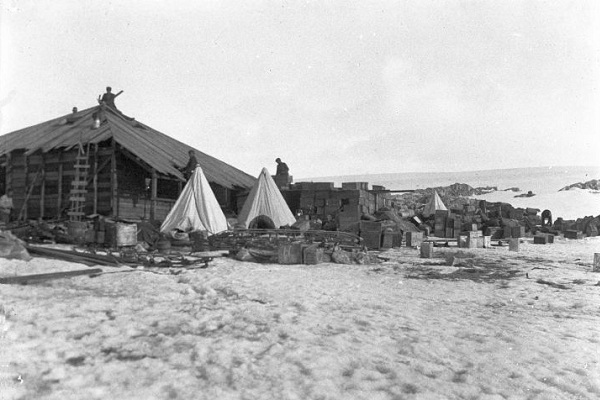 Members of the expedition would spend two winters in the flimsy hut. 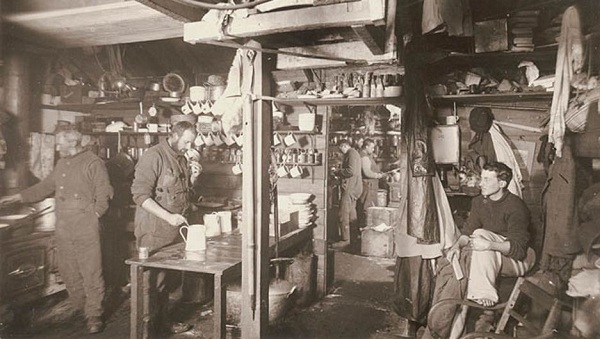 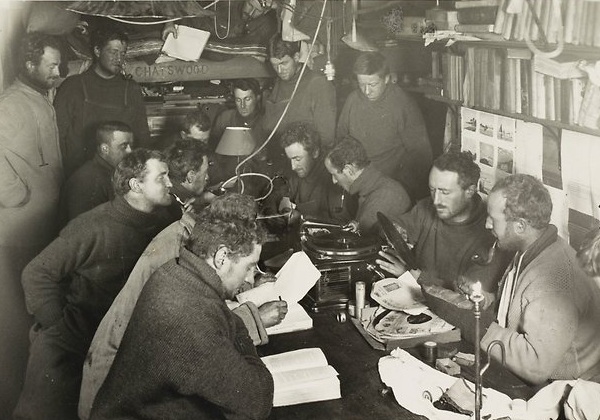 During winter, the snow and ice would build up to the eaves, forcing the residents to enter and exit through hatches cut into the roof. 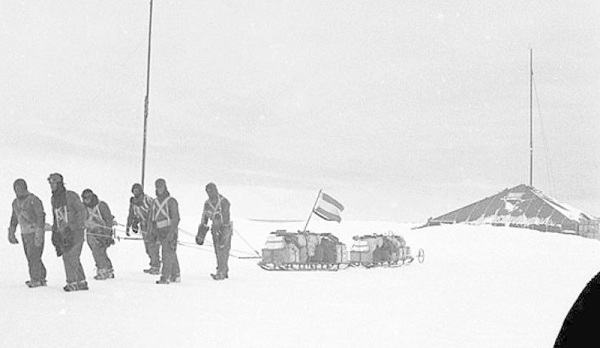 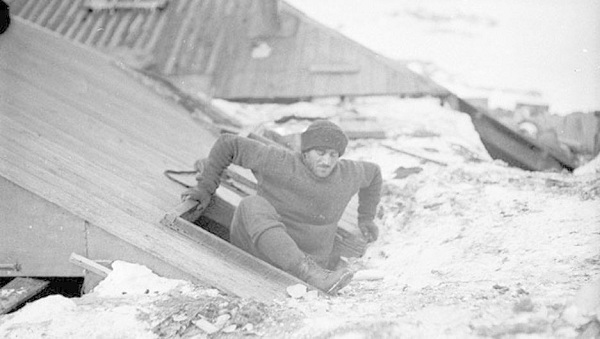 There's not enough space in a simple blog post to give full details of the expedition, or of the hazards that confronted its members. Those interested will find more information here.

The centenary of the expedition's landing in Antarctica is a big occasion in Australia, with a memorial journey under way to the site of their base, which is being followed closely by the media. I particularly enjoyed the reminiscences of David Ellyard, who spent the winter of 1966 at Mawson Station. Here's an excerpt.

Mr Ellyard was chief projectionist at Mawson Station with a selection of old movies to show and there was a billiard table and table tennis table for expeditioners to play on.

"But there was a lot of sitting around talking and dropping the old bottle of home brew."

Cans of beer and bottles of wine were sent south for the base but the best beer was brewed on site, Mr Ellyard said.

A little brewing operation was set up in one of the old huts on the base with the beer was brewed in open four-gallon kerosene tins.

"The Antarctic environment there is so dry and cold that it's basically sterile; you don't have to worry about bugs falling into your beer and ruining it," Mr Ellyard said.

After two weeks the brew was put into bottles to be left for another two weeks.

"Of course, we wanted to make sure it was coming along all right so every night we'd sample a bottle from the new batch and usually by the time we got to the 14 days there wasn't any of it left."

Mr Ellyard said the operation known as the Southern Brewing Company brewed about 3407 litres the year he was there and even had labels made for the bottles.

When the hops and the malt ran out, honey was used to make a "Mawson mead".

"We also did potato wine, which people said tasted like the sacks it came in."

Mr Ellyard, who is the national president of the Australian National Antarctic Research Expeditions club for former and current expeditioners, said that home brewing continued to this day at the Australian stations at Mawson, Casey and Davis.

"I was at Davis in 2003 and they had a very sophisticated operation with six or seven sorts of beer, very nice stuff, it's a longstanding tradition."

Sounds like a good time was had by all! There's more at the link.

Film of the expedition was taken by photographer Frank Hurley. A selection of excerpts from his footage has been made available on YouTube. The explorers' attempt to erect a tent for a supply cache, in the middle of a roaring Antarctic gale (from about 5m. 40sec. onwards) is particularly daunting, albeit funny as well! It looks like an almost impossible job - but they managed it.

The Mawson's Huts Foundation has been established for the conservation of Australia's Antarctic heritage, including the AAE's base hut in Antarctica, which has been restored to something close to its original condition after decades of being buried under snow and ice. 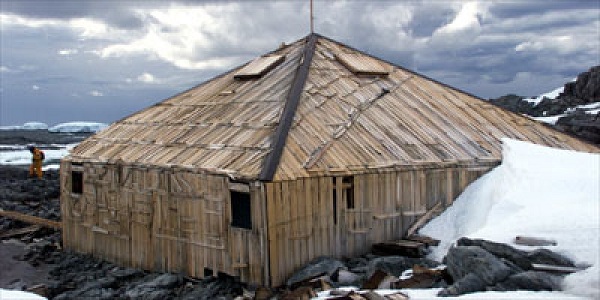 It's an important anniversary for Australia, and important in the annals of Polar and Antarctic exploration in general. It never ceases to amaze me how so many people were willing to risk their lives, with such primitive equipment, in such hazardous conditions - and how, even after many died or were severely injured in the process, others kept coming back for more! Not for nothing has that period been called the 'Heroic Age of Antarctic Exploration'.