An article in the Daily Mail led me to the Web site and Flickr photostream of Skarphedinn Thrainsson, an Icelandic photographer and engineer. He has some spectacular photographs of caves at the foot of Icelandic glaciers. Here are a few examples, all reduced in size to fit this blog. 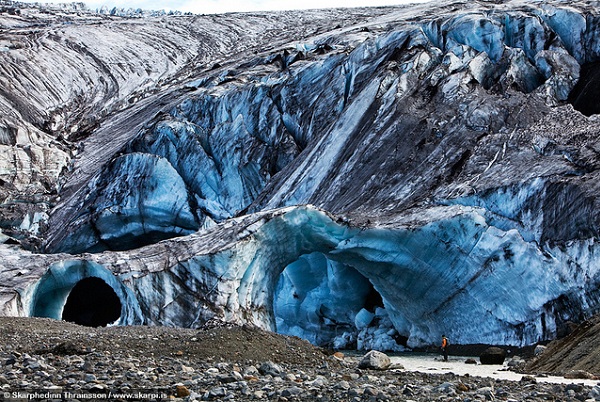 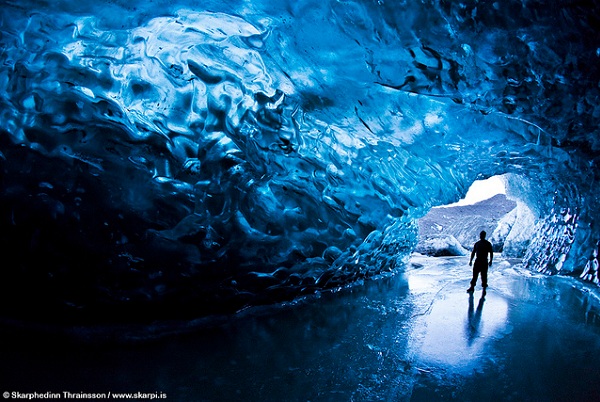 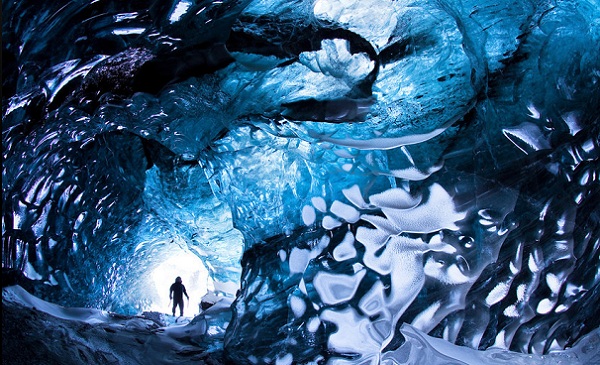 According to the Daily Mail, photography in these caves may be hazardous to one's health.

Skarphedinn Thrainsson risked his life to capture the magnificent images at -120C under Vatnajokull in southern Iceland.

The glittering walls recently collapsed in on another photographer, and could have killed Mr Thrainsson at any moment.

Mr Thrainsson, 39, who also works as a mechanical engineer, said: 'The ice caves are many in the Icelandic glaciers on the south coast of Iceland, and also in the highlands.

'The size and formation changes every summer, when the most melting occurs.

'These two caves are about four metres high and ten metres long.

'Entering ice caves is dangerous, due to the fact that the ice can collapse any time.

'We had a recent tragic accident where a photographer died while exploring the glaciers in Iceland and it is advised never to hike alone into the glaciers.

'For safety reasons I'll not recommend anyone to travel into the glaciers without local guiding.

'The safest way is to enter the ice caves in a freezing period in winter, then it's less likely to collapse or ice fall on to your head. I took the pictures in December.'

Mr. Thrainsson has also taken many lovely pictures of the Icelandic landscape. Here are a few of them. 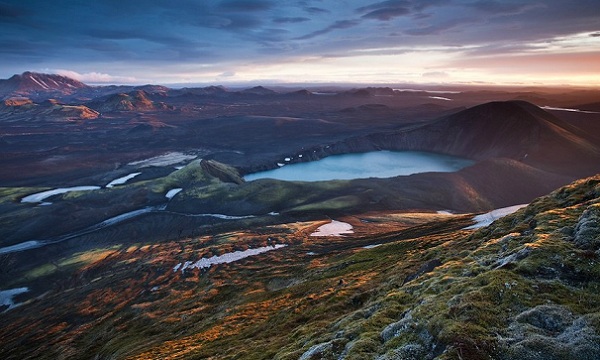 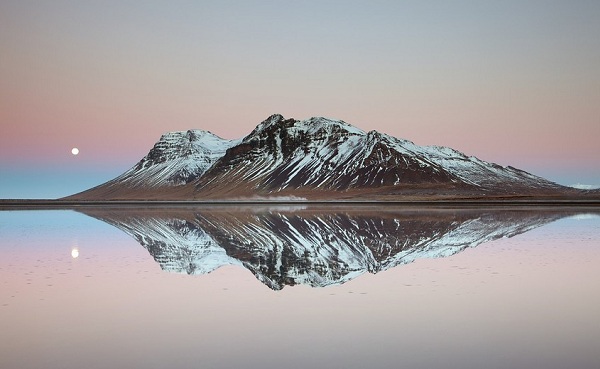 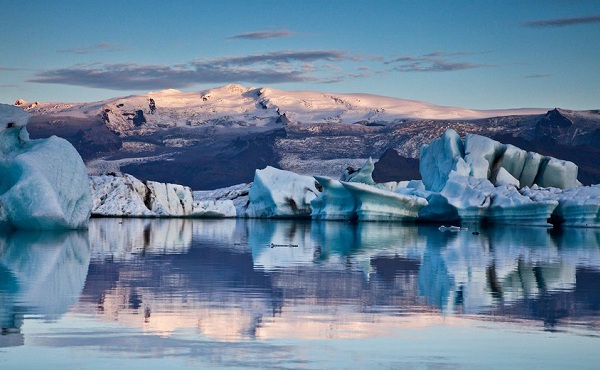 There are many more (and larger) images at his Web site and Flickr photostream, as well as many photographs of other subjects. They're pretty spectacular, and make fascinating viewing. Highly recommended.