There's another rich crop of interesting articles to be found at other blogs this week.

Via a link at Dustbury, we find a definitely Not Safe For Work, but nevertheless very funny article by Kate Harding about the size of part of the male anatomy, and why interest in that aspect of it has expanded (you should pardon the expression) over the past century or so. Giggle-worthy.

The good people at Dark Roasted Blend have an interesting article about 'The World's Worst (And Ugliest) Cars'. Among the oddities they've unearthed is the 1957 Aurora (shown below), designed (by a clergyman) to be the safest vehicle yet built. 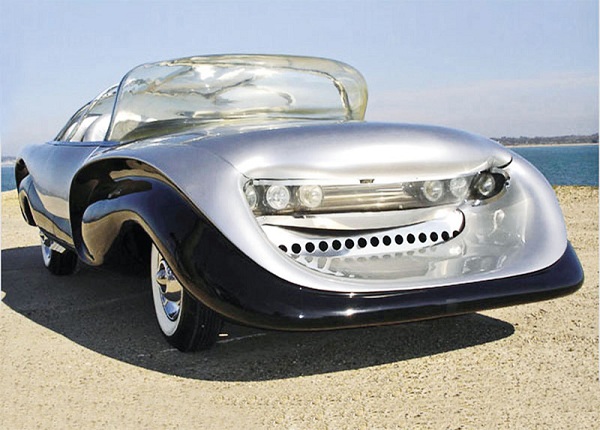 Unfortunately, the prototype "broke down 15 times on the way to the press conference, requiring towing to 7 different garages". This did not inspire consumer (or automotive industry) confidence in the Aurora, which faded into the dustbin of history - along with many other oddities pictured in the article.

DaddyBear reminds us of how government intrusions into our Constitutional rights have been 'ratcheted up' over the past century or so. It's sobering to realize just how far such intrusions have gone, almost unnoticed in their cumulative effect, so that today we're a much less free people than we were a hundred-odd years ago. In the same vein, Crucis brings to our attention a new book by Mark Levin titled 'Ameritopia: The Unmaking of America'. CNSNews reports:

The book, released Monday, compares the Utopian and unworkable schemes laid out by political philosophers from Plato to Thomas Hobbes with the vision of natural law, God-given rights, and individual liberty that inspired the Founding Fathers when they wrote the Declaration of Independence and the Constitution.

“Utopianism is not new,” Levin writes in “Ameritopia.” “It has been repackaged countless times—since Plato and before. It is as old as tyranny itself. In democracies, its practitioners legislate without end. In America, law is piled upon law in contravention and contradiction of the governing law—the Constitution.”

Levin’s verdict: Barack Obama and modern American liberals are firmly in the Utopian camp—pursuing a vision fundamentally at odds with limited government and human freedom.

“I believe to a great extent we now live in a post-constitutional country, where much of the Constitution is ignored or evaded,” Levin told CNSNews.com.

There's more at the link, and in Crucis' article. Disturbing reading, but (taken in conjunction with Daddybear's excellent blog post) very important material to help us understand where we are right now, and how we got into this mess.

Walter Olson at Overlawyered brings us news of a proposed legislative amendment in New Mexico concerning expert witnesses that I wish had become law! Amongst other joyful weirdnesses, it laid down that "a psychologist or psychiatrist shall be required to don a white beard that is not less than 18 inches in length, and shall punctuate crucial elements of his testimony by stabbing the air with a wand". I'd pay to see that!

Jennifer attempts to sell blog to Prada in an attempt to get her feet into some of these: 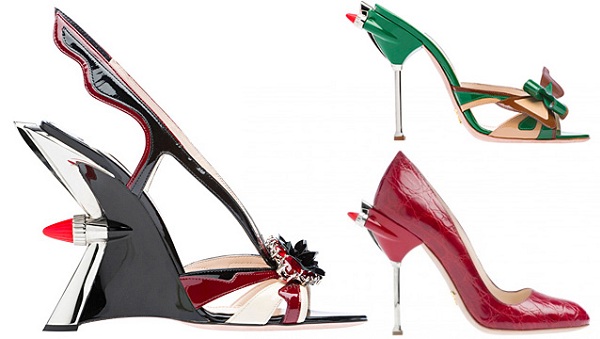 You can read the amusing details at her blog.

Les Jones has some interesting tips on how to prepare steaks and salmon using - of all things - a beer cooler as an improvised sous-vide cooker! If you eat too many of them, and need to slim down again, Blunt Object has some cogent thoughts about "The problem with 'weight' loss". He makes good points, and raises some interesting questions.

Best-selling author John Scalzi introduces his daughter to some technology with which I grew up. Despite the fact that it was ubiquitous until a couple of decades ago, she doesn't have a clue what it is! Her questions are hilarious . . . but her complete ignorance about what was a mainstay of my teenage existence makes me feel very, very old!

Finally, God, Gals, Guns, Grub has a very worthwhile article on what happens after you draw your gun. I've written before about how very important it is to understand the legal environment surrounding issues of self-defense. His post explains much of it in clear, concise terms. Recommended reading.

Please keep comments family-friendly, folks. It's not hard, you know . . .