I'm sure many non-Alaskan readers aren't aware that the snowstorms in that part of the world have been very heavy indeed this winter. The little town of Cordova was slammed this week with another big storm, bringing its snowfall so far this winter to over 15 feet! That's an awful lot of the white stuff . . . Reader Jeff K. sent me some pictures showing Cordova covered in snow, and their efforts to dig out. 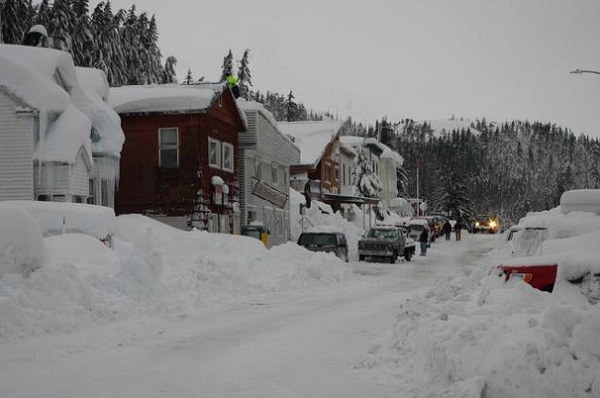 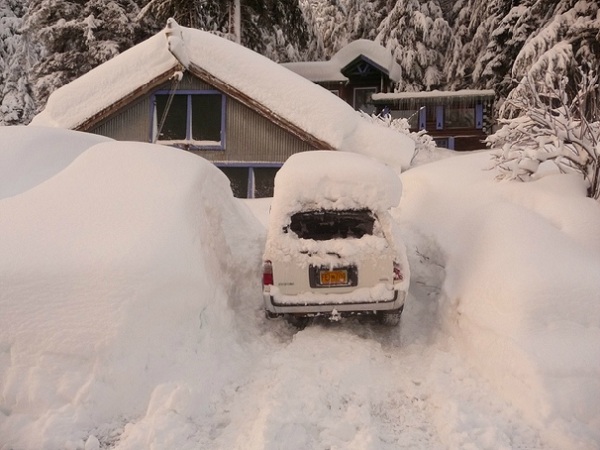 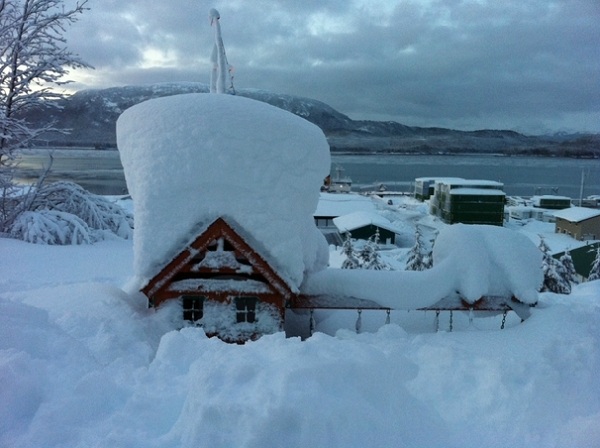 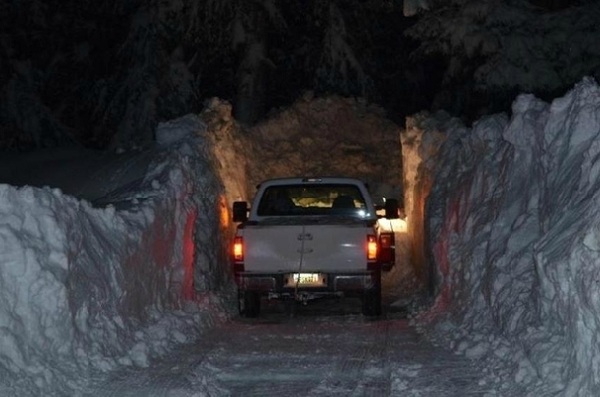 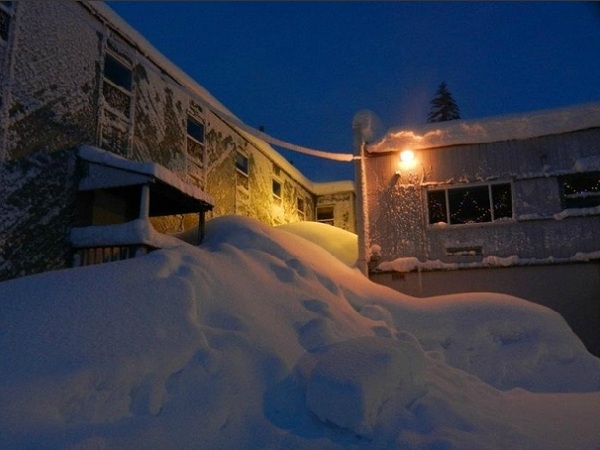 In contrast, here's what Cordova looks like in less wintry weather, according to Wikipedia: 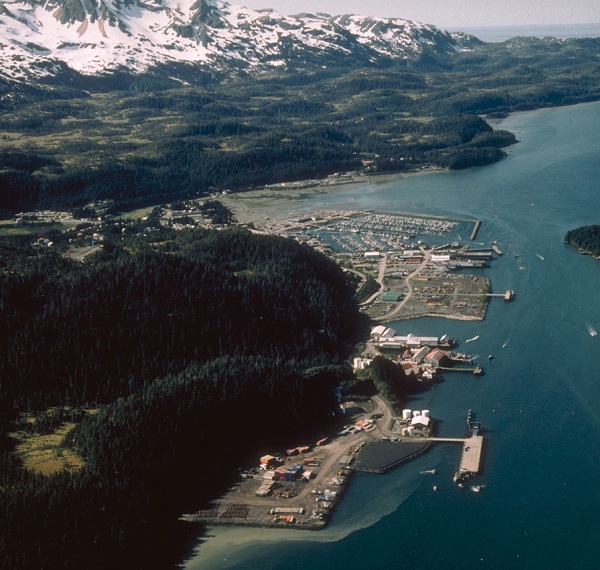 According to newspaper reports, Cordova's having a hard time coping with all that snow. The Alaska National Guard has sent in troops to help out. Good luck to them, and to the townsfolk! I'm willing to bet a honking great dose of 'global warming' wouldn't be exactly unwelcome there, right now . . .

And let's hope that those roofs are strong enough for the snow load.

Even if it arrives light and fluffy, it doesn't always stay that way!

Do you suppose the lack of coverage in the news is simply because it would spark a question in readers minds about the "warming"?

Raven, I'd say the lack of coverage in the news is due to it being "snow in Alaska". Even if it's record-setting, it's still snow in Alaska.

As for your "global warming" dig, climate change (as it's more accurately named) causes more extremes in all weather phenomenon, including snowstorms, so if it sparks that question, it's due to ignorance on the part of the reader. ;)