Getting around gun bans


JayG, blogging at MArooned, brings us this video clip showing how easily someone was able to make a shotgun using only parts bought at a local hardware store, plus a bit of ingenuity.

It reminded me of an enterprising English tinkerer who make his own pistol out of odds and bits and pieces. The Daily Mail reported recently:

A man used his DIY expertise to make his own gun using a fence post and a children's building set.

Trevor Cracknell, 48, went to a neighbour's house in Macclesfield, Cheshire, and fired the gun which had a steel barrel encased inside a wooden casing.

The mechanism was held together with nuts, bolts and metal strips from a Meccano-style toy set. 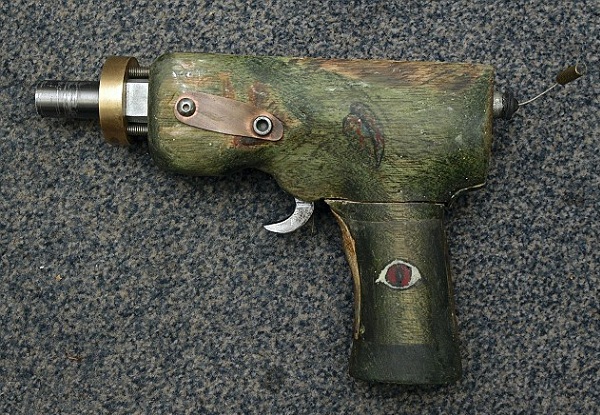 His neighbour contacted police after Cracknell test-fired the gun inside his home and when they raided his home found a cache of homemade firearms and ammunition.

He has been jailed for five years after admitting firearms offences.

It just goes to show . . . deny people access to firearms, and they'll make substitutes for themselves. Indeed, the two examples shown here are relatively amateurish when one considers that the British Sten fully automatic sub-machinegun of World War II was designed for ease of manufacture in small workshops. It was so simple to produce that Resistance fighters in Norway, Denmark and Poland made their own versions, without needing factories or elaborate facilities to do so. During and after World War II, the Haganah paramilitary organization in what was to become Israel manufactured Stens and their ammunition, first in garages, then in an illegal (and well-concealed) improvised factory.

Frank Adam comments: There are at least three Haganah Sten guns in this series of pictures – all probably home made – a cheap and nasty blow back weapon of barrel, breech block and spring that could go off if you dropped it butt end first, that the British first designed in 1940 when they lost all their equipment at Dunkirk. They quickly smoothed the design and eventually made 2.5 million of the Mark II, nicknamed “the Woolworths gun” at allegedly 5 shillings – one dollar then.

About 1942 Haganah obtained a specimen and realised the jackpot as they had a lot of disparate rifles in their caches with little ammunition, some being 19th century single shots. These were now dismantled for the barrels to saw up to make four Stens with garage machinery to make the butts and bodies. 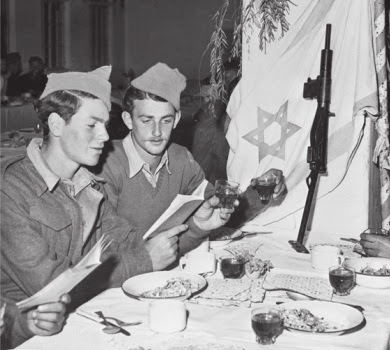 Ammunition was stolen or made from bulk imports of lipstick cases for cartridge cases. You can see the original underground factory near the new Rehovot Station and in Haganah Museum in Rothschild Avenue TA are several paired specimens used in settlement defence.

The Sten can be fabricated without major difficulty in any adequately-equipped domestic workshop, of the kind I see outside many American homes! All that would be needed (apart from the plans, which are freely available) are tools and raw materials, all of which can be sourced from hardware stores and suppliers, and auto scrapyards.

Yep, couple of years ago I was talking to an Aussie cop, he told me they'd found full auto machine guns being built it garages by gang members in NSW...

Tragic injustice in the UK:

5-years in jail for the mere possession of a home made pistol.....No one harmed.

Yet many people, with numerous prior convictions for violent crimes,and reoffend by harming innocent victims often get a lesser sentence.

This is like learning to make an atomic bomb online but much better because it is useful. Thanks. :)

Don't worry. After they've banned guns, you'll need an ID and certificate from your local sheriff to buy metal piping, and only in 2 inch lengths unless you are a duly authorized and licensed plumber.