On Tuesday I happened to mention the 'home-made' versions of the British Sten sub-machinegun that were produced by Resistance movements in Europe during World War II, and by the Haganah in Palestine during and after that conflict. For some unknown reason (blame my infinitely curious mental processes, I guess!), that post gelled in my mind with the subject of aircraft (about which I may have written a post or two, here and there . . . ). I began to search for information on whether sub-machineguns had ever been mounted in or on aircraft, for use as an airborne weapon. To my astonishment, there are two recorded instances where this was done - and with mass quantities of the things, to boot!

The first, appropriately enough, took place in the USA in the 1920's. John M. Larsen, a refrigerator manufacturer from Omaha, NE, became interested in aviation during World War I. Touring Europe shortly after the end of the war, he came across the single-engined Junkers F.13 airliner, the first all-metal aircraft designed for civilian use. 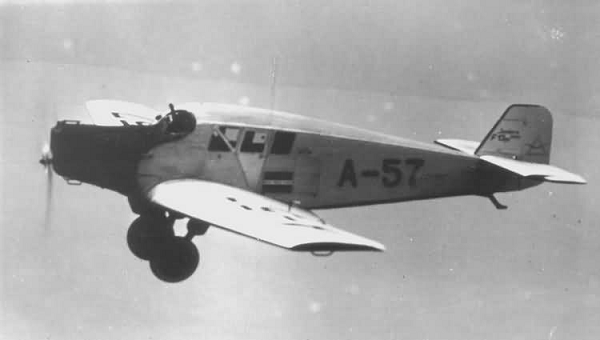 Larsen signed a co-operative marketing agreement to build and sell the aircraft in the USA as the Junkers-Larsen JL-6. The US Post Office bought several of them to transport the mails, although they were considered unsuccessful in this application. Larsen decided to try to sell a military version of the plane to the US Army, and in 1921/22 developed the JL-6 into what he called the Junkers-Larsen JL-12 (link is to an Adobe Acrobat document in .PDF format).

Larsen fitted the JL-12 with a 400hp. Liberty L-12 motor, far more powerful than the 160 hp motor of the original Junkers F.13, which gave the plane a top speed of some 145 mph. He installed a battery of no less than 28 fixed downward-firing "Tommy guns" (Thompson sub-machineguns, caliber .45 ACP), plus two more for hand-held fire by the pilot and observer. 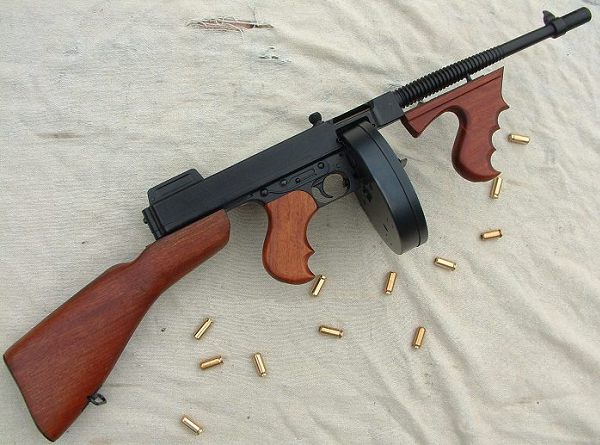 The famous 'Tommy gun', fitted in this case with a 50-round drum magazine

The principal feature of the "J.L.-12" consists of its armament of 30 Thompson machine guns. These are arranged in a main battery of 28 guns in two sections. The first section is of 12 guns, located directly behind the pilot's seat, and the second, of 16 guns, is mounted at the rear. Firing is operated by three levers, one firing the 12-battery, the other firing the 16-battery, whilst the third lever puts all 28 guns into action. The two remaining guns are operated independently by the pilot, or gunner, from the cockpit.

The main battery is located in the floor of the fuselage, the first section of 12 being set at a slight forward angle, and six of the second section fire directly downwards, the remainder being trained slightly aft. The circular drums for the guns contain 100 cartridges, and the ammunition equipment for the machine in battle trim consists of three drums for each of the thirty guns. The replacement of fresh magazines for all the guns requires only four minutes.

It is claimed that by operating the ailerons so as to rock the machine laterally, an effective side rake fire is obtained. The proposed functions of the "J.L.-12" are to provide a machine having high speed, quick climb and controllability, which can be used against infantry, convoys, etc. It will dive down on the enemy, and flying low over him, open fire and then climb rapidly to a safer altitude in order to give the gunner an opportunity to renew the magazines before another similar attack.

I must admit, my mind boggles at the thought of the unfortunate gunner/observer having to crawl around, changing 28 100-round drum magazines - each bulky and awkward to handle, weighing almost 10 pounds when loaded - while the aircraft was maneuvering to position itself for another attack. I can't see him doing that many magazine changes in a mere 4 minutes, as claimed! Unfortunately, despite its relatively good performance measured against other aircraft of the day, the JL-12 did not attract any orders from the US Army, and the project was abandoned. There are isolated reports that twin Thompson sub-machineguns may have been installed in fixed mounts on the wings of a US Army DH-4 bomber aircraft for test purposes, but I haven't been able to locate any further information about that.

The second mass installation of sub-machineguns in an aircraft was in the Soviet Union, towards the end of World War II. The aircraft was the excellent Tupolev Tu-2, one of the best light bomber/attack aircraft of the war. 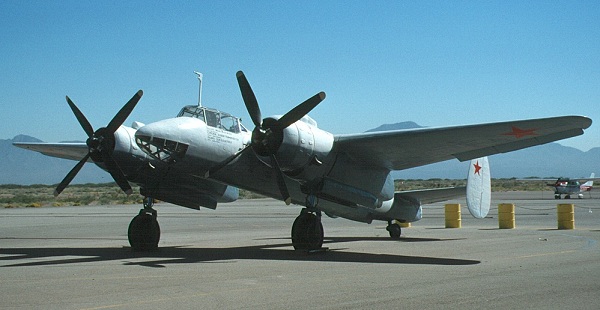 An experimental ground-attack version, dubbed the Tu-2Sh model, was fitted with a battery of no less than 88 (!) PPSh-41 sub-machineguns. The latter was a standard-issue weapon in Soviet armed forces, in caliber 7.62x25mm. Tokarev.

The guns were mounted in a frame that could be hoisted into the internal bomb bay. The photographs below are courtesy of English Russia. 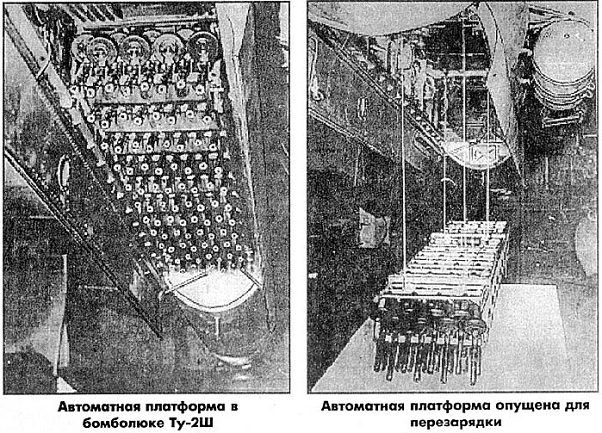 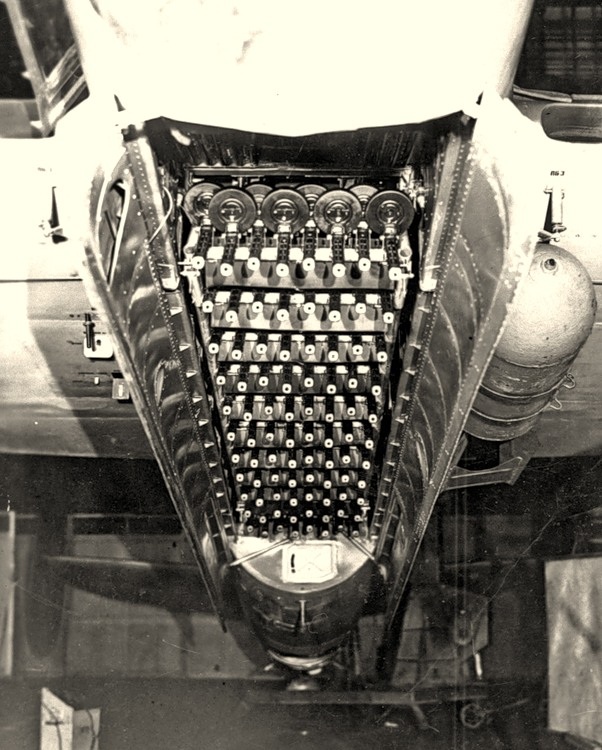 They were apparently mounted so as to spray their bullets in a pattern beneath the aircraft, taking out any enemy troops in its path. They were not, of course, intended to be reloaded in flight! (For that matter, cleaning 88 sub-machineguns on the ground, reloading 88 drum magazines [each with a maximum capacity of 71 rounds, although they worked more reliably when loaded with 60-65 rounds], and recharging all the weapons, must have been a marathon effort by any measure!) World War II came to an end before tests with the experimental installation could be completed. It apparently worked well, but was no longer needed, and was therefore discarded. The Tu-2, however, continued in service for several years, seeing combat in Korea and being used by the Chinese Air Force until the late 1950's.

So, there you have it. The lowly sub-machinegun, intended as a short-range defensive weapon for troops on the ground, nevertheless made it into the air en masse on at least two aircraft.