Readers are probably familiar with my detailed history (see Weekend Wings #39) of the Cheetah fighter aircraft of the South African Air Force (SAAF). All were retired from service by 2008, to be replaced by Saab Gripen fighter-bombers. 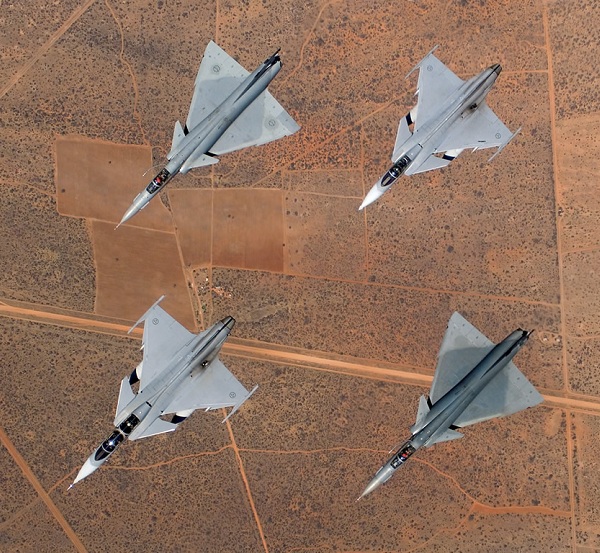 Ecuador was looking to upgrade its fighter aircraft at the time, but couldn't afford new planes due to economic circumstances. The Cheetahs looked to be a good fit for its needs, particularly because the Ecuadorian Air Force already operated French Mirage 50 aircraft (a derivative of the Mirage 5) and Israeli Kfir fighter-bombers. Both are very similar to the Cheetahs, meaning that Ecuadorian pilots would require minimal re-training to fly the latter aircraft and operate its systems.

After lengthy negotiations, it was announced in 2010 that Ecuador would buy a dozen Cheetahs (ten single-seat C models and two two-seat D's). Denel Aviation of South Africa would provide a maintenance package for at least five years. 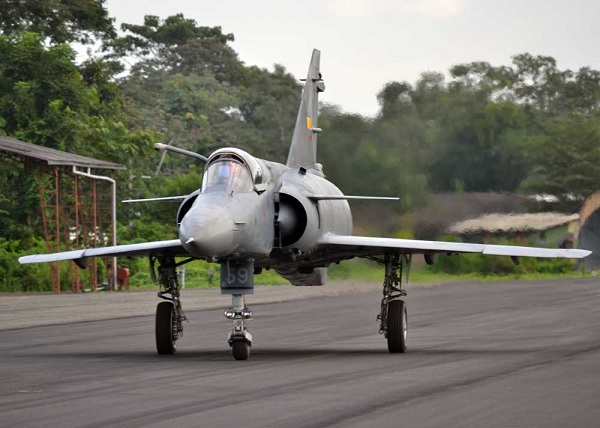 Ex-SAAF Cheetah C at an Ecuadorian air base

The twelve Cheetahs have now been delivered to Ecuador, and are entering service. Here's a Spanish-language Ecuadorian news broadcast with some footage of the Cheetahs in the skies over their new home.

It's good to see the old stalwarts of the SAAF in the air once more. They'll provide a cost-effective interim air defense capability to Ecuador for several years while a more modern fighter aircraft is selected, and funds are found to procure it.