Bungling medics dropped a donor heart in a city street just yards from the medical centre where a life-saving operation was about to be performed.

Mexico City police say they used a helicopter to deliver the heart to the hospital in a 'rapid, precision manoeuvre'.

The heart had been flown 450km from Leon, Guanajuanto to the Centro Medico de Enfermedades Reumaticas in Mexico City.

But in the few short steps from the helicopter landing pad to the hospital entrance the two medics managed to topple the wheeled coolbox spilling the plastic-wrapped heart onto the tarmac. 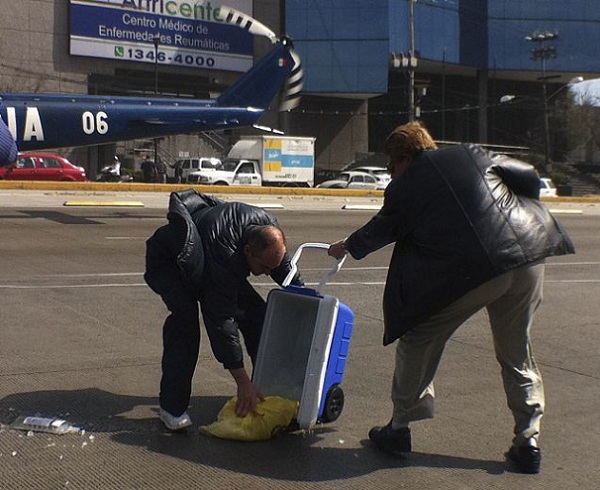 The heart had then to be scooped up from the street, along with the ice and accompanying medical fluids, before it could be used in the complicated procedure.

Only after it had been repacked in ice was it taken inside to the waiting transplant team.

Falcony Rodrigo Lopez, director of the hospital, confirmed to local media that the operation had been a success.

Hmm . . . since they treated his new heart like a football, will the patient wake up as a rabid NFL fan?