An amazing series comes to an end


I've referred several times in these pages to the Atlantic's series of photographs from World War II. The 20th and final instalment was published yesterday. Here are two pictures showing the effects of the atomic bombs on Japan. 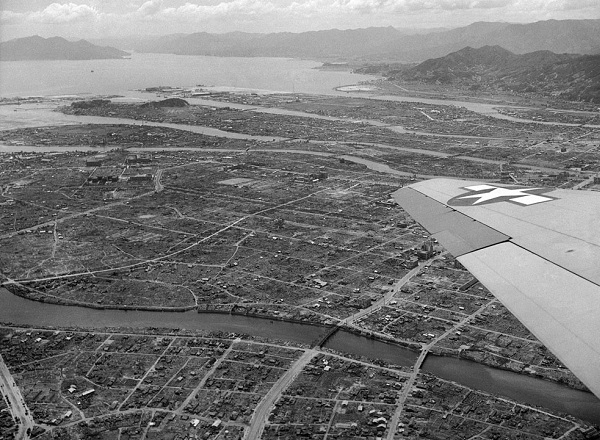 Hiroshima, one year after The Bomb 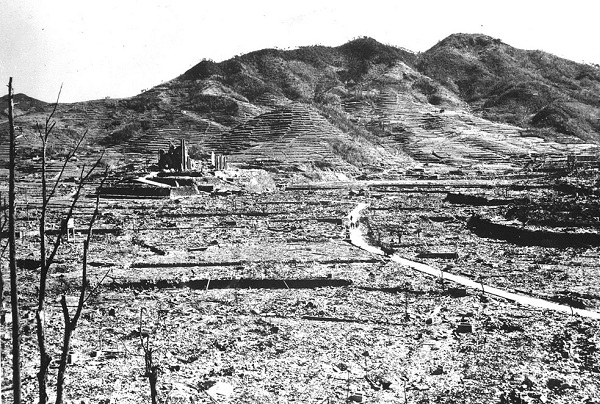 Nagasaki after The Bomb. The ruined Catholic Cathedral is in the background.

The whole series has made fascinating reading. The episode on the Holocaust, in particular, is devastating in its impact. It's not safe for children, and probably not for work either - its portrayal of wholesale slaughter is unflinching in its barbaric intensity - but it's invaluable as an answer to those unbelievably cretinous idiots who try to maintain that the Holocaust never happened, or was greatly exaggerated. You may be sure I'm going to bookmark that episode in particular, and save most of its photographs to my own archives, for future reference, and as a way of answering those dumbasses.

I think the editors of the Atlantic deserve our grateful thanks for this superb series. It's indispensable viewing for military history buffs, and for all those who remember the 'Greatest Generation'. I find the pictures have drawn me closer to the memory of my mother and father, both of whom experienced World War II the hard way.

Thank you for sharing the links to this. It is amazing to see these historical pictures.

You have a knack for finding the neatest things....