A long-standing resource is to be 'condensed'


I'm sure many readers are familiar with US Army Field Manuals. Well over 500 have been issued over the years, with more than 300 in current use. However, that's about to change.

The U.S. Army is cutting back on Field Manuals – not to save money but to save time and give soldiers easier access to the latest lessons learned in the field. 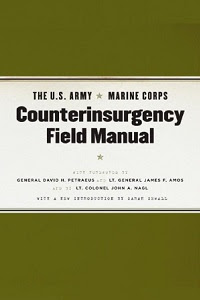 Instead of the more than 300 manuals now in use, the Army plans to boil down that collective knowledge to just 15 documents known as Army Document Publications (ADP). The 10-page ADPs will reduce the basic concepts of the field manuals to usable information available both in print and on-line.

The idea is to streamline the information soldiers need in the field and also to make that information more accessible. In addition to paper copies, the information will be available in a variety of electronic media including DVDs, podcasts and mobile phone apps. “It condenses down a mass of information,” says Lt. Col. Jeff Allen, public affairs officer of the Combined Arms Center at Fort Leavenworth, Kansas. “We’ve taken the big ideas from the FMs [field manuals] and put them into the ADPs,” he added.

Field manuals will continue to “provide more detailed information about the specific tactics and procedures that support the ADPs and are talked about in the ADRPs,” Allen said. The Army also plans to cut the number of field manuals to 50 by 2015.

Topics to be covered by the 15 ADPs include: intelligence, sustainment, offensive and defensive operations, mission command and civil support operations.

There's more at the link. You can read more about Field Manuals here. Most of those currently in effect are listed here, although they can't be downloaded without a military login ID. Over 500 of them - including many that are no longer current - may be found here, and freely downloaded. There are other sources for them on the Internet; just do a search for 'US Army Field Manuals'.

Former servicemen may wish to get their own copies of some Field Manuals, partly as a souvenir of their service, partly because they may find the information they contain useful in the light of their military training. Ordinary civilians might also find some of them useful, because they can be applied to non-military requirements as well (for example, Principles Of Automotive Engines can teach one a lot about vehicle maintenance, or the Basic Cold Weather Manual can help keep one alive in severe winter weather). It's possible that after the Field Manuals are condensed into ADP's, some of them may no longer be available: so now might be a good time to download copies of those that interest you.