The Telegraph has published a series of photographs of 'Quirky Properties Around The World'. Here are a few to whet your appetite. 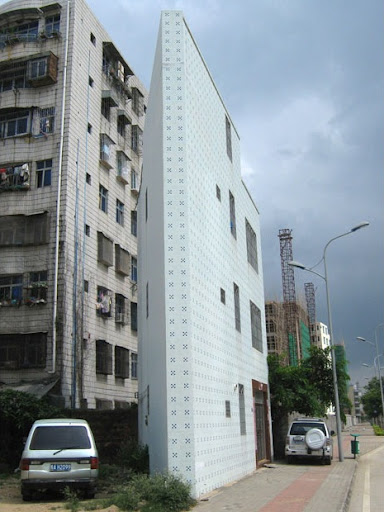 This three-storey building in China may be the world's thinnest. The building
in Haikou, Hainan Island was built in 2007 and covers an area of just 20 square metres.
The narrowest end of the building is 0.4 metres wide, while the widest is 3 metres.
The local government reportedly appropriated most of the land the property is built on
from its owner, leaving him with just the 20 square metres,
so he built the skinny building on his remaining land as a form of protest. 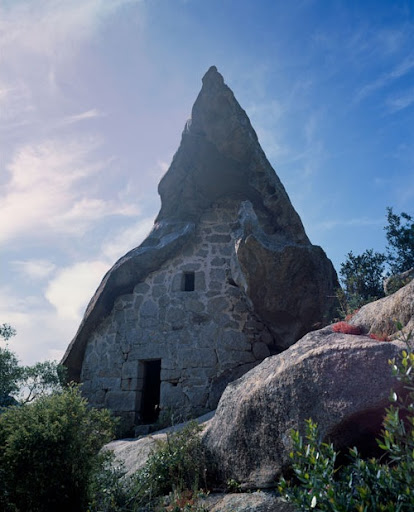 The Oriu of Cani, an unusual house in Corsica
made out of a large boulder whose overhang has been bricked in 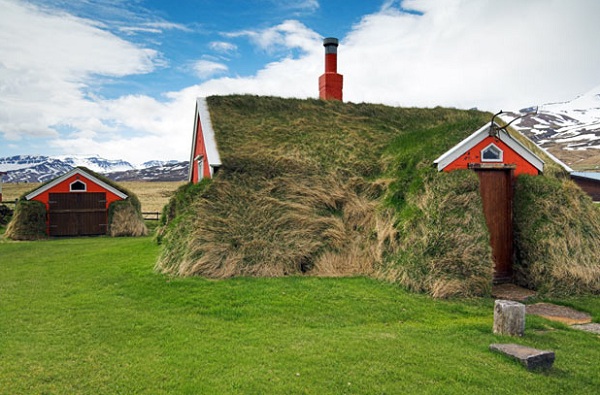 There are more at the link. Interesting, amusing, and definitely different dwellings!

Neat pics! And I've actually seen the sod houses in Iceland! When you have NO trees, you use what you can...

The list could certainly be made longer, for example I remember reading about(and seeing pictures of) a house made of used car tires.

A friend used to live in a geodesic dome. It's tough to fit square furniture into a round house.