Fancy a rather unique aircraft for your collection?


If so, there's a pre-World-War-II Hawker Demon biplane fighter coming up for auction in the UK. 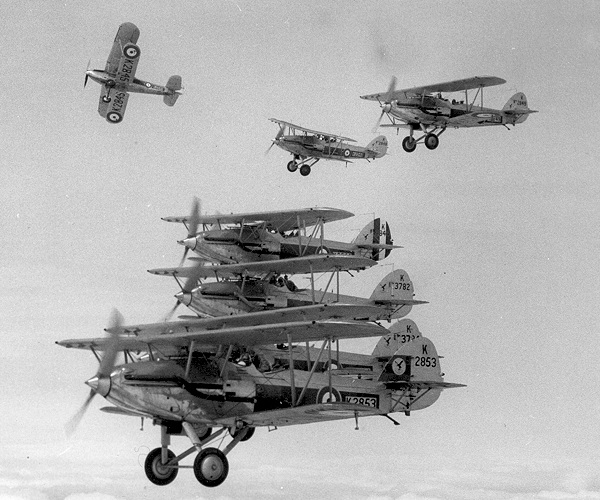 The result of a painstaking 35,000-hour, 18-year restoration, K8203 is understood to have been the 23rd of a third batch built by Boulton-Paul’s Wolverhamton plant to Specification 8/34. Delivered in October 1937, it was initially assigned to No.64 Squadron at RAF Church Fenton, and it is their livery that adorns the aircraft again now.

The fuselage was acquired by the vendor from Aero Vintage in July 1991, together with a fin, rudder, tailplane, elevators, centre-section, plus some parts of the wings and under-carriage. 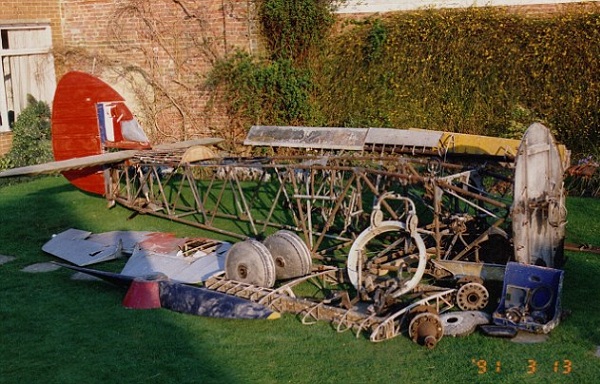 Other components were rescued from an Irish tip and the supercharged Rolls-Royce Kestrel VDR engine came from Australia, having been originally installed in a Royal Australian Air Force Demon. The over-riding intention was to make the finished aircraft as historically accurate as possible and a great deal of research and development went into the refurbishment of original parts and the manufacture of replacement ones as required. The task of bringing the Demon back to life was entrusted to SkySport Engineering of Sandy, Bedfordshire and a full account of this marathon achievement appeared in the December 2009 issue of Aeroplane Monthly.

Apparently the CAA inspector assigned to the project delayed his retirement specifically so he could personally sign off the test flight programme, and, having been grounded for almost 70 years, the restored Demon finally took to the skies once more in June 2009. 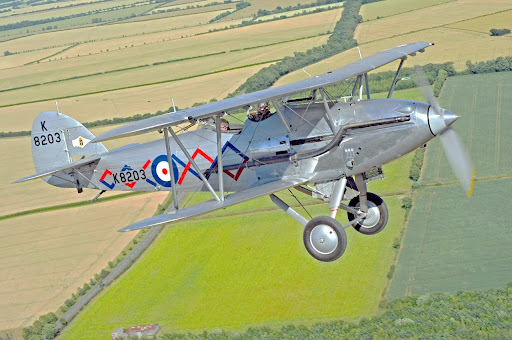 Following completion of the test flights at RAF Henlow, a CAA permit was issued the following month, allowing K8203 to make its airshow debut at Old Warden on August 2.

There's more at the link. A more detailed account of the restoration may be found here. Here's a video clip of the aircraft during an air show in 2009.

The Demon is a very interesting aircraft, in that it's part of a large family of related models that began with the selection of the Hawker Hart bomber for the Royal Air Force in 1929. You can read about it, and aircraft developed from its basic design (including the Demon), in Wikipedia's article. The Hart was one of the most successful biplane designs in history. Even though it was obsolete by the outbreak of World War II, variants of the design fought in the East African campaign with the South African Air Force, and others served as training aircraft to produce pilots, observers and bomb aimers for front-line aircraft in England and elsewhere.

I have a family connection to the Hart 'family' of aircraft, too. My father joined the Royal Air Force in 1936, training as an aircraft fitter and rigger before going on to become an Engineer Officer during World War II. He reminisced about working on Harts, Audaxes and Demons prior to the war, and said they were excellent aircraft for their time.

If I were only 35-years younger and had Sir Richard Branson's money.

What a beautiful aircraft! I'd never heard of this type of aircraft before. Thanks for posting this.

Make it a low-wing monoplane and it would remind one a lot of the Hawker Hurricane.

That is stunning, and I can't help but think of the love that went into that restoration, not to mention the years...