A weird-looking but very interesting ship


I note that the US Navy's newest Missile Range Instrumentation Ship, the USNS Howard O. Lorenzen, has just been fitted with its radar aerials. 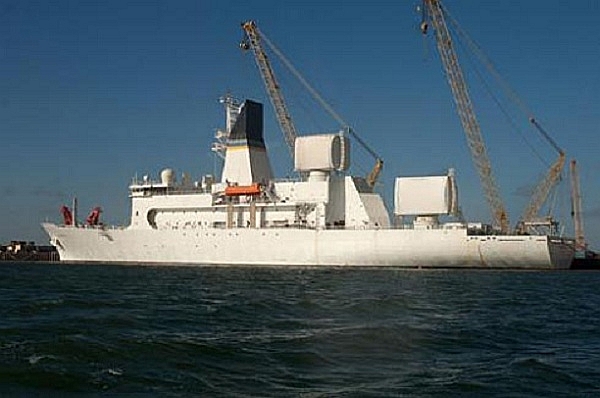 The ship will replace the 1950's-vintage USNS Observation Island with its early-1980's-vintage Cobra Judy radar system. 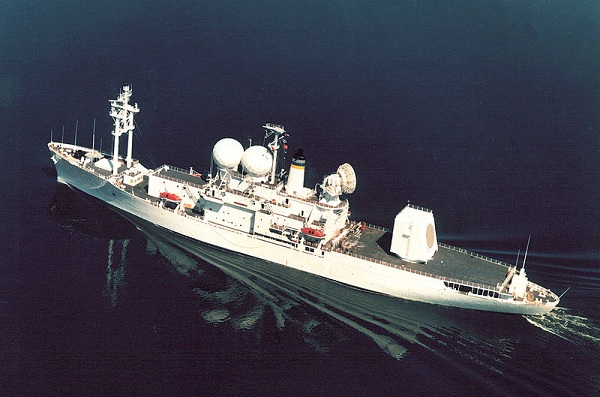 You can find a series of pictures of other, older US Navy tracking ships here.

The US Navy usually describes these ships as being used to monitor test firings of US missiles. However, it's noteworthy that the new ship is named for a seminal figure in the history of electronic warfare. As Nation2Nation reports:

In a career that spanned 33 years at the Washington, D.C., based Naval Research Laboratory, Howard Otto Lorenzen developed the distinction as the “Father of Electronic Warfare” for his development of radio countermeasures that could exploit detected or interrupted electromagnetic transmissions for military purposes, intelligence gathering and electronic countermeasures — a pioneering concept that was the genesis of modern day electronic warfare.

“Lorenzen understood and the Navy realized the value and relevance of not only detecting enemy radio and electronic transmissions, but that recording, analyzing and deciphering these transmissions and developing intuitive countermeasures would prove to be an integral and vital function to the future of national security,” said Pete Wilhelm, Director, NRL Naval Center for Space Technology.

There's more at the link, including details of many of Mr. Lorenson's activities and achievements.

I somehow suspect that a mere 'missile tracking ship' would not be named for someone so famous in the electronic warfare field. I have, shall we say, a certain amount of experience in that field myself . . . so I'm willing to bet that a radar system this powerful (particularly with such large active electronically scanned array [AESA] antennas) is useful for a whole lot more than merely tracking our own missile tests! There's also likely to be plenty of room for more electronics aboard a 14,000-ton hull.

I note that other nations who've operated such 'tracking ships' are much less euphemistic about how they use them. The former Soviet Union went so far as to build one of its tracking ships, the Ural, using the hull of a nuclear-powered Kirov class battlecruiser, and referred to it explicitly as a 'command ship'. 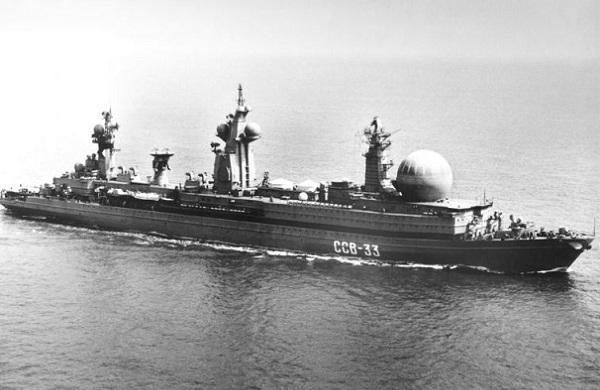 One suspects that, although we probably won't hear much about her in the news media, USNS Howard O. Lorenzen is about to embark on a career that would make her namesake smile nostalgically . . .

Question of the day: What would be the difference of 'intercepting' signals by Cobra Judy and signals that were intercepted and broken by cryptographers and math whizzes in "Ultra"? I understand that Cobra Judy's must have been gotten over water(?) but how did one go about intercepting land signals? You must have known where to look for the German signals. Am I being obtuse?

Trailbee, all radio signals can be intercepted by any receiver within range, irrespective of whether they're over land or water. It's easier to avoid that on land by using landlines instead of radio to transmit and receive messages.

That's why, prior to and after D-Day in France, the Allies asked the French Resistance to sabotage every telephone and telegraph cable they could find. That forced the Germans to use radio instead, which the Allies could intercept, providing messages that they could decrypt.

However, an AESA radar is far more than just a radar. Look at the Wikipedia article linked in the text of my post. It can be a tool for electronic warfare (i.e. jamming enemy signals, even burning out their hardware with a beam of directed energy), and has many other applications. These are probably amongst the biggest and most powerful AESA antennae ever manufactured. I suspect they can do a whole lot that no-one's talking about . . .

Thank you. I wondered how that information got to the Brits and you have answered it. I shall go to the W article. I appreciate your answer. B.

The Observation Island was often at Adak, AK during the eraly 1980's. The Navy SPs were always harassing people who took or tried to take pictures of her. However, unlike certain other installations on the island (most particularly the nuclear weapons depot for the P-3 Orions, but also parts of the Naval Security Group Activity's installation), that seemed to have been on somewhat shaky grounds. Once when I was up on some cliffs overlooking Kuluk Bay to photograph eagles and ravens, I watched an SSN transfer somebody in a stretcher to the harbor tug. Someone on the sub's bridge with binoculars spotted me watching and photographing them, and we watched each other. SPs came and poked around for a while, but didn't spot me. Sadly, the film hadn't caught on the spindle, and some of my best photos (otters, eagles, and SSN). Karma, I guess, since that's what the SPs would've done: made me ruin my film.