Connecting readers to the feats of their fathers


Back in November 2008, I wrote Weekend Wings #28, which focused on the first air raid on the petroleum refinery complex at Balikpapan in the Dutch East Indies (today Indonesia) by the US Army Air Force in 1944. Almost immediately it began to attract reader attention, and numerous Internet searches ended up on that page. I began to get blog comments and e-mails from readers whose parents were connected to that raid.

In March 2009 I wrote a follow-up article, quoting at length from the diary of one of the fliers who participated in that raid, sent to me by his son along with the photograph below, taken on the raid. (Click the image for a larger view.) 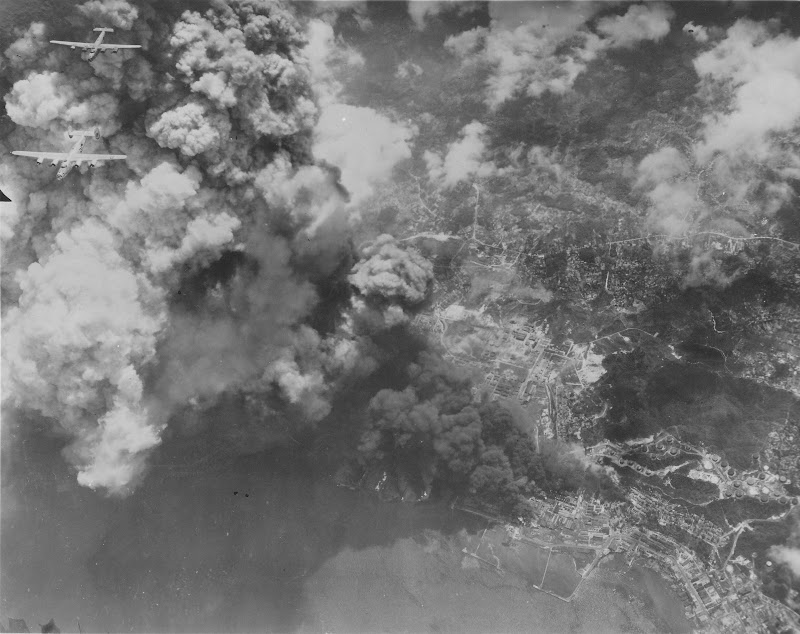 Both articles continue to attract readers to this day. The most recent comment on the second article arrived this very evening, from Ms. Vicki Briley Kerr, who writes:

My father Forrest M. Briley spoke of these missions many times. He was a reserve colonel who worked for Consolidated Aircraft out of Wright Field. He helped designed the planes that flew these missions. He described how they were instructed to gut the planes of everything not vital to the mission so they could minimize the weight. He described these planes as “flying gas tanks”. I am very excited to read your account as I have not found any documentation of these missions as was, frankly, beginning to question the validity of his stories.

I'm still surprised and touched by the number of relatives of veterans of this mission who've commented on both articles, particularly the second one. Every day there are one or two hits on it as the result of Internet searches. I'm sure many of them are from relatives of those who took part or were involved, like Ms. Kerr. I'm pleased to have been able to rekindle memories of that long-forgotten war, and this particular chapter of it, which is almost unknown today. It's that kind of reader response that make worthwhile all the hours of research and writing required to produce a Weekend Wings article.

If you haven't read those articles, you might find them interesting - and the comments from the children of those who flew on that mission.