Following the news of several interesting iPhone apps (see below), we learn of an Australian company that's had to rename its product after getting crossways with Apple.

Frustrated Apple customers dealing with new faulty iPhones may think they belong in the loo but a Perth company's foray into toilet humour got them into trouble with the technology giant.

General manager Rob McSporran said the company dubbed the trowel "iPood!" and registered it as a trademark in Australia in October 2006. 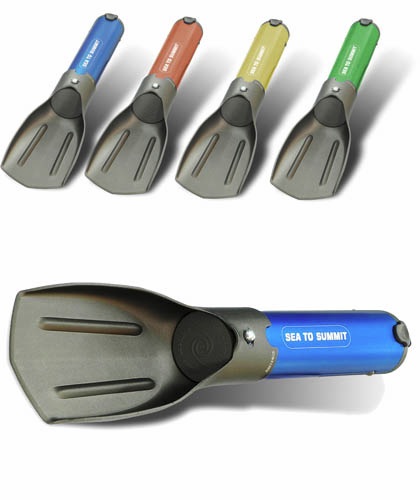 "We identified that there was a hole in the market for a sturdy poo trowel. Many cheap ones on the market are plastic and break easily and people end up leaving bits of plastic all over the place," Mr McSporran said.

"The purpose of the product is to help people be responsible, to educate people, but talking about burying your poo tends to turn people off so we had a bit of fun [with the name]."

It had been on the market for seven months before Apple's lawyers swooped, asking Sea to Summit to cancel its Australian trademark registration, withdraw applications in the US and China, and change the product name once the stock ran out.

"Sea to Summit iPood is clearly similar to Apple's iPod, there being merely a single letter difference," the letter said.

"For obvious reasons, Apple's reputation for clean design and high-tech electronics will suffer should it be associated with latrines and the like through Sea to Summit's use of iPood."

Mr McSporran said the company, which has 40 employees and was established 20 years ago, decided to abide by the request because they didn't have the resources to fight it.

"We have changed the name to Pocket Trowel, which is a bit boring," he said.

But he said the cost of changing the product name on packaging and marketing was negligible.

Yes, the name was an obvious parody, and I guess Apple had the right to tell them to change it . . . but I think Apple would have done far better to leave the name as it was. Think of all the free publicity - and the laughs!

I would have renamed it the Jobs Trowel. It's the trowel for Jobs you need to do in the woods.

It could have been named after that town or village in England. That would have created some laughs