When short of ready cash, look for substitutes. That's what the makers of Johnnie Walker whisky did.

Diageo, the maker of Johnnie Walker whiskey, found an innovative way to plug a gaping deficit in its pension plan: put aside 2 million barrels of maturing whiskey from its distilleries in Scotland.

Diageo said Thursday it would transfer ownership of £430 million, or $645 million, worth of whiskey to a pension funding partnership. Diageo employees would not receive their pensions in whiskey rather than cash, but the move does give them a guarantee that they would not walk away empty-handed should the company default. 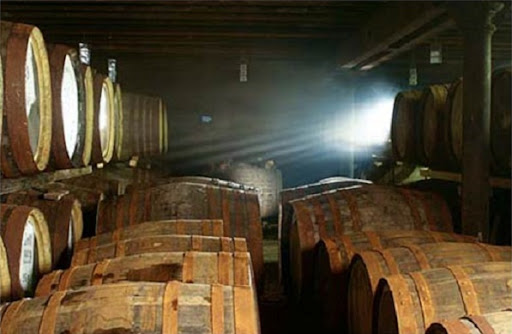 “A pension funding partnership will be formed, which will hold maturing whiskey spirit as assets,” Diageo, which also makes Guinness stout and Smirnoff vodka, said in a statement.

As part of the deal, Diageo agreed to pay the pension partnership £25 million a year as it sells the recently distilled whiskey once it matures after three years and replaces it with new stock. The agreement would expire after 15 years, at which point Diageo would buy back the whiskey, which comes from distilleries such [as] Oban on the west coast of Scotland.

Companies are searching for new ways to reduce their pension deficits, which increase as people live longer. The British supermarket chain J Sainsbury said earlier this year it would transfer property into a pension vehicle, while Whitbread agreed to hand over a share in its portfolio of restaurants and hotels. The investment firm Man Group moved some hedge fund assets into a trust as a security for its British pension plan in March.

“We’re seeing a huge growth in the use of non-cash funding,” Marc Hommel, leader of the pensions practice at PricewaterhouseCoopers in London, said. “There are big pension deficits and sponsors are cash-strapped. These mechanisms provide security for the pension plans in exchange for less cash.”

Hmm . . . I imagine a number of employees would be happy to take their pensions in cask-matured single malt Scotch! If any natural commodity is inflation-proof, uisge beatha is about as close as it gets!

The really sad part is, that's the most responsible corporate pension program I've ever heard of. Seriously.

That is truly an investment that will never go down in value... And I agree with Jim.

And if they HAVE to issue the pensions in the form of scotch, the pensioners will have something to wash their troubles away, even if their good hootch were in a styrofoam cup. (I've done that, and it feels wrong)