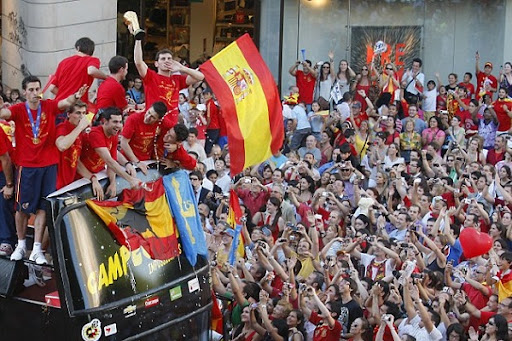 Cities all over the country came to a standstill as the population rejoiced en masse. 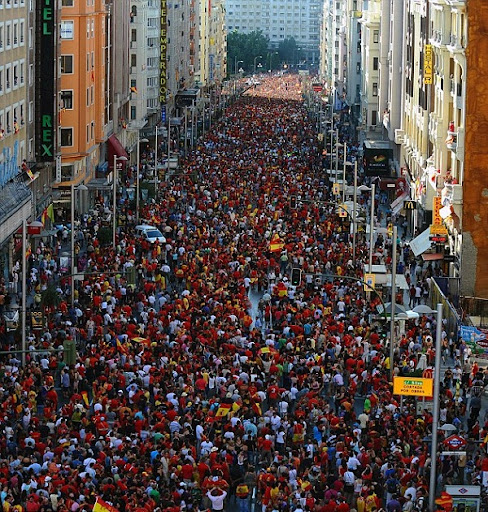 I doubt very much whether any work got done there today - and there probably won't be much accomplished tomorrow, either! 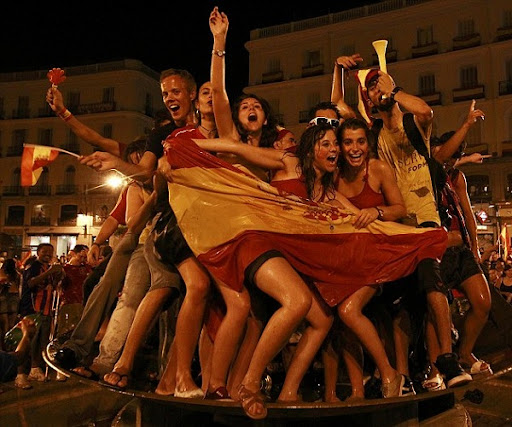 Meanwhile, Paul, the 'psychic octopus' who 'correctly predicted' the result of all Germany's matches and the final four positions in the World Cup (about whom I wrote last week), has gone into honorable retirement, his perfect record intact. There are some disgruntled German and Dutch fans who want to convert him to calamari as a matter of principle, but he's a hero to the Spanish and a host of other fans. Indeed, all sorts of people are now trying to claim him as theirs!

Several nations are now "claiming" Paul the Octopus, saying that he should live in their country. England says it owns Paul, stating he was born in Weymouth prior to his trade to Sea Life Aquarium. Italy has claimed that Paul the Octopus was caught in Italian waters and that Italy is his "rightful homeland." France has claimed that Paul was found near Elba, Napoleon's home in exile, and is therefore truly a French octopus.

And Spanish Prime Minister Jose Zapatero has even offered Paul political asylum in the wake of Spain's World Cup victory and the many death threats Paul has received. "I am concerned for the octopus ... I am thinking of sending him a protective team," Zapatero told Radio Cadena Ser.

What is Paul up to while all this international hullabaloo takes place? Likely feasting on more mussels and considering his next career move. The animal oracle was given a golden cup, similar to the World Cup trophy, filled with mussels on Monday to honor his prognosticating success.

The LA Times reported that a businessman has offered nearly $38,000 to rent Paul as a mascot for a food festival in northwestern Spain. Paul also has a Facebook page and millions of fans and followers all over the world.

Unfortunately, one of Paul's (probably very distant) cousins has already paid the price for his relative's celebrity. 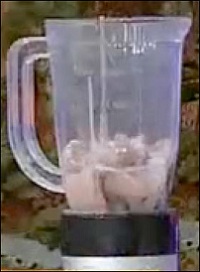 AN Argentine TV presenter furious with Paul the 'psychic' World Cup octopus has horrified viewers by liquidising one of his relatives live on air.

But presenter Roberto Pettinato, from Argentina's 'A Perfect World' programme, wanted revenge after the tentacled soothsayer called the results so well.

Argentina fans blamed him for their World Cup exit after he correctly predicted Germany would beat them and some have voiced a desire to eat him.

So after branding the animal a "Nazi" he grabbed an octopus live on air and claimed to be killing it as he hacked its head off and put bits of it in a blender.

Pettinato said as he lowered him into the machine: "Your moment has arrived, little Nazi octopus."

And here I was thinking that soccer is just another game . . . silly of me, wasn't it?

So where is peta? Where are they? I do not hear you.