Proudly displaying the words Safe Removals, the owners of this firm were left red-faced after their driver got himself into a rather tight spot. 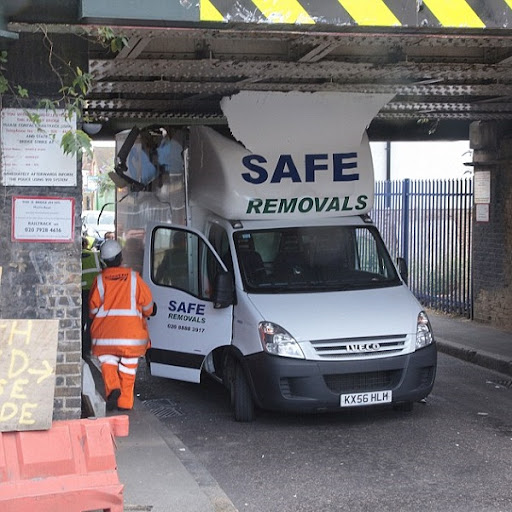 Happily cruising along a road in south London, the driver of the van came to an unexpected standstill when he attempted to drive under a low railway bridge.

The van became stuck fast and efforts to remove it only made matters worse.

Eventually, with tires squealing, the van lurched backwards - and the roof was torn off.

It reminds me a bit of the German pocket battleship Deutschland at the start of the Second World War. The authorities suddenly realized that if a ship named for their country were sunk by the Royal Navy, Britain would gain an immensely useful propaganda victory over and above sinking a major enemy combatant. The ship was hurriedly renamed Lützow to avoid the problem.

In this case, perhaps the firm should change its name to something that won't lead to ridicule whenever accidents like this inevitably happen!