I'm fascinated to learn that a 14th-century timepiece was recently discovered in - of all places - a barn in Queensland, Australia! The Sydney Morning Herald reports:

AS A seven-year-old, Christopher Becker found the perfect tool to make a track in the dirt for his toy cars.

It was a triangular piece of brass kept in a bag of pipe fittings in a shed on the family farm in central Queensland. The strange implement had been in the family for generations but no one knew what it was.

"My brother and I were looking for something to grade roads for our toy cars," he said. "We found that and thought it was excellent."

Mr Becker learnt a few months ago that it is a rare 14th-century timepiece, the oldest of a group of four, two of which are in the British Museum. 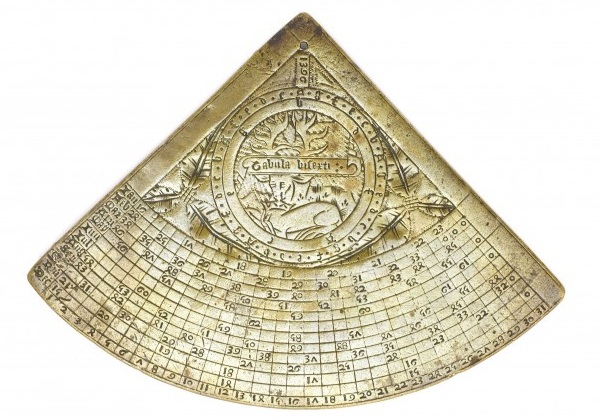 "My Dad found us playing with it in the dirt," Mr Becker said. "He didn't think that was a good idea so as a peace offering, I cleaned it up and put it in my room."

His father had previously rescued the timepiece from a family clean-up. "It almost went to the tip. My father saved it at that point. He thought, 'I can't throw it out, it's a nice looking piece of brass - whatever it is'."

For years, the timepiece, about eight centimetres in radius, has sat on a bookcase in his study. He began to do some research into it last year and eventually contacted the museum.

His childhood plaything is known as a quadrant and is dated 1396. It is the earliest British scientific instrument in existence after the museum's Chaucer astrolabe of 1326. 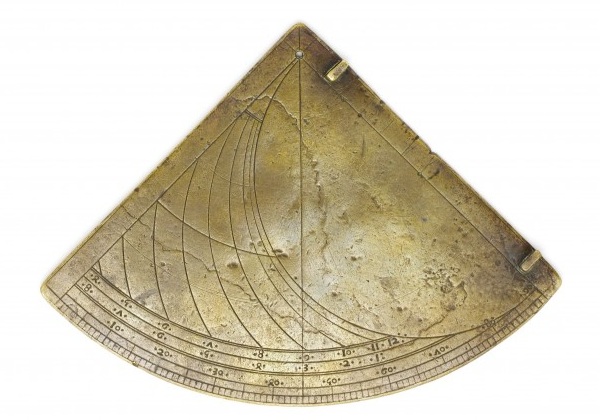 ''Essentially, it's a mediaeval digital clock,'' Mr Becker said. ''It can calculate exactly what day of the year it is, the time of day, as well as the summer solstice and the winter solstice.''

The quadrant features a stag wearing a crown around its throat, an emblem associated with King Richard II. The famous altarpiece The Wilton Diptych, in London's National Gallery, has a similar image of the crown-wearing stag on its reverse and on King Richard's cloak.

The newly-discovered quadrant is almost identical to a 1399 quadrant in the British Museum, also made for King Richard II. It's likely both were made as part of a set for the King. What I'd love to know is how a late-fourteenth-century quadrant made its way from England to Australia, and when it happened! Surely, if the British authorities had known of the existence of such an antiquarian treasure, they'd never have let it leave the country. If only it could talk, what stories would it tell us of its six-hundred-year-plus existence?

IIRC, Australia was a prison colony.

Some enterprising thief found a way to smuggle it with him?