The manufacturing revolution picks up speed


I've written before about three-dimensional printing, and how it promises to revolutionize short productions runs in the near term (and possibly conventional manufacturing processes as well, in the longer term). It seems new information is coming out daily about new areas where 3D printing is making a significant contribution. I thought it might be fun to introduce a few examples.

German firm EOS has produced a 3D printed version of all the parts of a Stradivarius violin. Wired UK reports:

Sitting in the Wired office this morning was none other than this: a fully operational 3D-printed replica of a Stradivarius violin (because regular violin production methods are so 2008). 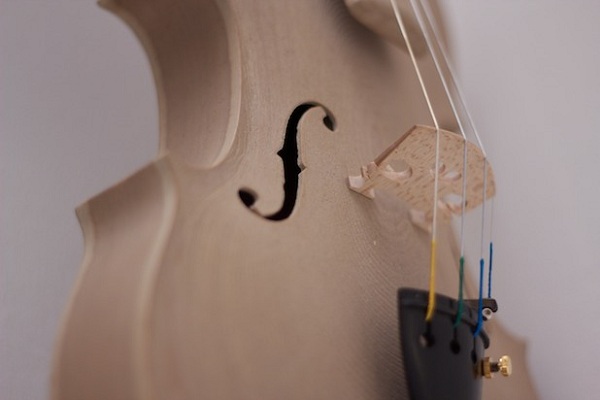 The components of this playable instrument were manufactured by EOS -- a German firm that specialises in 3D printing technologies -- and assembled by a professional violin maker. Whilst appearing to be built from wood, the material used to construct the body is actually an industrial polymer named EOS PEEK HP3, normally used for high-temperature medical and aerospace applications.

Certain parts were not 3D-printed, however, such as the strings, fine tuner and pegbox. These were added by the luthier once the bodywork was finished by EOS.

There's more at the link. Here's the violin in action.

Purists will doubtless sniff that it's nowhere near as pure a tone as the Stradivarius instrument from which it was modeled . . . but it sounds pretty good to me!

Next, 3D printing is a rapidly expanding technology in the medical field. A few recent developments include:

Finally, for those with a sweet tooth, 3D printing offers a new way to satisfy their cravings. The BBC reports:

A 3D printer that uses chocolate has been developed by University of Exeter researchers - and it prints layers of chocolate instead of ink or plastic.

"Then you do a 3D shape - layer by layer, printing chocolate instead of ink, like if you were layering 2D paper to form a 3D shape," he said.

Once a layer is completed, it solidifies, and the machine moves on to the next layer.

Once the prototype becomes a finished product, it may find a role in the restaurant and food preparation industry.

And some companies are already expressing interest.

But what is even more appealing, she added, is that customers will be able to design any object on a computer before hitting the print button.

"We could do things like 3D faces, for instance - the possibilities are enormous on a commercial aspect."

Besides producing 3D chocolate, Dr Hao's team wants to go a step further - and take their printer into cyberspace.

He said the next step would be creating a chocolate-oriented website.

"Now we have an opportunity to combine chocolate with digital technology, including the design, digital manufacturing and social networking.

"Chocolate has a lot of social purpose, so our intention is to develop a community and share the designs, ideas and experience about it."

Social networking with personalized chocolate? I'm up for that . . .

To have the potential to create a new, functional, body part for these people - our children, our wives, husbands, parents - and to not do it is the worst sin I can think of.