A church on the move!


I was intrigued to find these photographs at Dark Roasted Blend. They show a church being moved from the village of Hoyersdorf, in the Bornu region of south-eastern Germany (an area that was once part of the former East Germany, if I recall correctly). 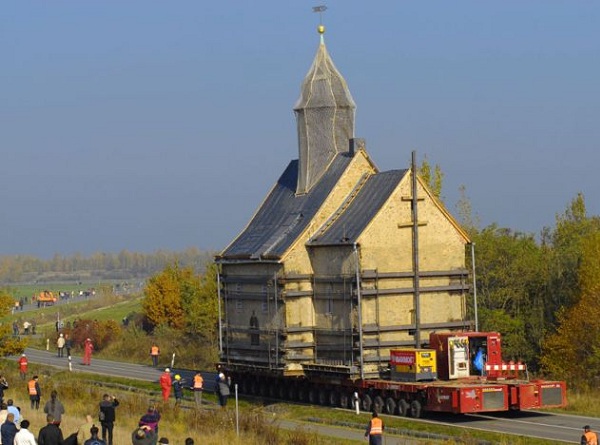 The church was built in 1258, making it the oldest Saxon-era church in the area. It seems a seam of lignite was discovered beneath the church, and in order to exploit it, the buildings on the site had to be demolished - or moved. 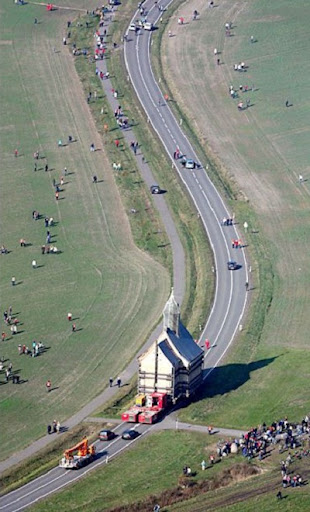 The Dutch firm Mammoet, with its specialized heavy-lift vehicles, was selected to carry the church from its original site to a new one, safely out of the way of coal-mining activities. 59 villagers also moved to new residences (their old ones having been bought by the coal mine, which will demolish them).

There are more pictures at the link (scroll down to view them).

So, after more than three-quarters of a millennium in its original location, the church now has a new home. I wonder if it'll still be there in another 750-odd years?