On November 25th, 1961, USS Enterprise, the world's first nuclear-powered aircraft carrier, was commissioned into the service of the US Navy. On Friday, November 25th, 2011, she marked her 50th year of service to this nation. 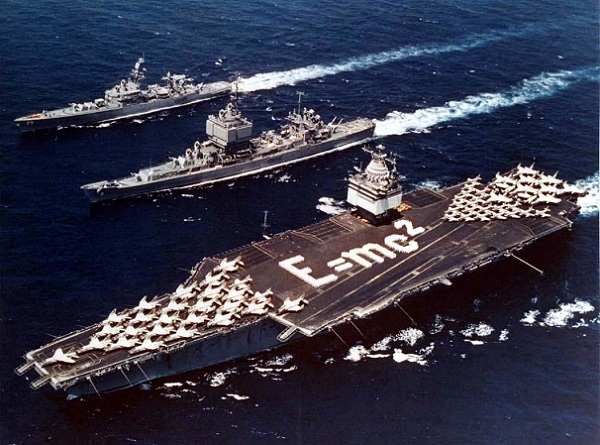 USS Enterprise in 1964, with her crew forming Einstein's formula for mass-energy
equivalence on her flight deck. She is in company with the nuclear-powered cruiser
USS Long Beach and the nuclear-powered destroyer USS Bainbridge.
The three ships circumnavigated the world in 65 days during Operation Sea Orbit
without refueling or requiring resupply, setting a new record. 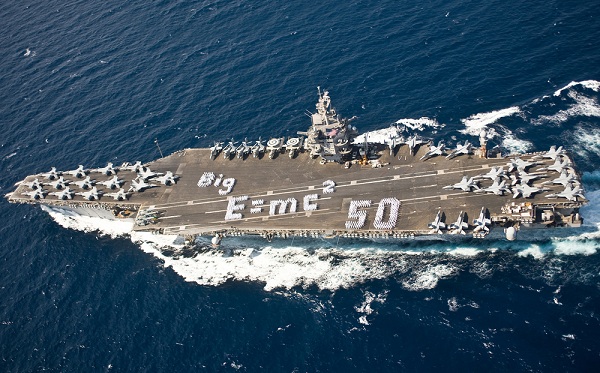 Enterprise is the first and only aircraft carrier to have rendered 50 years of service in any navy. The ship is scheduled to be retired in 2013, when she will be well into her 52nd year of service. 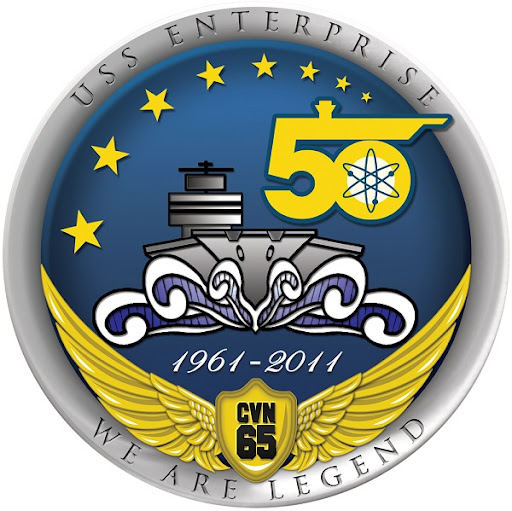 Today and tomorrow will see special commemorative celebrations, to which all who have served aboard Enterprise have been invited. A photo tribute to her 50 years of service may be found here.

Congratulations to the ship, her present crew and air group, and all who have helped to make her the icon of the US Navy that she has become.

Most definitely congratulations. And, thank you. What a great accomplishment, not only for the physical Enterprise herself, but also the many men and women who have served on her, created a tradition by passing that love onto their offspring. A classic, probably not to be seen again in the near future.

Beer, Bicycles and the VRWC said...

Actually, she drops off line next year, with the final decom in 2013. She cannot be extended any further.

Manning the rail in 78 as we returned from a Wespac, the theme to Startrek played over the !mc (intercom)as we passed under the Golden gate bridge.
Gave me goose bumps.
Many good times on that old bird farm!
S-6 Blackshoe.