The USAF gets a new toy

Aerospace giant Boeing Co. has delivered the first batch of 30,000-pound bombs, each nearly five tons heavier than anything else in the military's arsenal, to the U.S. Air Force to pulverize underground enemy hide-outs.

At a total cost of about $314 million, the military has developed and ordered 20 of the GPS-guided bombs, called Massive Ordnance Penetrators. They are designed to be dropped on targets by the Boeing-made B-52 Stratofortress long-range bomber or Northrop Grumman Corp.'s B-2 stealth bomber. 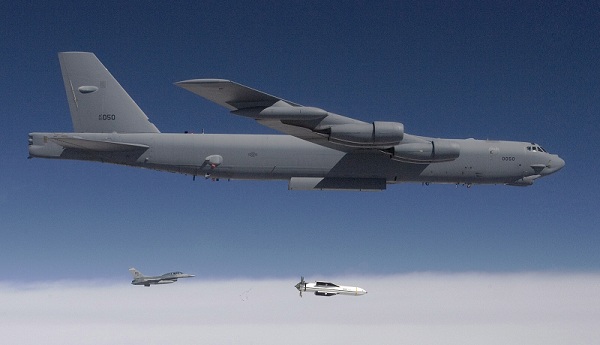 Earlier this month, Brig. Gen. Scott Vander Hamm, who oversees the B-2 fleet at Whiteman Air Force Base in Missouri, told Air Force Magazine that there is "no other weapon that can get after those hard and deeply buried targets" like the Massive Ordnance Penetrator. It "is specifically designed to go after very dense targets … where enemies are putting things that the president of the United States wants to hold at risk."

The weapon's explosive power is 10 times greater than its bunker-buster predecessor, the BLU-109. And it is nearly five tons heavier than the 22,600-pound GBU-43 MOAB surface bomb, sometimes called the "mother of all bombs."

"The Massive Ordnance Penetrator is a weapon system designed to accomplish a difficult, complicated mission of reaching and destroying our adversaries' weapons of mass destruction located in well-protected facilities," Lt. Col. Melinda F. Morgan, a Pentagon spokeswoman, said in a statement. 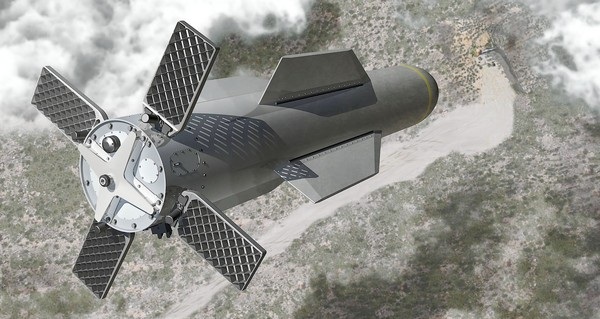 Experts took note of the fact that the military disclosed delivery of the new bunker-busting bomb less than a week after a United Nations agency warned that Iran was secretly working to develop a nuclear weapon. That country is known to have hidden nuclear complexes that are fortified with steel and concrete, and buried under mountains.

"Heck of a coincidence, isn't it?" said John Pike, director of Globalsecurity.org, a website for military policy research. "The military hasn't said what underground facility they need to blow up with this thing. Whether it's in Iran or North Korea or somewhere else, I don't know. But they've been asking for this weapon for years."

The MOP continues in a proud tradition stretching all the way back to World War II and Sir Barnes Wallis, the famous British aeronautical and weapons designer. He invented the 'bouncing bomb' used to destroy German dams in the Ruhr Valley during Operation Chastise in 1943, and followed it up with his 'Tallboy' (12,000 lb) and 'Grand Slam' (22,000 lb) so-called 'earthquake bombs', designed to be dropped next to, rather than directly on, a target, destroying it by the blast and vibration set up by their explosion deep beneath it. The USAF produced its own versions of these bombs, notably the T-10 copy of the 'Tallboy' and the T-14 copy of the 'Grand Slam'. The T-10 was further developed into the ASM-A-1 Tarzon guided bomb (used in combat in the Korean War). The immense (43,600 lb) T-12 Cloudmaker was developed from the two smaller bombs, although it was never dropped in anger.

In more recent times, the USAF deployed the 2,000 lb BLU-109 'bunker buster' bomb in the 1980's, following it shortly after the turn of the century with the more advanced BLU-116 model, which is reported to have twice the penetration capability of its predecessor. During the First Gulf War, a special deep-penetration 5,000 lb bomb was developed, the GBU-28, but I'm not sure whether it's still in service.

I find it intriguing that the MOP, despite weighing about 15 tons, carries an explosive charge of only about 2½ tons. That suggests a very thick, strong casing, designed to penetrate very deep into the ground before exploding. It also suggests that the cavity for the explosive charge will be large enough to accommodate a small nuclear warhead, if necessary. There's never been any official suggestion that the MOP will carry anything other than a conventional explosive warhead: but given the nature of some potential targets (e.g. Iranian nuclear facilities), plus the fact that they may be buried several hundred feet below the surface, makes me wonder whether a nuke might be a more suitable payload to take them out. I doubt whether anything will be said officially about that unless and until it's deployed . . .

"I can neither confirm nor deny the presence of nuclear weapons..." but I sure as heck suspect it!

Hmmm using a nuke to keep someone else from developing and using a nuke. I think there's a word for that kind of thinking...
Oh but being the only country to have used a nuke in anger, most definitely gives us the moral superiority

I'm... completely gobsmacked. That seems excessive. How complicated can it be?

Spud: It's pretty much not logically defensible on any level other than "If they had one, they might use it on us." I actually agree with your statement. We're in a terrible moral authority position to be bitching about anyone else having nukes. And yet, we also still need to protect ourselves from countries which are antithetical to us. I don't really have a good answer.

I think from a realpolitik standpoint the only justification we need is "because we can" On the international stage might makes right.

There is already a nuclear penetrator (B61 Mod 11)and has been for years. While it can't penetrate the ground nearly as far it really doesn't need to. Helped prep the the GAM 113, forerunner to the GBU 28, during Kosovo. I have heard it said that it was very effective taking out deeply buried targets. Most of the first bomb casings were made from naval gun barrels. You could still see the old lathe marks. Gotta love recycling.

If one designs the explosive wave front to leave a 'hole' behind it, and follows the first bomb with a PRECISELY timed and targeted second blast (and so on...) how deep can one penetrate?