I was more than a little amazed to read that smartphones may become vital flight safety instruments, if a current NASA experiment bears fruit. Ares reports:

A lightweight automatic ground collision avoidance system (Auto GCAS) which depends on a terrain database of the entire world housed in a smart phone is being flight tested by NASA.

The flights follow initial development of the Auto GCAS for U.S. Air Force F-16, F-22 and F-35 fighters, and are aimed at extending use of the safety system to a much broader range of applications from unmanned air vehicles to general aviation aircraft. The system uses precise navigation, performance and digital terrain data to constantly monitor the aircraft’s position relative to known obstacles. Auto-GCAS is designed to intervene as a last resort, automatically recovering an aircraft when it senses that a ground collision is imminent and the pilot is not taking action. 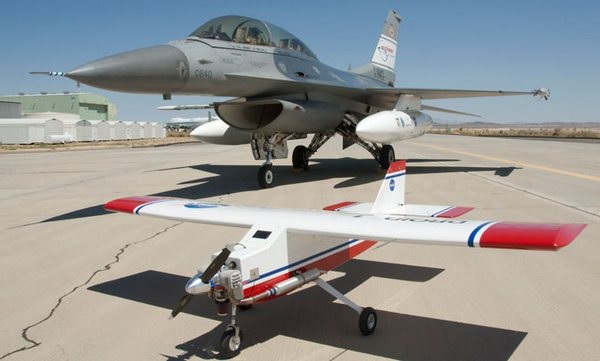 Tests of the Droid (Dryden Remotely Operated Integrated Drone), are being undertaken by NASA Dryden Flight Research Center with support from the Office of the Undersecretary of Defense and the Air Force Flight Test Center.

“We’ve talked about the modular architecture which means you can put it on other aircraft, but we’d only flown it on an F-16. So we asked why not try it out on a very different aircraft,” says Auto-GCAS project manager Mark Skoog. Aside from demonstrating the transition and portability of Auto-GCAS to another platform, the project is also designed to develop and explore performance enhancements such as new escape maneuvers beyond the vertical fly-up used by the F-16 system. 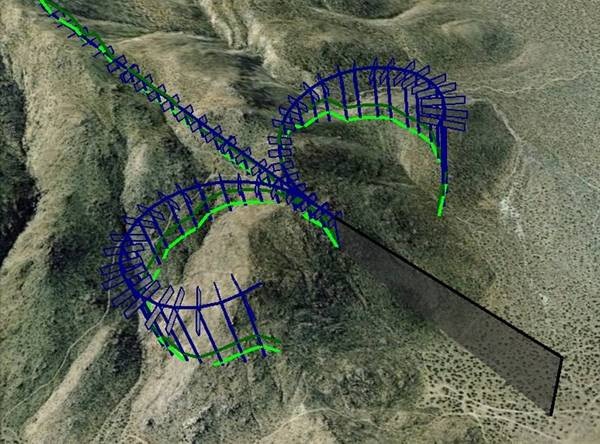 Primary objectives include integrating the safety device without increasing the weight of the UAV, demonstrating a system that functions autonomously during a lost link with a ground station and showing the GCAS algorithm can be run using a smart phone – in this case a Motorola Droid X. The phone uses the open Android operating system architecture which can be modified to run the Dryden-developed Auto-GCAS software.

“We’re flying with the entire globe modeled on the phone. We can take it anywhere on the planet and it will have collision avoidance capability,” says Skoog. “This shows you can break the paradigm on accessibility to other platforms. You don’t have to go through a full-scale Defense Department development cycle, and it opens up many opportunities in the future,” he adds.

There's more at the link. You can read more about the original ACAT program here (link is to an Adobe Acrobat document in .PDF format).

The 'terrain database of the entire world' referred to in the article is that provided by the Space Shuttle, first using the Spaceborne Imaging Radar-C/X-band Synthetic Aperture Radar (SIR-C/X-SAR) during 1994, then in 2009 during mission STS-99, the Shuttle Radar Topography Mission. It's been enhanced by data from ASTER (Advanced Spaceborne Thermal Emission and Reflection Radiometer), a Japanese instrument. Here are four examples of the depth of data obtained so far, visible in particular in the last two images, which combine photography and radar data on surface topography. Click on the link beneath each of the last three images to be taken to its NASA catalog page, from where you may view and/or download a much larger version if you wish. (Be warned - the image of North America is a VERY big file! Downloading it is very slow, even on a high-speed connection.)

First, here's an image from the 1994 SIR-C/X-SAR mission, showing Mount Pinatubo in the Philippines. 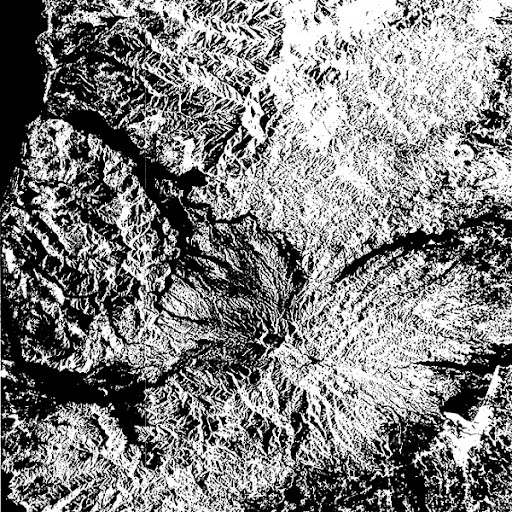 Over the next fifteen years, orbital radar and computer technology advanced dramatically, as can be seen in the following three images using data from the STS-99 mission of 2009. 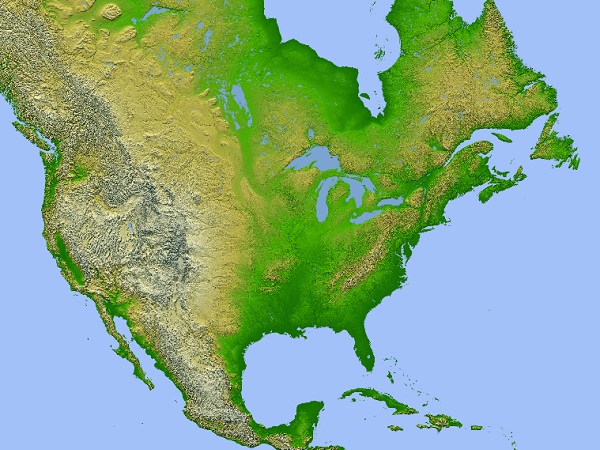 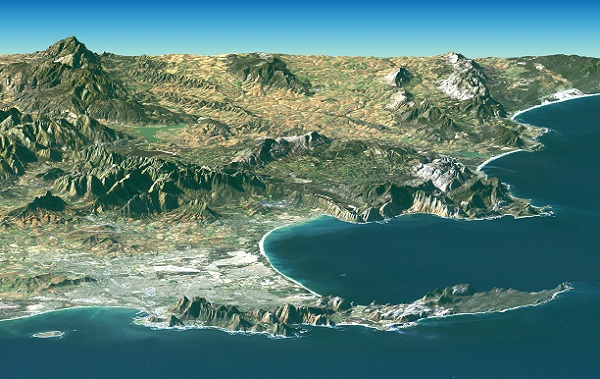 As you can see, armed with elevation data so precise, plus navigation systems (inertial, GPS, or other) that can plot an aircraft's position in real time to within a few tens of yards, it becomes entirely feasible to build a terrain avoidance system that can direct the pilot (or take control of the aircraft itself) to avoid terrain obstacles ahead. I hadn't thought of loading it into a smartphone as an 'app', but of course, there's no reason why that can't work. A modern smartphone has more computing power than most desktop computers of five to ten years ago!

Here's a NASA video clip showing the ACAT system in operation on the test F-16D aircraft.

If the smartphone system can incorporate that sort of terrain avoidance information (albeit in a less automated form), it'll be a blessing to general aviation. Miss D. would have found it very useful during her epic journey from Alaska to Tennessee in a pre-World-War-II light aircraft earlier this year.

Wish we'd had that 15 years ago. We tried to do the same thing using digitized topo maps and elevation data from USGS. Didn't work so well, and none of the computers available could render it properly.

It looks very impressive. However, is it just another step to pilots being flight data managers? That seems to be the cause of Air France flight 447. "Pilot's not trained on manual control, or how recognize and respond to flight sensor failure at high altitude." I guess soon we won't have to worry because, "there's an app for that!" There is a delicate balance between safety and responsibility.

TA in high speed low flight is all about reaction time and I'm surprised an Android platform is able to keep up, though I love my Android phone. The data storage is impressive, but that response time is something else!

From a military application standpoint, between radar stealth and even faster and lower TA, the use of standoff weapons may become even less a necessity and more "just another option."