The EPA proves itself untrustworthy - again!


I've written before about some of the Environmental Protection Agency (EPA)'s shenanigans. Now, courtesy of a link at Warren Meyer's Coyote Blog, we find it's being dishonest - or, at best, disingenuous - yet again. The Real Science blog has unmasked its latest propaganda.

In a slideshow titled 'Climate Change Indicators in the United States' (link is to an Adobe Acrobat document in .PDF format), the EPA states specifically (on page 2) that:

Environmental indicators are a key tool for evaluating existing and future programs and providing sound science for decision-making.

It then proceeds to include this 'environmental indicator' on page 19: 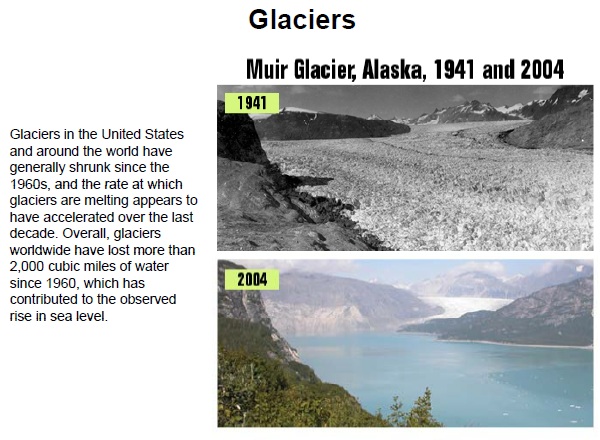 Unfortunately for the climate change propagandists in the EPA, the United States Geological Survey (USGS) provides this map on its Web site, showing the retreat of the ice in Glacier Bay (including from the Muir Glacier) over the years. 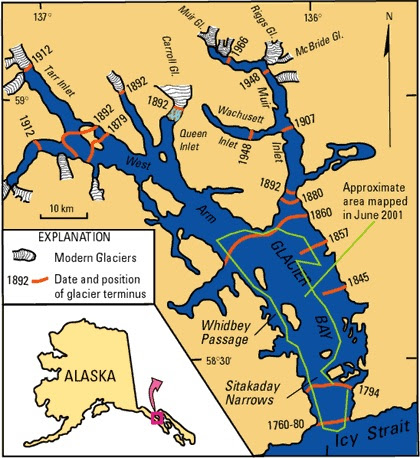 So, it's clear that the diminishing ice in Glacier Bay from 1941 to 2004, as shown by the EPA in its graphic, is in fact nothing more than a continuation of what's been happening since 1760! That's long before any human-produced 'greenhouse gases' pumped out by (and since) the Industrial Revolution could affect the Earth's climate. However, the EPA, by covering only the period from 1941 to 2004, conveniently excludes 75% of the period during which we know that the ice has been melting. So much for 'providing sound science for decision-making'! (On the other hand, kudos to the USGS for providing some very 'sound science' indeed - sound enough to trump the hand of the deceivers in a less professional agency!)

It's a sad commentary on the state of the EPA when one's instinctive, automatic reaction to any of its news releases or information bulletins is to wonder what it's lying about this time . . . and it's infuriating that much of the time, one's suspicions are all too easily justified! For example, they appear to be up to more of their shenanigans in Texas right now.

You said,
It's a sad commentary on the state of the EPA when one's instinctive, automatic reaction to any of its news releases or information bulletins is to wonder what it's lying about this time . . . and it's infuriating that much of the time, one's suspicions are all too easily justified! Just the EPA?? I get this reaction to everything I see from this government, from the EPA to the food pyramid, um, food plate, to the NWA hurricane forecasts... Certainly everything an elected official says appears to be suspect.

A glacier retreats and we have grass, flowers, even trees. I never understood the terror of melting ice.