New York in a bygone era


An article in the Daily Mail led me to the Web site of the Jewish Museum in New York, which is hosting an exhibition titled 'The Radical Camera: New York's Photo League, 1936-1951'. Here's how the museum describes it.

In 1936 a group of young, idealistic photographers, most of them Jewish, first-generation Americans, formed an organization in Manhattan called the Photo League. Their solidarity centered on a belief in the expressive power of the documentary photograph and on a progressive alliance in the 1930s of socialist ideas and art. The Radical Camera presents the contested path of the documentary photograph during a tumultuous period that spanned the New Deal reforms of the Depression, World War II, and the Cold War.

Members rejected the prevailing style of modernism in order to engage the gritty realities of urban life. Leaguers focused on New York, and this meant looking closely at ordinary people. That impulse spurred the group to explore neighborhoods, street by street, camera at the ready.

A unique complex of school, darkroom, gallery, and salon, the League was also a place where you learned about yourself. One of its leading members was Sid Grossman who pushed students to discover not only the meaning of their work but also their relationship to it. This transformative approach was one of the League’s most innovative and influential contributions to the medium. By its demise in 1951, the League had propelled documentary photography from factual images to more challenging ones--from bearing witness to questioning one’s own bearings in the world.

There's more at the link. The exhibition notes that the League was caught up in the post-World War II 'Red Scare':

On December 5, 1947, the U.S. Attorney General publicly blacklisted the Photo League as an organization considered “totalitarian, fascist, communist, or subversive.” Being blacklisted meant more than a damaged reputation: members faced loss of work, criminal investigation, and even imprisonment.

This would ultimately lead to the League's demise, but it nevertheless left a rich legacy of irreplaceable images of a lost age in New York City. Here are a few from the Daily Mail article, reduced in size to fit this blog. They and others may be viewed in much larger sizes at the source. 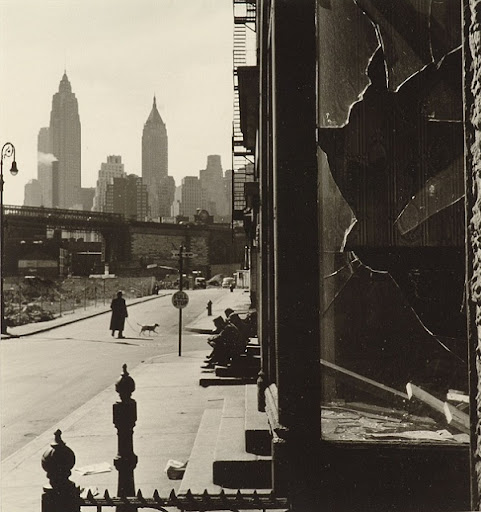 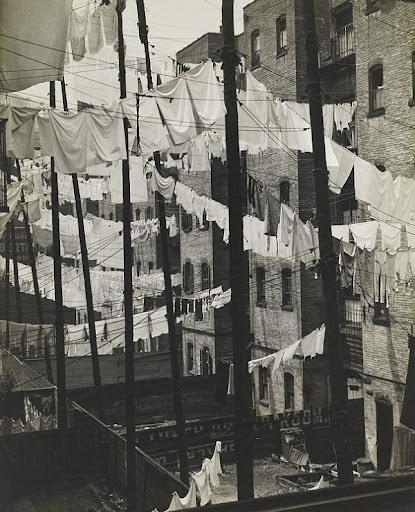 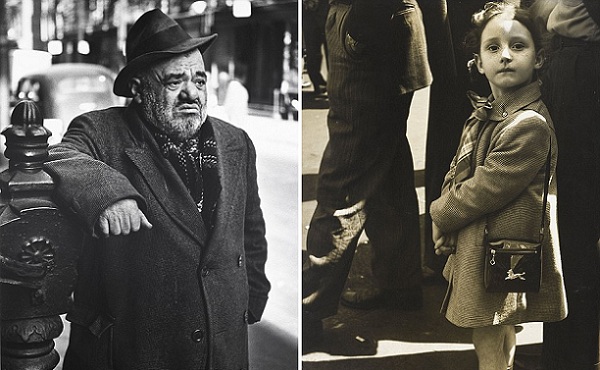 There are many more images at the link. Both the article and the exhibition are highly recommended viewing for photography enthusiasts and urban history buffs. If any readers live in or near New York City and view this exhibition, please tell us your impressions in Comments.