This gives me warm fuzzies!


I'm awestruck by the craftsmanship and sense of adventure displayed by Petersen Engineering of England. They've come up with a modern variation on the famous Bentley Speed Six. 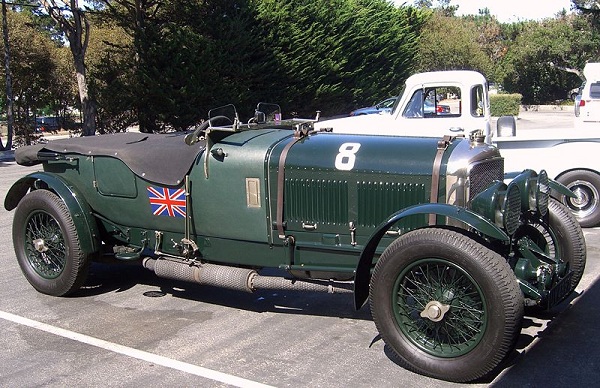 However, this one's much larger than the Bentleys that inspired it - more than 50% longer, for a start! It's powered by a twelve-cylinder Rolls-Royce Meteor engine, with twice as many cylinders, more than four times the capacity and almost four times the power of the Bentley Speed Six's engine. The Meteor is a derivative of the Rolls-Royce Merlin aircraft engine, which was immortalized as the powerplant of the Spitfire and Hurricane fighters of World War II, as well as the Mustang Mk. X conversion that inspired what would become the world-famous P-51 Mustang escort fighter of 1943-45. 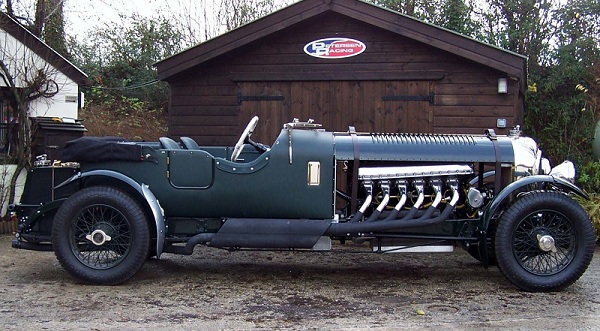 Constructed on original chassis – in this case a Phantom II – and endowed with bespoke coachwork over a traditional ash frame, Petersen cars are made to measure, exactly like their Thirties predecessors. As such, they pick up where Walter Owen Bentley left off. 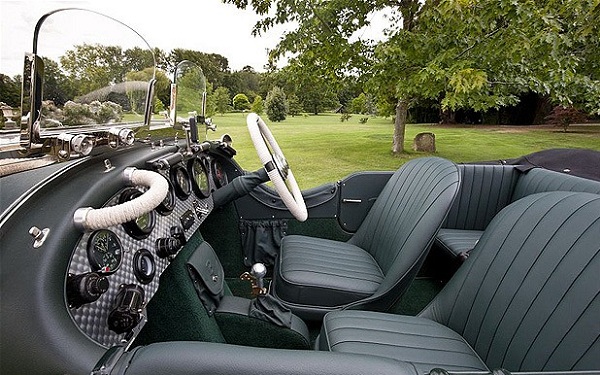 And this one looks every bit a W O design. Unlike many of the ungainly monster-engined specials cobbled together in the interwar years, this latest masterpiece – despite a length of almost 19 feet – possesses a rare synergy of line and proportion. It strikes precisely the right note.

You’d have to have your aesthetic sense surgically removed not to find the Meteor Bentley impressive. There’s that pristine, polished engine for a start, a 27-litre derivation of the legendary Merlin unit that once propelled Lancaster bombers and Spitfires. With 12 exhausts and 24 spark plugs, and turning out a leisurely 660bhp, the Meteor – in essence a Merlin without a supercharger – provided many British tanks with ample, dependable power. It’s equally unstressed here. 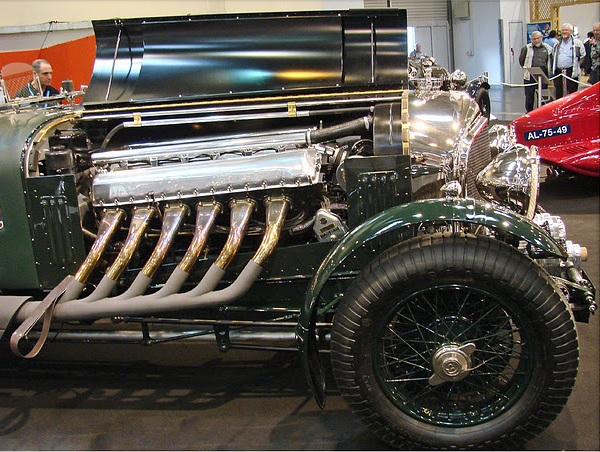 But, the eagle-eyed will ask, isn’t that a blower housing at the front? Well, yes – but in this case it’s an extra oil reservoir/cooler. Given the engine’s calorific output, it’s no surprise to find yards of heat exchanger tubes running full length underneath, and a discreet air intake below the number plate to tame transmission temperatures.

The very word “transmission” does scant justice to a system combining a four-speed Allison automatic with a Petersen-built, 3:1 step-up box designed to speed up the lazy power delivery to the Phantom II rear axle. Lazy, incidentally, means about 80mph per 1,000rpm. 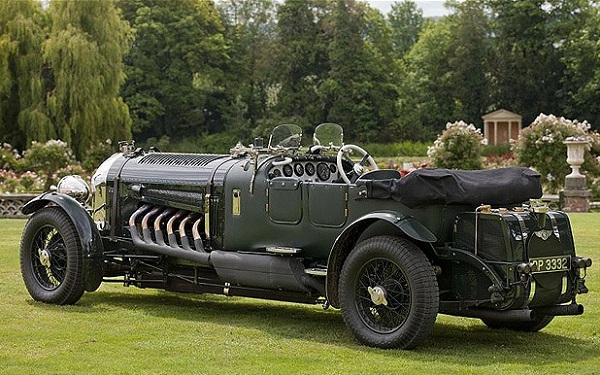 Starting from cold entails letting the engine spin with the ignition off to get the vital fluids circulating (64 litres of coolant, 57 of lubricant for the engine, 16 for the gearbox). Then flick the twin magneto switches (ex-Lancaster) and push the starter button (ex-Spitfire).

A few distant whirrs as the transmission oil pumps respond, and the leviathan stirs a dozen pistons into life. The twin Brunellian tailpipes speak anything but softly, sounding like the Book of Revelations.

Even with an engine needing more miles to loosen up, the car steps off the line with unlikely vigour. It would be very easy to pursue eye-watering 0-60mph times which do little except ignite the 7.00x21 Blockley tyres – and singularly pointless. You’re better off developing the levels of commitment the car requires to get the best out of it. As its creator demonstrates, the Meteor Bentley demands to be driven through bends, not just aimed at them, and steered on the throttle to get the rear end moving about. If you’re after authentic vintage-era exhilaration, look no further. 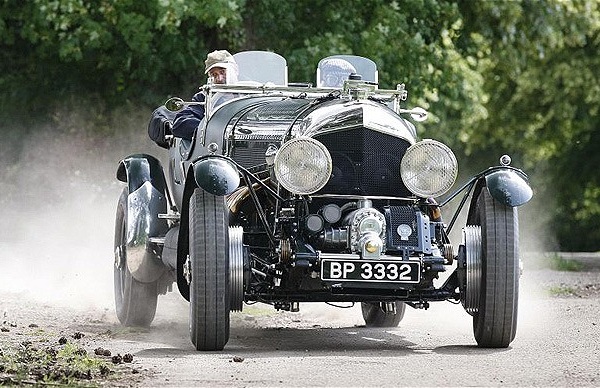 Step on the loud pedal in earnest and a giant ironclad fist launches you at the horizon with take-no-prisoners urgency. Keep that right foot planted into the green Wilton carpet and you enter a new big-stick dimension, a realm of towering performance and limitless adrenalin.

There's more at the link. An accompanying photo essay may be found here.

For those who'd like to know more about the Rolls-Royce Meteor engine, a detailed history may be found here. It's very interesting reading. As for what it sounds like, how can I resist including that wonderful sound for the ears of aircraft and car enthusiasts alike? This is what a Rolls-Royce Merlin sounds like without the supercharger and other gizmos fitted to the aircraft version. Turn up the volume, if you're somewhere you can listen without disturbing others!

What a wonderful rumble! I know Meteor engines, having heard and seen them in operation in some old Comet and Centurion tanks of the South African Defence Force. It brings back many memories to hear that sound again!

Congratulations to Petersen Engineering on a magnificently completed three-year project, one that does them great credit. I wish I had enough money to buy it, or one like it. However, at a claimed fuel 'economy' figure of only 2-3 miles per gallon, I might have a problem keeping its 82 US gallon tank topped up!

On a similar line, you may like the Warman a re-imagining of the pre-war race cars built fron scratch around a centurion tank engine.
http://www.youtube.com/watch?v=1RSwqW96dQc&feature=related

The reference to Summernats is for the Australian Street Machine Summer Nationals.

They need to set up a racing league for these kinds of things...

That Merlin has to be the most sublime engine roar ever! I never tire of hearing it. And it brings back so many memories...