The Daily Mail offers some suggestions as to the foods you might like to try if you're visiting China for the Olympics. To whit: 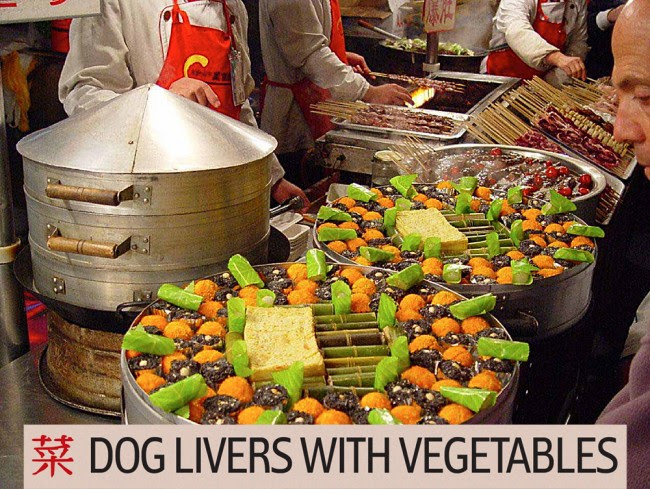 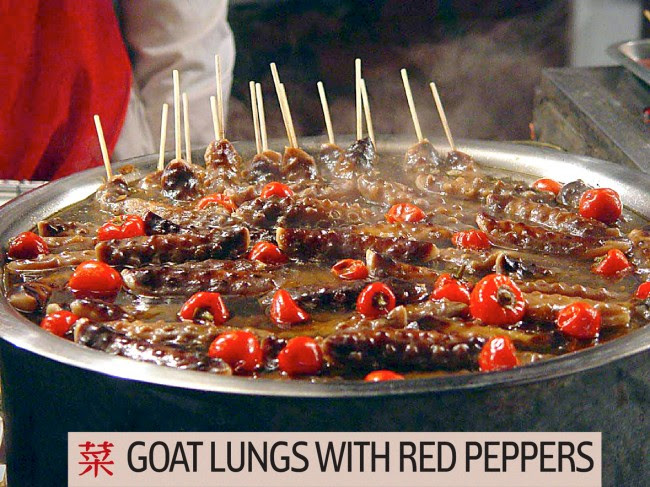 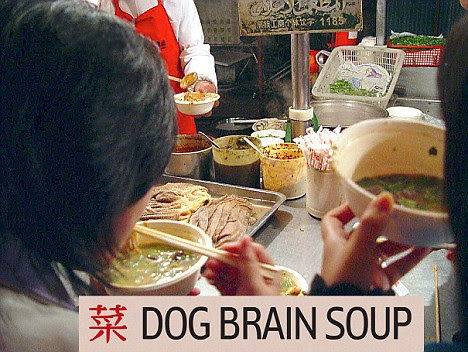 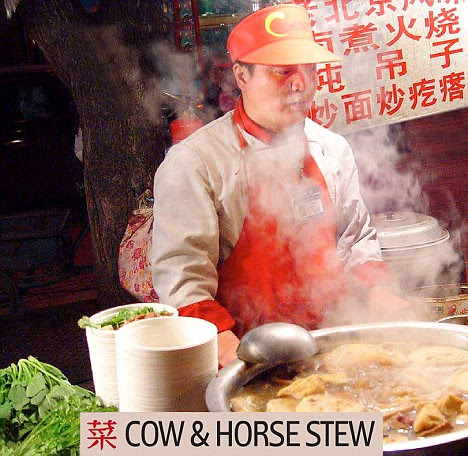 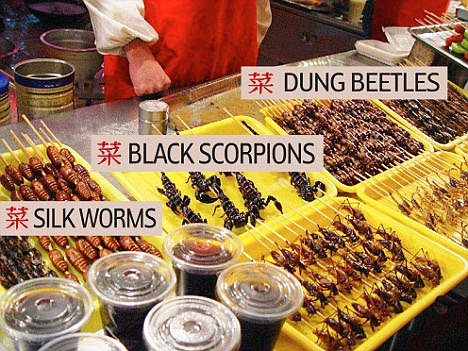 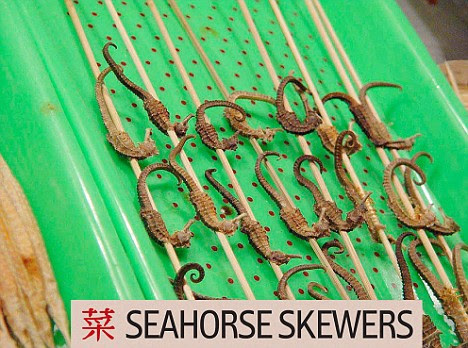 Ever since the first European merchants and missionaries visited China, Westerners have been appalled by what the Chinese eat.

In the late 13th century, Marco Polo noted with distaste that the Chinese liked eating snakes, dogs and, in some places, even human flesh.

French Jesuit historian Jean-Baptiste du Halde recorded a Chinese banquet in 1736 in which guests ate: 'Stag pizzles [penises] . . . bears' paws . . . nay, they do not scruple eating cats, rats and such like animals.'

As Chinese food expert Fuchsia Dunlop writes in her fascinating book Shark's Fin & Sichuan Pepper, the 19th-century British surgeon C. Toogood Downing described British sailors in the port of Guangzhou picking carefully at their food 'lest they should detect themselves in the act of devouring an earthworm, or picking the delicate bones of a cat'.

Dunlop describes a Chinese cookbook she came across with full colour photographs in which the heads and feet of various fowl loll over the rims of serving dishes.

On one page, 11 lizards have been partially skinned and deep-fried, 'so their bodies, golden and crisp like chicken nuggets, are sandwiched between scaly tails and heads in which the ruined eyeballs have been replaced by fresh green peas'.

There is a whippy egg-white pudding decorated with cherries and what look like chocolate sprinkles, but on closer inspection turn out to be dried ants (good for dispelling rheumatism).

And then there is the piece de resistance - a whole puppy, roasted crisp, with a garnish of coriander and flowers made from pink radishes.

While living in China, Dunlop ate rabbit heads, pig brains, scorpion and preserved duck eggs - known as 1,000-year- old eggs - whose oozy black yolks and 'noxious aroma' caused her flesh to crawl, made her feel sick and left a toxic black slime on her chopsticks.

She visited a restaurant in Sichuan that specialised in insect dishes, where she had the expensive delicacies bee pupae, timber grubs and sand-crawling caterpillars, which she pronounced to be delicious. She ate sheep's lungs and even the ovarian fat of a snow frog.

'Although a typical Chinese meal consists of grain, pork and vegetables with a bit of fish or seafood thrown in, there is little that can't be considered a potential ingredient,' she says.

'Most people eat dog meat and donkey penis rarely, if at all, but there is no taboo in China about the idea of eating them.'

One take that I'm frustrated to see this kind of article almost never addresses is that here we're looking at the history of a people long accustomed to being robbed blind by their ruling classes, laid out on the dinner table.

China is agriculturally fertile and has never lacked for domesticated animals. Normally, when you see a culture that spends energy on eating such nutritionally piffling items as insects and lizards, and is willing to eat animals that are reserved for other useful purposes in other cultures- like dogs, cats, horses, and donkeys- it's because that culture is protein-starved, like the Aztecs (no domesticated animals bigger than a turkey or dog), or small island cultures.

In China, the problem wasn't geography, it was the people taking the food in tribute or as their due as a class. As with favorite dishes from other poor cuisines in other cultures, like pots of beans flavored with scrap pork or meat and bone slowly braised to make nutritious stew (versions of which now sell for HIGH DOLLARS in upscale restaurants), the creativity of the desperate eventually became the favorite dishes of a culture.

This post could be a useful tool for dieters! Yeuch!