Sometimes you get lucky, I guess!

As an artist, inventor, anatomist, engineer, mathematician and even a botanist, Leonardo Da Vinci was the ultimate Renaissance man.

However, it seems he may have had one more string to his bow - as a matchmaker.

Art historians now believe he is responsible for this 500-year-old pen and ink drawing, which was commissioned by a female Italian aristocrat to show to potential suitors. 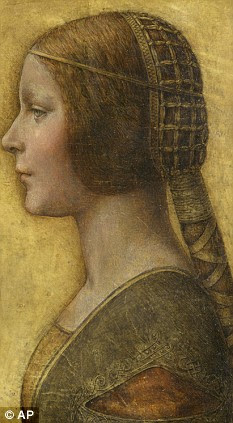 However, experts say it is looking 'more and more like a Leonardo work'.

I wonder who's the present owner? If it's a private citizen, I bet he or she is laughing all the way to the bank!

The art world is insane. Lenny would be the first to say so. Besides, the "values" of art works have nothing to do with the art. It's a game played between dealers and their wealthy clients.

In some countries the confiscatory taxes would take most of that profit.