I enjoyed a story in the Daily Mail about a baby deer that 's been adopted by a pack of foxhounds.

The pack immediately accepted the lost fallow deer when they found him shivering by the Thompsons' front gate just an hour after he had been born.

Rather than being overwhelmed by the attention of such a large pack of dogs, from the Chiddingfold, Leconfield and Cowdray hunt, the confused little fawn thought he'd found his family.

A surprised Mr Thompson said: 'Now Bam Bam thinks he's a Fox Hound because they all treat him like one of their own. 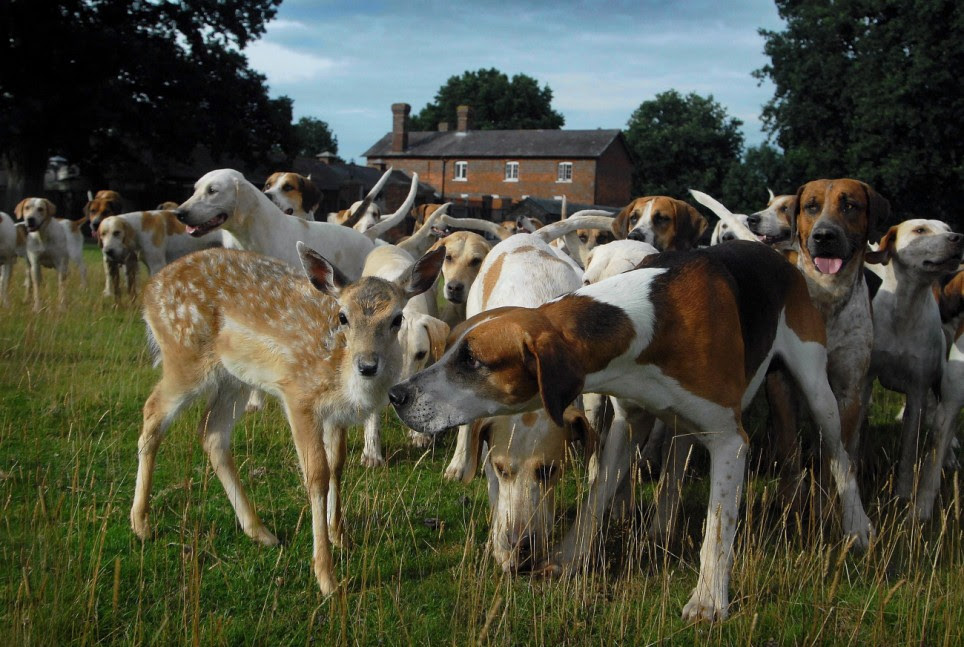 'He won't be going on any hunts though - he doesn't have the stamina for it. It's a fantastic sight to see although we know it's a strange one and Bam Bam certainly gets a lot of funny looks from passers-by.

'People shake their heads in astonishment when they spot Bam Bam in among all the hounds as if they can't believe what they're seeing.'

The friendly fawn is happiest among his fellow hounds on their daily walk.

Mr Thompson's wife, Karen, 41, said: 'Bam Bam seems most content when he's ambling along with the hounds. He's about the same size as them now so he fits in perfectly and walks along with the pack like they're his brothers and sisters.' 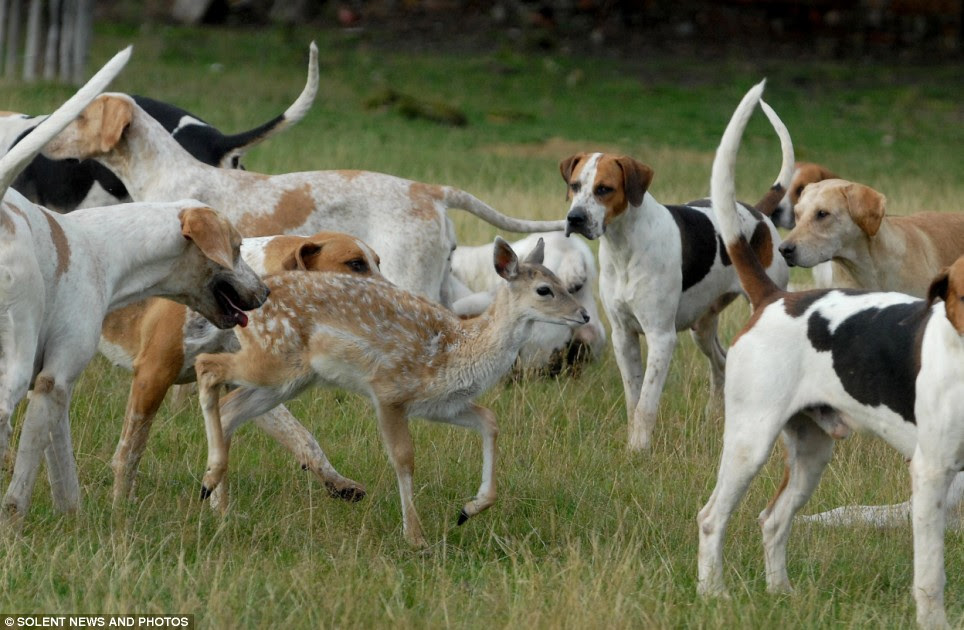 After Bam Bam was discovered by the dogs earlier this summer he was brought into the family home in Petworth Park, West Sussex by Mr Thompson's 12-year-old son, Tommy.

When Karen came down for breakfast that morning she was stunned to see the pair sitting happily on the living room floor.

She said: 'It was such a surprise, the deer wasn't afraid at all. He seemed to think that Tommy was his mum because he followed him around the room, and would hide behind the furniture if Tommy ever left.'

It was uncertain whether Bam Bam would survive without the care and attention of his mother who had deserted him just yards from the Thompsons' home, possibly scared off by the dogs.

Karen said: 'It was touch and go for the first few days. We had to feed him half an ounce of lamb's milk every hour - this had to be done 24 hours a day and was quite draining.'

Bam Bam is now regarded by the Thompsons as a member of the family.

Karen said: 'He wanders around the garden and comes to play with us. We've had a few garden parties and he is such a favourite with the guests - he's so friendly and is adored by everyone who meets him.' 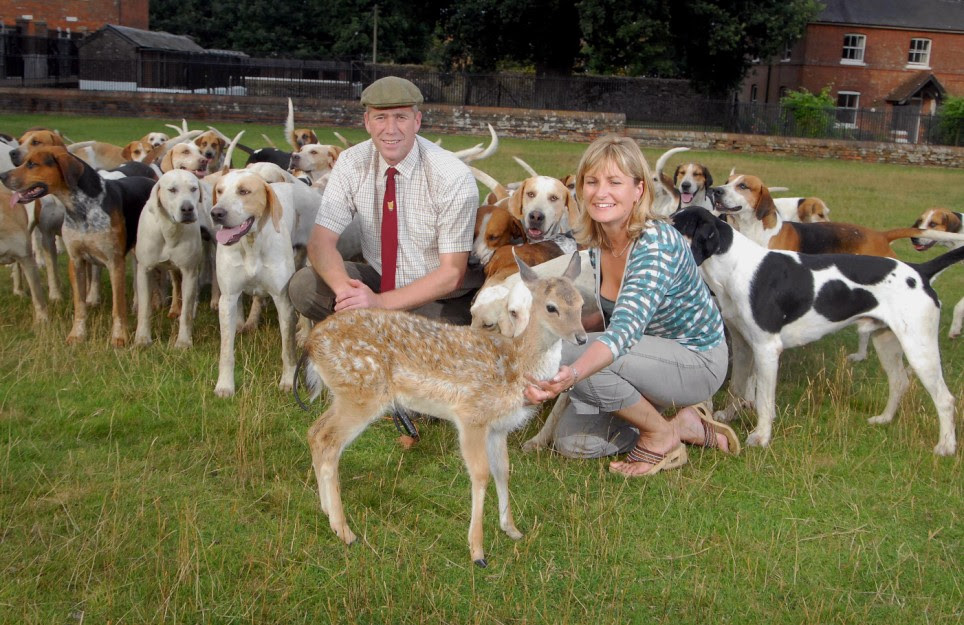 Bam Bam, who will grow into a 177 pound adult, will stay with the family until they feel he can be safely released into the wild.

Karen said: 'We can't release him into the park here because there are too many people about. Bam Bam is not afraid of humans and we're worried that this may make him dangerous.

'He already gives us a nudge when he wants to eat and it's not so bad because he's only little but imagine what a nudge could do when he's got a fine pair of antlers.'

The Thompsons will be sad to lose such a treasured member of the family but they know they can't keep him forever and plan to set him free once he's fully grown.

Next year they intend to rehome Bam Bam in a private park where he will be able to join a herd and finally learn how to be a deer.

It's amazing how young animals can sometimes improvise, adapt and overcome. I knew a farm family in South Africa who raised a duiker from a fawn. It became a member of their family. Its favorite meal was fruit salad! It would become quite giddy with excitement when it saw the fruit salad being made, and would sometimes try to dive head-first into the bowl to get at it!

There are more details and pictures at the link.

Thank you for a wonderful story. I needed that today!