To the hotel manager who paid so much for these grapes, we unhesitatingly award this Doofus Of The Day entry.

A hotel manager paid that amount for a 1.5lb of Ruby Roman grapes to serve guests.

"They're delicious - sweet but fresh at the same time, very well balanced." 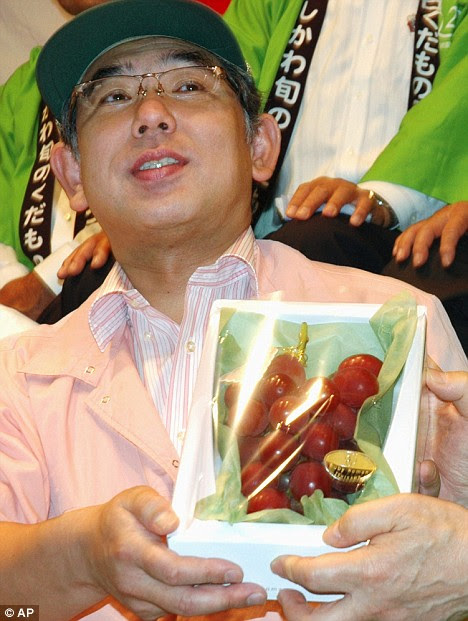 The tomato-colored grapes made their debut at an auction in Japan's northwestern Ishikawa prefecture, where they have been under development since 1994 in a state-led project.

The bunch that fetched the top price had about 35 grapes, each slightly smaller than a pingpong ball, Isu said.

The average price for the Ruby Roman grapes at Monday's auction was about £120 [US $240] a bunch.

Isu said local farmers hope to sell 1,500 bunches, or 1 ton, of the grapes by mid-September.

What's that old saying about 'a fool and his money being soon parted'?