They don't do things by halves - no, wait, they do!


It seems that the Royal Caribbean cruise line found one of their ships, the Enchantment Of The Seas, was a bit small. A replacement vessel would have cost a billion dollars and taken several years to build: so they decided to expand the old one.

By sawing it in half. 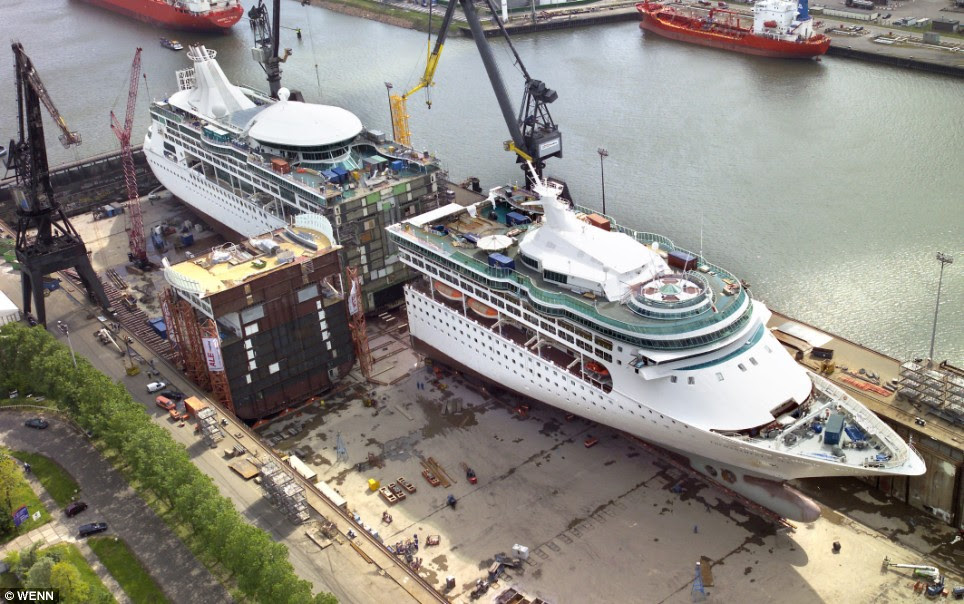 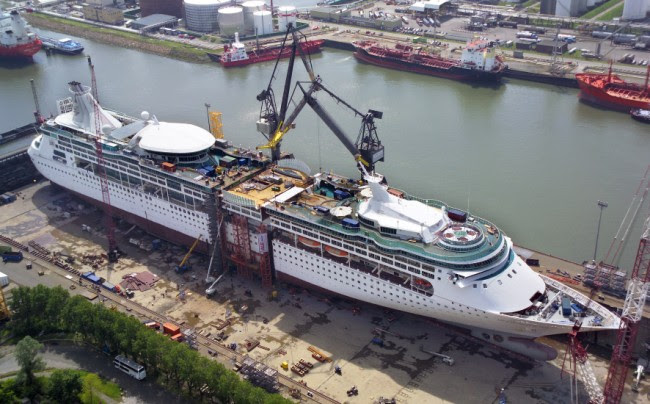 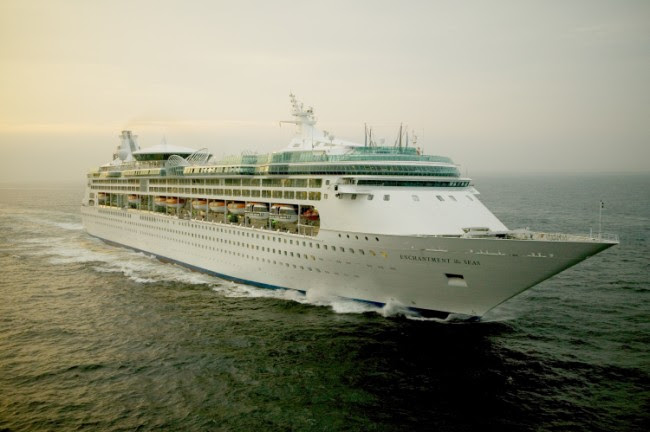 One instinctively does a double-take at the thought of cutting an ocean-going liner in half, but I guess it's a lot easier to do it that way. Still, if I ever sail aboard Enchantment Of The Seas, I'll be watching the midships welding seams carefully. If they look wet . . .

This is actually not an unusual method for making a vessel bigger, though maybe not quite on this scale. It generally also involves repowering (bigger power plant). The company I used to work for a number of years ago did this to a half dozen or so workboats. Keep in mind that the rest of the hull was also welded together.

I agree with Joe, it's reall not unusual.... although, if done wrong, it can be a problem. One of the THEORIES about the demise of Andrea Gail (perfect storm) has to do with the ship being lengthed, perheps improperly.... Most likely though, it wasn't a factor....