A 114-year-old record falls at last


Back in 1896, two Americans of Norwegian origin, Frank Samuelson and George Harbo, set a record for rowing across the Atlantic Ocean. 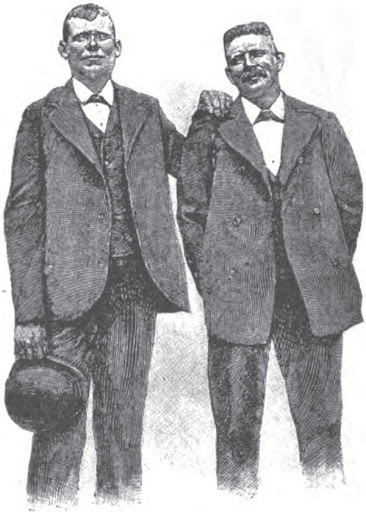 They embarked in an 18-foot clinker-built dinghy that they named Fox, after the publisher of the Police Gazette, a tabloid newspaper of the period. 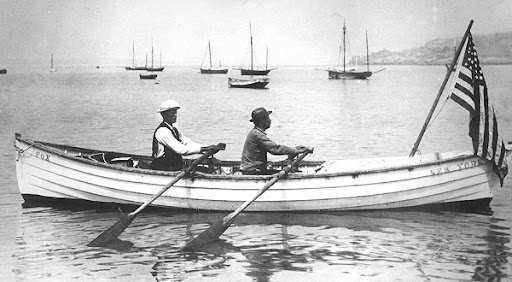 They sailed from New York city on June 6th, 1896. Their journey was extremely hazardous, devoid as it was of any modern accouterments like radio transmitters or receivers, life-saving apparatus and the like. Their boat was capsized during a storm, and almost all their supplies and equipment lost. Fortunately, they were in a busy shipping lane, and were able to receive supplies from no less than four passing ships, which helped them to complete their journey. They arrived in the Scilly Isles 55 days after setting out.

The BBC reports that this long-standing record has at last been broken.

Four rowers have smashed a 114-year-old record by crossing the Atlantic in 43 days, 21 hours and 26 minutes. 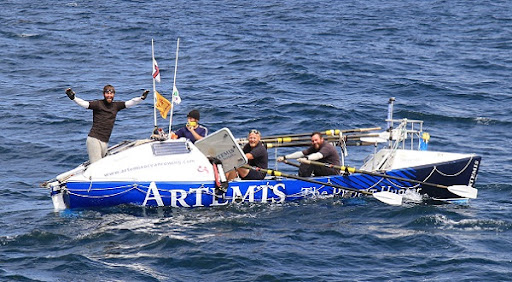 The Artemis North Atlantic Rowing Challenge crew left New York on 17 June and touched the quayside at St Mary's, in the Isles of Scilly, just before 1500 BST on Saturday.

Skipper Leven Brown said it had been a "pell-mell, helter-skelter" trip.

"It's been absolutely amazing and what a reception [we have had] here in the Scillies," 37-year-old Mr Brown, from Edinburgh, said. 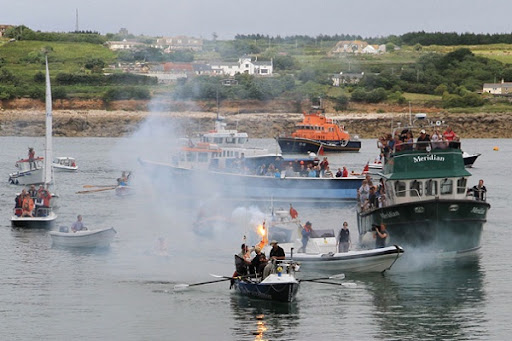 "The funniest thing for me was walking up the quayside - after more than six weeks of not walking, my legs felt more than a bit unsteady."

There's more at the link. (Photographs courtesy of The Ocean Rowing Society, where more pictures may be found.)

Congratulations to all concerned on a magnificent achievement!

I don't think they should be credited with breaking the old record. Four guys ought to be able to work more than two.

It's not a straight comparison.

Since George Harbo is by great grandfather I agree with Graybeard... not even close to the same thing.