Aircraft of the 'Tiger Meet'


The 2011 Tiger Meet is under way at the Cambrai air base in northern France. 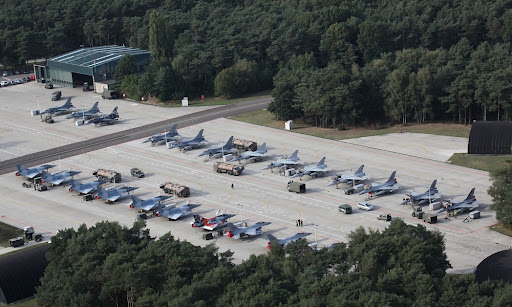 One of the unique features of this inter-Air Force competition is that participating squadrons usually paint at least one aircraft (partially or fully) in tiger colors and designs, competing with one another for the best artwork. 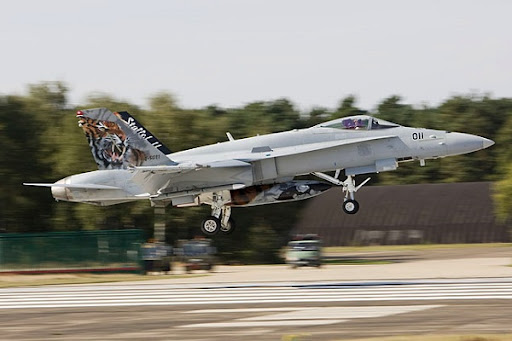 For those who don't know it, the event's Web site explains:

Following the wishes of M. Pierre Messner, the then French defense minister. The USAFE (United States Air Force Europe) 79th TFS (Tactical Fighter Squadron) took the initiative and on 19 July 1961 they invited No.74 Squadron Royal Air Force and EC 1/12 Squadron of the French Armée de l`air to Woodbridge in England. And so the Association of Tiger Squadrons was established to improve relationships between individual squadrons within NATO. 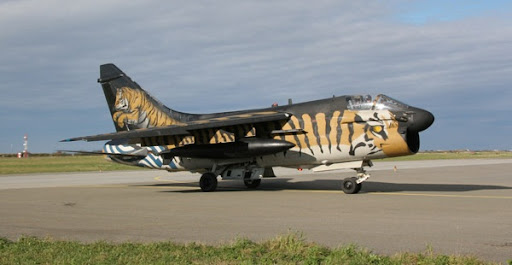 Each of these squadrons had a Tiger's head in their squadron crest. The tiger stands as a symbol of strength, speed and hunting prowess. Due to the succes of the first 'meet' it was decided that future 'meets' would be held annually. 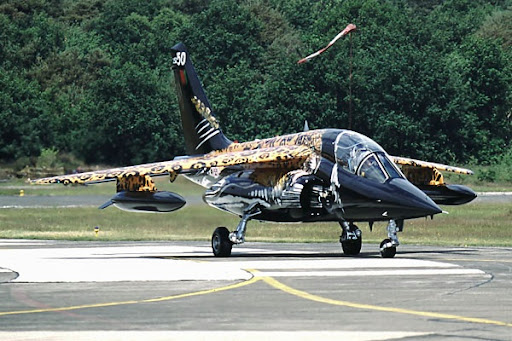 At the second Tiger Meet at Woodbridge the following aims were formulated. These aims remain valid to this day:

Since 1962 Tiger Meets evolved into a first class military exercise where the participants fly combined missions encompassing the entire spectrum of military operations. Alongside low flying emphasis is placed on air to air refueling, air combat, the use of weapon ranges, etc. The exchange of experiences between aircrews is not to be underestimated. For countries that can not afford to participate in large 'flag exercises' in North America, 'Tiger Meet' is one of the few multinational exercises available. In view of the changing world security situation, participation is becoming ever more important. 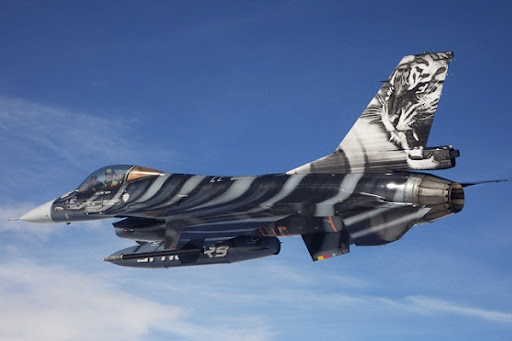 You will not find the NATO Tiger Meet on any NATO exercise schedule. Nor will you find an office at any NATO HQ with responsibility for the NTA. So, the natural questions are: "How do I find out about the tigers and the next tiger meet?" "How can I contact the NTA president?" "Where do you get your guidance and authority?" "Who plans and coordinates your operational missions?" These questions have been asked countless times throughout our history. The answers often surprise the guy asking the question. The answer provides a glimpse at our most cherished tradition: The NTA is not dependent on any NATO HQ. The Tiger Council and the advisors provide guidance, but it is the host squadron that plans the NTM and coordinates the ops side of things.

There's more at the link. Of course, that's the official version. There's also a less 'official' legend of how things began:

"Although the origin of Tiger Meet is a bit fuzzy, it appears to have started with the 79th and No 74 squadron RAF getting together for some whiskey and cheer in 1960. In 1961 the meeting was continued, with the addition of the French EC 1/12, and so the NATO Tiger Association was born. In 1962 then Lt Mike Dugan volunteered as project officer. Lt Dugan, never one to let authority corrupt fighter pilot activities, decided it should be a true "NATO Tiger Day". He therefore sent letters directly to all the tigers for which he found an address. A number of units immediately accepted but returned their reply "through channels". This of course resulted in all the HQs (USAFE, 3rd AF, and the 20th Wing) descending on the 79th with "requests" as to what the hell we thought we were doing. Mike’s program won the WingCo’s support and they, in turn convinced Hqs that NATO Tigers was possible. 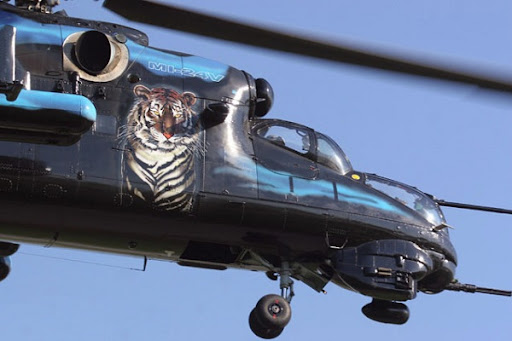 About this same time a London paper headlined an article, "IRON CROSSES OVER SUFFOLK" or something close. I then got a call from an RAF friend at Fighter Command. It was a "friendly consultation" about "Yank" ignorance. It seems that at that time no German military aircraft were allowed near the UK. He had just spent the day unruffling the feathers of the Prime Minister’s press office. He’d indicated to the PR boys that both the RAF and other NATO forces were involved and a refusal of the German forces would be difficult. The result was a limited and somewhat miffed consent. 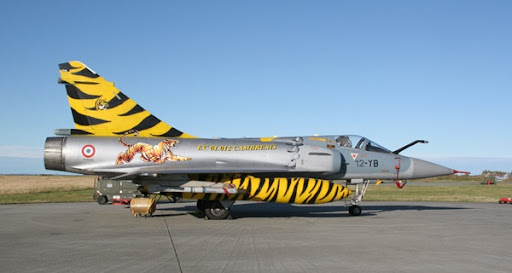 USAFE also approved with file usual admonition that nothing bad better happen. After such a bumpy start, Mike’s planning and drive got everything on track and with the help of a world of people it became a success. A couple of other events colored that gathering. We had a motley assortment of tiger emblems, but the spirit was there. 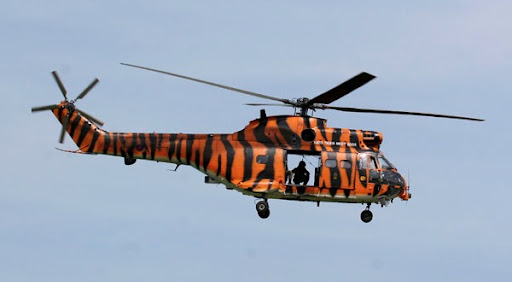 The French brought a large transport loaded with ammo boxes for the various competitions. When opened, most of the boxes contained champagne! The Biggin Hill 'Tiger Moth Club' almost invited themselves. This turned out to be a lucky move, since weather on the flyby day was about 400 ft in heavy rain. Not to be discouraged - the Moths took off in flights of three and four to do flybys and low level acrobatics. A weird day."

Somehow, that sounds much more like the Air Force officers I've known! Their sartorial habits also bear this out: 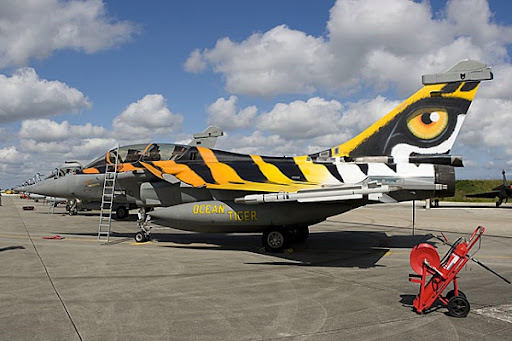 Any other kind of modifications to tiger flight suits, like big tiger heads sewn on the back, or tiger striped 'vents/pleats' also never fail to bring big smiles to all. All the ground crews have also shown lots of spirit with 'special additions' to their work uniforms. 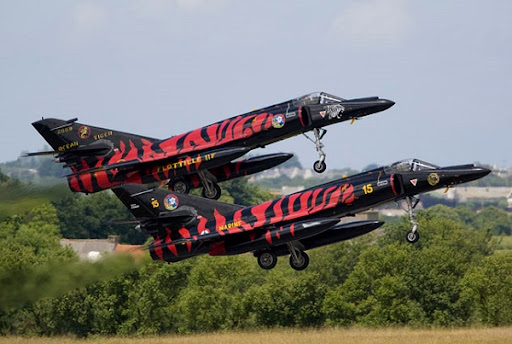 Another old tradition is the special headgear worn on arrival day. French berets, American cowboy hats, German spiked helmets, Portuguese bullfighter hats, RAF leather helmets, and others have been seen in years past when the canopies pop open. Never fails to show spirit.

Over the years, Tiger Meets have produced some spectacularly decorated aircraft. 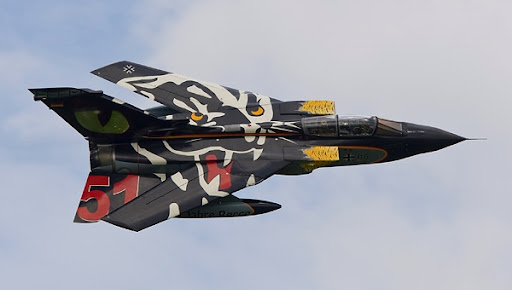 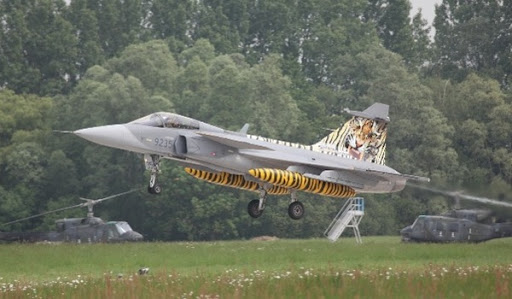 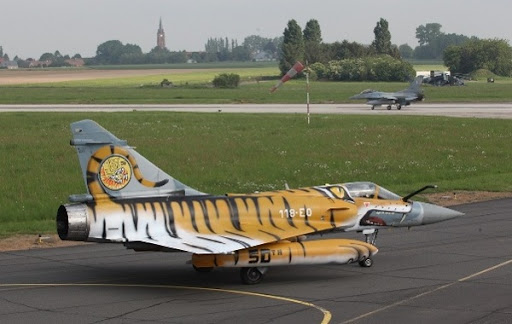 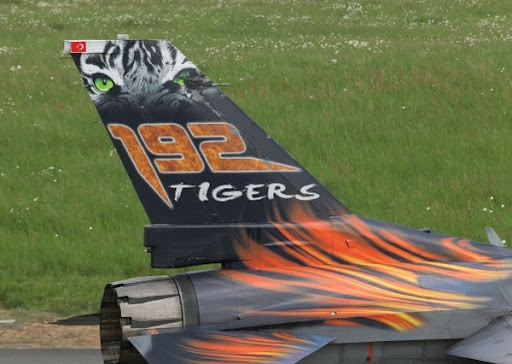 To see many more pictures of them, go to the 'Units' page of the Tiger Meet Web site and click on each squadron badge in turn. Each squadron's page will usually show an image beneath the heading 'Photo Page'. Click on that image to see a selection of pictures of that squadron's aircraft at previous Tiger Meets. Most of the pictures reproduced here have come from those squadron pages. There's also a photo page for this year's Tiger Meet.

Delta, SW, AA, Jet Blue - these people could take a lesson of how to decorate their planes! :)

Tell me that the Americans had a cartoon breakfast tiger on one of their planes...