I've been studying reports of a Taliban attack on a Pakistani naval air station with growing concern. According to Yahoo! News:

... a well-briefed and coordinated team of about a dozen Pakistani Taliban gunmen fought their way deeply inside the heavily guarded Mehran Naval Air Station in the southern port city of Karachi. Armed with AK-47s, RPGs, hand-grenades, and prepared for a long standoff with food and water, the attackers destroyed at least two U.S.-made P-3C Orion maritime surveillance planes. Unleashing RPG fire, they damaged several other aircraft, igniting blazes and setting off billowing columns of smoke. The jihadists held off Pakistani naval and army commandos for some 16 hours before finally being overwhelmed. At least 10 Pakistani soldiers were killed. 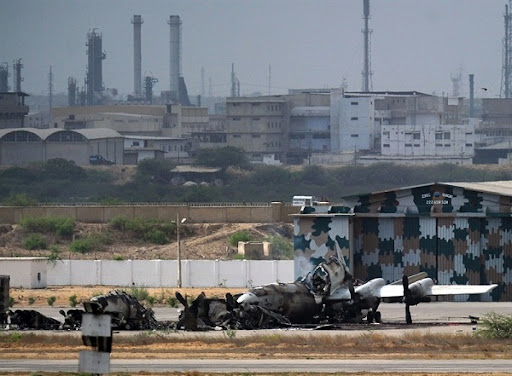 A spokesman for the Pakistani Taliban, who are largely based in the Waziristan tribal area, claimed the operation was launched to avenge the "martyrdom" of Osama bin Laden. That makes it the third such revenge attack claimed by Pakistani militants since bin Laden’s death. A double suicide bombing earlier this month killed some 90 paramilitary recruits in northwest Pakistan as they were about to set off on leave, and last week a roadside bomb injured at least two Americans who were riding in an armored vehicle near the U.S. Consulate in Peshawar.

Trouble is, Pakistan is a nuclear power, and is pushing ahead as hard and as fast as it can to expand its nuclear weapons production. The Institute for Science and International Security recently reported: 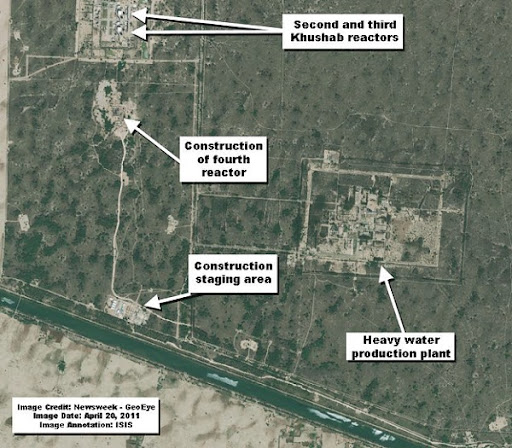 Pakistan appears to want the plutonium to improve the quality of its nuclear arsenal and build a new generation of lighter, more powerful weapons. Plutonium-based weapons can have more explosive yield in smaller, lighter packages than weapons based on weapon-grade uranium. Pakistan appears to want warheads small enough to fit on cruise missiles it is currently developing. It also may want larger yield (50-100 kiloton) fission weapons that can cause far more damage to Indian cities than its current relatively low-yield weapons. In addition, plutonium-based fission weapons could enable Pakistan to build deliverable thermonuclear weapons (i.e., hydrogen bombs). Thus, the recent activity at Khushab should be viewed as further evidence of an accelerated nuclear arms race between India and Pakistan.

In total, through 2010, Pakistan has produced enough weapon-grade uranium and plutonium for roughly 100-170 nuclear weapons. Based on available information, the number of deployed weapons is probably less. Assuming that about 30 percent of its stock of weapon-grade uranium and plutonium is located in its weapons production pipeline, stored, or otherwise unused in weapons, Pakistan has an estimated total of 70-120 nuclear weapons. It can currently add to that stock at the rate of about 7-14 warheads per year and that value will go up to 19-26 warheads per year when all four Khushab reactors are operational.

If Pakistan can't secure a critical naval air station, and allows relatively unsophisticated tribal terrorists to destroy its maritime surveillance infrastructure, just how secure are its nuclear weapons production and storage facilities? What happens if Taliban or Al Qaeda terrorists break into a nuclear weapons facility and make off with a few warheads?

I imagine that, round about now, senior security personnel throughout the Western world are reading these same reports and having apoplectic fits . . . or nuclear nightmares!

IF they can get on the base that easily, those reactors and weapons ARE at risk... period...