I've been watching the floodwaters reach deeper into Louisiana for a week now. Having lived there (a relatively short ride from the Mississippi River) for well over a decade, I know many of the sites covered on the news. I've driven many miles on US Highway 61 in Mississippi, from Natchez to Vicksburg and back. I couldn't do that now - it currently looks like this: 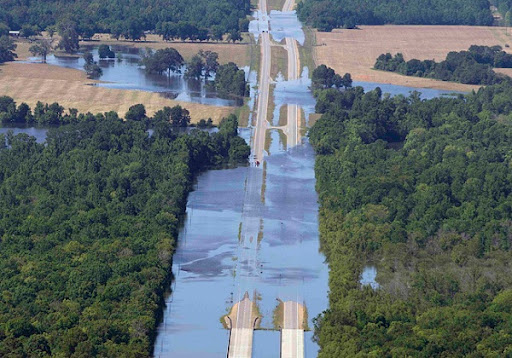 I've traveled through the Atchafalaya Basin many times. It's a fascinating place - not least because the Mississippi River is trying hard to change its channel, to flow through the Atchafalaya River to the Gulf of Mexico. Only the Old River Control Structure and, further south, the Morganza Spillway prevent that from happening. Without human intervention, Baton Rouge and New Orleans (and the Port of South Louisiana, the ninth-largest in the world in terms of cargo volume, which stretches between those two cities) would be left almost dry, virtually unusable for navigation or commerce. Now the spillways are open, deliberately diverting some of the swollen Mississippi River into the Atchafalaya Basin in order to save Baton Rouge and New Orleans from flooding. 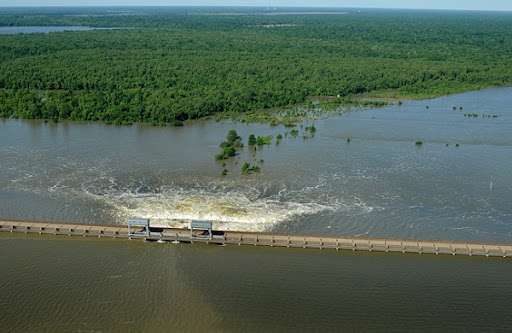 However, whilst I deeply sympathize with all those driven from their homes by the rising floodwaters, I'm furious at the evidence that some local government organizations simply don't give a damn. You may remember that one of the most controversial issues about the flooding of New Orleans during Hurricane Katrina in 2005 was that the city abandoned hundreds of school buses to be flooded, while simultaneously begging for private bus companies to bring their vehicles to the city (or be forced to do so) to evacuate residents. 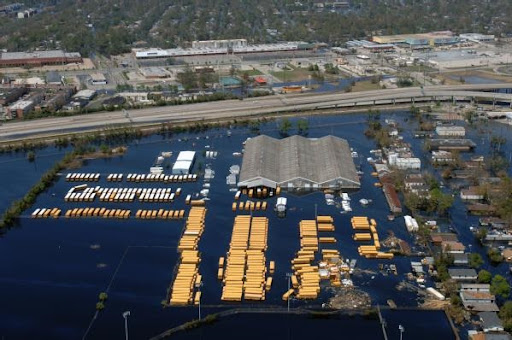 As you can imagine, this caused outrage. Yet, in the present floods, what do we see? 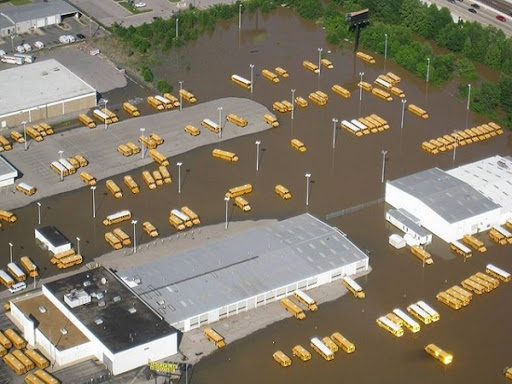 That's despicable! What the hell were the bureaucrats in charge of those school buses doing, to allow them to be flooded instead of driving them to higher ground? They had weeks of warning to prepare themselves and their facilities for these floods! And what's the bet that those same bureaucrats will now come to the city and/or State government, cap in hand, begging for more money to repair or replace the school buses damaged through their stupidity and lack of due diligence?

And yet, not a word from the Lame-stream media about it....

Deliberately flooding an area (I'm not arguing for or against it)--but imagine if our previous president had something like this occur after Katrina. Imagine the hue and cry.

And the LSM wonders why people don't trust them or turn to them for news anymore.

The Atlantic's "In Focus" feature has a series of amazing photos of the flooding and people coping with it: