I'm sure many readers have heard of, or seen, or trained with, riot guns. These are specialized weapons, usually firing less-lethal ammunition to control riots and public disturbances. Among them are the well-known 37mm. and 40mm. grenade launchers, firing ammunition such as the rounds illustrated below (images courtesy of Anthony G. Williams). 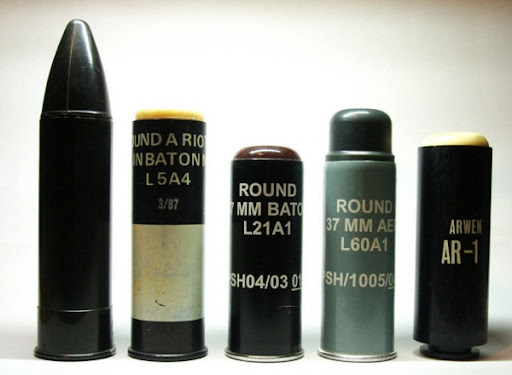 The projectiles contained in the first, second and last of the rounds shown above are illustrated below. 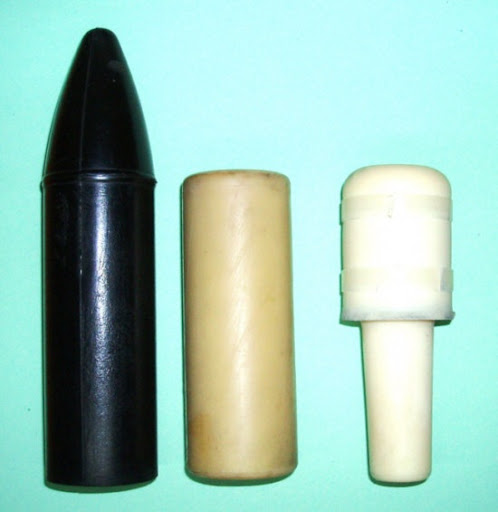 The middle projectile above is launched at a muzzle velocity of something over 200 feet per second. Weighing over 4½ ounces, it generates muzzle energy of over 200 foot-pounds. That's equivalent to a conventional handgun round in calibers such as .38 Special or .380 ACP; but because the projectile is so much larger and heavier, it delivers an external 'punch' rather than a penetrating wound.

Something like that projectile, in 40mm. caliber, is used by US forces as a crowd control weapon. Unfortunately (for him), an unwisely 'macho' soldier decided to (try to) prove his toughness against it.

Ladies and gentlemen, I give you our Doofus Of The Day!

WTF were the NCO's doing when this occurred? Someone should have lost a stripe over that.

My thought was, "Ruptured liver."

You know... it is actually kind of endearing, in that "rambunctious puppy" way.


God bless those guys. Even if they are a little nuts, it's a good kind of nuts. :)

What an idiot. What good would the round be, if it didn't knock a person on their ass and incapacitate them? He's just lucky they didn't hit him in the groin.

A little higher and a little to the left could have stopped his heart. Stupid.

Testosterone is a hormone, which incapacitates the logic centre of the brain.

Stupid, stupid... lucky he's not in the hospital

Bored soldiers. I guess the alcohol prohibition is a good thing.