What a thing to do to a perfectly good airplane!


I'm both amused and astonished to see what Japanese model-maker Hasegawa has done to special editions of its 1:48- and 1:72-scale models of some of the world's most advanced fighting aircraft. It's given them a paint scheme based on the Japanese Idolmaster arcade game, which has been adapted into an anime series. The paint schemes are also used as an add-on pack for the Xbox 360 game 'Ace Combat 6: Fires of Liberation'.

Here's what some US fighter aircraft look like in Hasegawa's anime imagination: 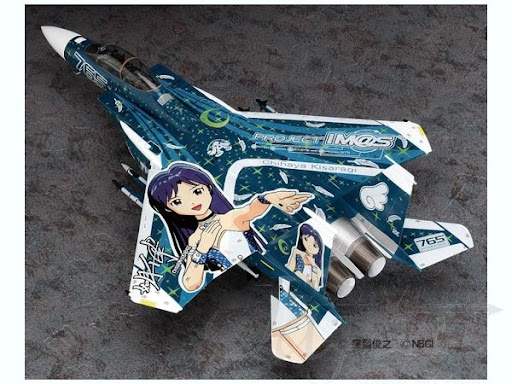 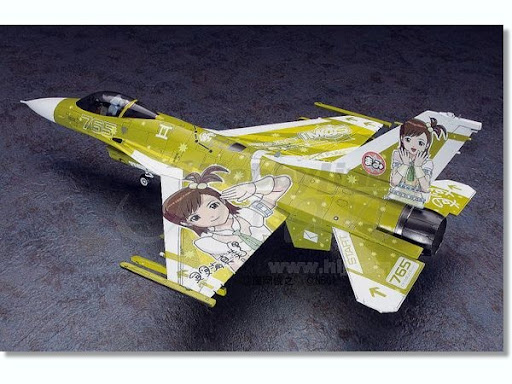 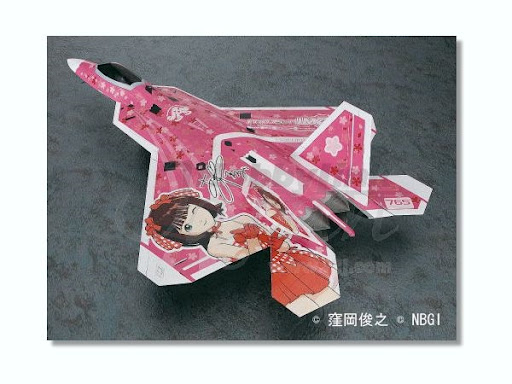 Hasegawa has released models of many more modern fighter aircraft, painted in the same way. I don't know that I recommend looking at them, but they're certainly fascinating . . . in a gruesomely appalling, vaguely repellent sort of way!

Labels: Aircraft, Boys and their toys, Entertainment, The Mind Boggles, Weird
Email ThisBlogThis!Share to TwitterShare to FacebookShare to Pinterest

The heathen Chinee is peculiar

Well, if the airlines get paid for painting ads on their planes . . .

I also imagine that if an, oh say, Osprey were painted with these things, the enemy would be laughing so hard that it would be a fairly easy victory for the US Marines or whoever.

Ohhhh, Idolm@ster. The music in those games are as popular as the characters in the Japanese corners of the internet.

xD Is it sad that I knew about the series before this post?

I don't know, but could you get an ADHD arcade-loving child to sit still for a bit and put one of these together? Even just parts of it?
Sorry, sanity rears its ugly head, again.